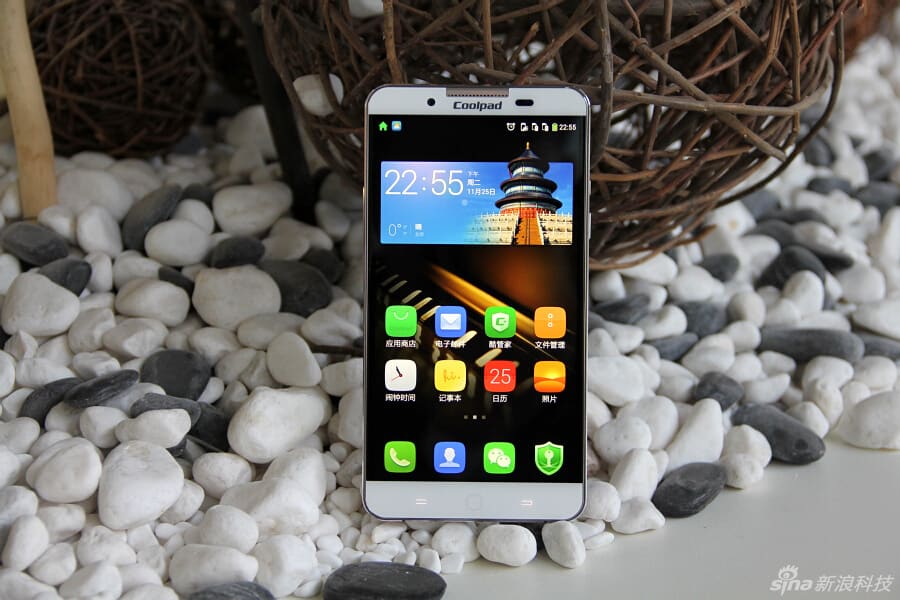 We talked yesterday about Coolpad's newest handset which comes with some interesting security features (more on that later), Platinum Dayton. Well, Chinese website, Sina Technology, managed to get their hands on the device and take a bunch of images of it. You can check all that images down below the article. As you can see, this is a rather good looking device which has a nice metallic trim all around, which seems to be really popular lately. Two 13-megapixel cameras are located on the back of the device, which is also quite obvious from these images. I'm not exactly used to seeing something like this from Coolpad and am rather surprised this Chinese manufacturer decided to release a handset like this. Anyhow, let's check out its specifications and features.

This device was released in collaboration with China Telecom and it comes with some interesting security features, as I already mentioned. Android is the OS of choice here, but it has a dual boot pre-installed. You can access a special 'secure' part of the device by pressing the button at the bottom. This mode actually blocks internet connection and its purpose is to protect your handset. The system itself is called CDS and it comes with some sort of encryption technology while it takes only 200MB (out of 3GB overall) in order to function, it also reserves 10GB (out of total 32GB) for itself. We still don't have any specifics on how it functions though.

Coolpad's Platinum Dayton features a 5.98-inch Quad HD (2560 x 1400) display along with 3GB of RAM for your multitasking needs and 32GB of built-in storage. This phablet is powered by Qualcomm's Snapdragon 801 quad-core processor clocked at 2.5GHz which comes with an Adreno 330 GPU for graphics processing. As I already mentioned, two 13-megapixel cameras are located on the back of this handset and below those sensors you'll find a dual-LED flash. 5-megapixel front-facing camera is also built-in here. Those cameras on the back have some features which let you reduce noise by 40% and it can allegedly focus the image in just 150ms, according to Coolpad at least. The device supports TD-LTE and FDD LTE bands, which means users have a 4G connection available. We still don't know when will this device be available for purchase or what will its price be, in the meantime, check the images down below.