We have a good one for you today – the all-new manly Motorola Droid Turbo, which would look great at the gym, takes on the danity Samsung Galaxy Alpha, which would look great in the executive boardroom.  Both devices are built rock solid and comfortable in the hand – the Droid Turbo is out of plastic reinforced with tough Kevlar and the Galaxy Alpha is a full-metal framed beauty.

These two devices, made by different companies have very little in common.  Both devices use the AMOLED display technology, both use a Qualcomm Snapdragon processor (although different models), both have a 32GB model, neither one has room to expand their internal memory and both are running 4.4.4 KitKat, although you can be sure that the Motorola Droid Turbo will get its 5.0 Lollipop upgrade first.

The both have the usual suspects – Wi-Fi, NFC capability, Bluetooth 4.0 and a microUSB 2.0 port for charging and data transfer.  Both devices are also VoLTE ready, although the Droid Turbo will need an OTA update.  Both devices are also an exclusive – the Droid Turbo is only available on Verizon’s network and the Galaxy Alpha is an AT&T exclusive and they both cost the same, about $200 on a two-year contract and about $600 off-contract.

Please take a look at the detailed specification and feature sheet below and there you will be able to see how they truly compare.  Then we will take a closer look at the two devices and decide which one of these great smartphones will win this comparison. 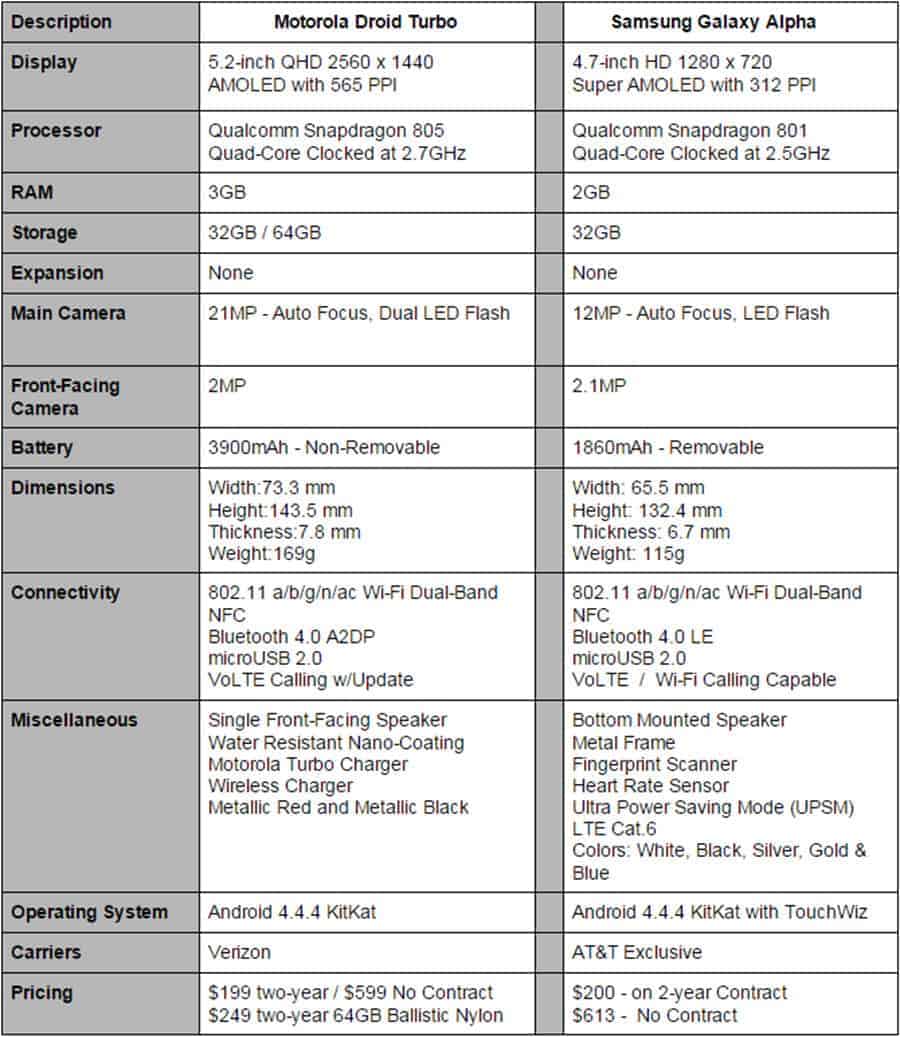 The new Motorola Droid Turbo is both very similar to other Droid entries to its Verizon heritage and yet very different at the same time.  It still has the shiny plastic back reinforced with Kevlar and the same ‘chin’ at the bottom front of the device and yet it has the innards of a top-notch flagship phone and a very respectable camera.  It’s also built solid and has the great radios that Motorola is famous for…in fact, the most disappointing thing about the Droid Turbo is that it is not available on other networks so that more people may enjoy just how good a phone this has become.

The Droid Turbo comes with a 5.2-inch Quad HD (QHD) AMOLED display with a resolution of 2560 x 1440 pixels and a crazy 565 pixels-per-inch (PPI) – this simply trumps the 4.7-inch HD Super AMOLED display of the Galaxy Alpha with only 312 PPI.  Both devices use a Qualcomm Snapdragon processor, but the Droid Turbo is using the newest 805 quad-core model clocked at 2.7GHz with 3GB of RAM.  The Galaxy Alpha is still using its predecessor; the 801 quad-core clocked at 2.5GHz couple to 2GB of RAM…the same setup found in the Galaxy S5.  When it comes to internal storage the Droid Turbo offers you two options – 32GB or 64GB – and no room for expansion.  That beats out the 32GB option only on the Galaxy Alpha, which also has no room for expansion…a strange departure from Samsung that generally always offers a microSD card slot.

When it comes to the camera on the Droid Turbo, Motorola really cranked it up compared to prior devices and cameras.  They put in a 21MP sensor with auto-focus and a dual-LED flash, although conspicuously absent was Optical Image Stabilization (OIS) – not found in either device.  This blows away the 12MP camera found in the Galaxy Alpha, but they are about equal with a 2MP and 2.1MP front-facing camera (FFC) in the Droid Turbo and Galaxy Alpha, respectively.

In other areas, the Droid Turbo’s 3900mAh battery crushes the 1860mAh battery in the Galaxy Alpha and just about anything else out there on the market.  Besides the usual features each device shares, the Droid Turbo has a great front-facing speaker, water resistant nano-coating, built-in wireless charging and it comes with the Motorola Turbo Charger that takes advantage of the Qualcomm’s 805 Quick Charge 2.0 feature.  As we mentioned, it is running Android 4.4.4 KitKat on Verizon’s network and will cost you a respectable $199 for a two-year contract. 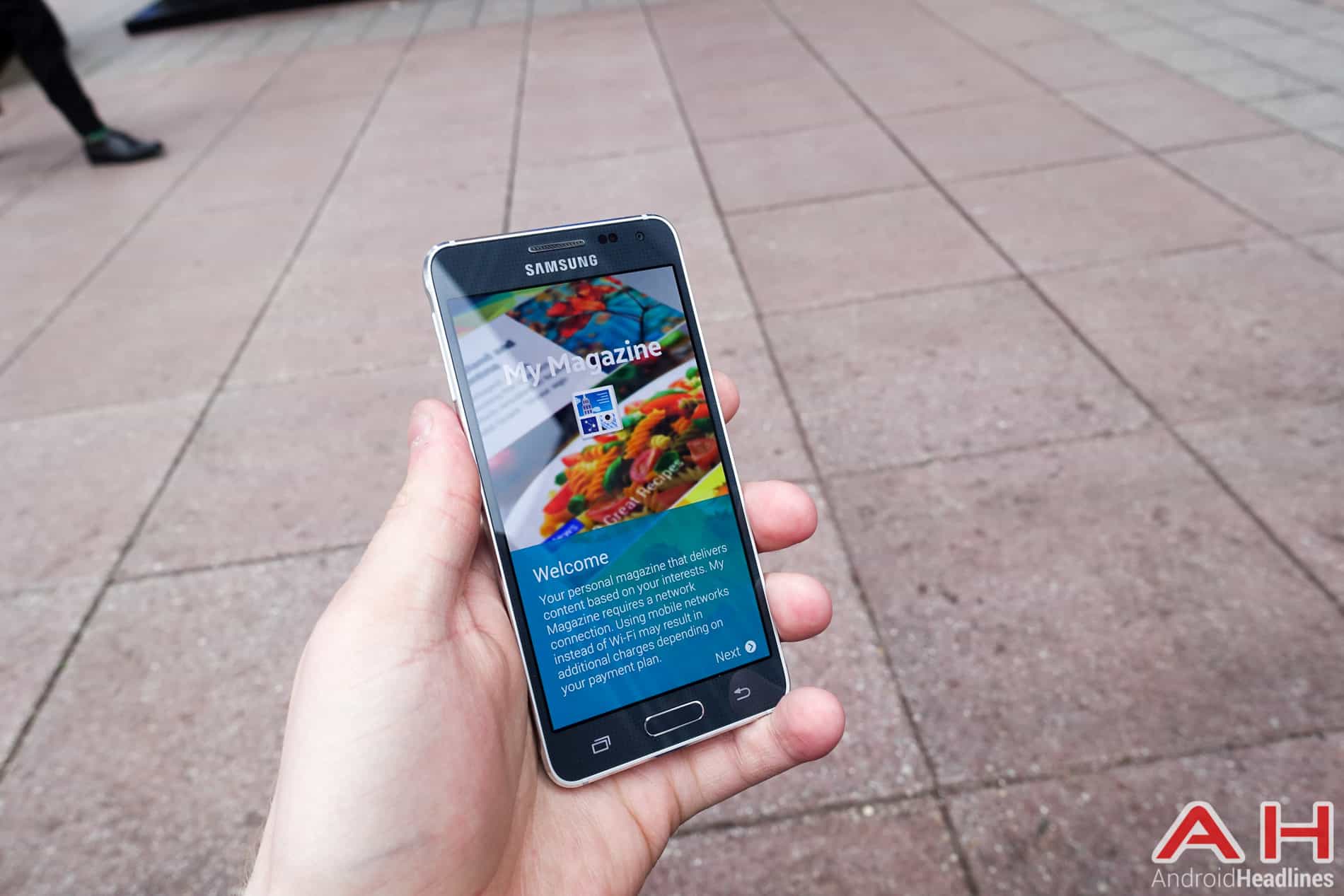 Samsung was rather shell-shocked after the initial announcement of the Galaxy S5 – while a solid all around device, it was mocked for their use of plastics and no QHD display.  Samsung fired back with an all-metal framed Galaxy Alpha with beautiful metal edges, sculptured at the corners and a faux leather material on the back, similar to what is found on the Galaxy Note series.  It was nice looking and had a solid build, but it lost the Full HD display, replaced it with only an HD display, yet charged a premium price and then made it an AT&T exclusive – one wonders if Samsung will ever get things straightened out.

The Samsung Galaxy Alpha basically took a Galaxy S5, made it out of metal, shrunk the display to 4.7-inches, but then only gave it a 2012 HD display of only 1280 x 720 pixels with 312 PPI, and this is way below the AMOLED display on the Droid Turbo at 565 PPI.  The display on the Galaxy Alpha looks great, but just not as crisp or detailed.  We commented that while both devices use a Qualcomm Snapdragon processor, the 801 model in the Galaxy Alpha does not have quite the capabilities of the improved 805 model found in the Droid Turbo.  The 801 lacks the graphics and better battery management found in the 805.  The Galaxy Alpha, as in the Galaxy S5 only has 2GB of RAM compared to 3GB of the Droid Turbo.  Neither device offers expansion of the internal memory…unusual for a Samsung product, so you will have to be content with only 32GB…not even a 64GB option here like is found on the Droid Turbo.

Let’s look at the other features that help define the Samsung Galaxy Alpha – It has a bottom mounted speaker, a fingerprint scanner, Heart Rate Sensor, is LTE Cat.6 capable and uses Samsung’s Ultra Power Saving Mode (UPSM).  It too is running Android 4.4.4 KitKat with Samsung’s infamous (not in a good way) TouchWiz overlay.  It can be purchased exclusively on AT&T’s network at $200 on a two-year contract or $613 off-contract. 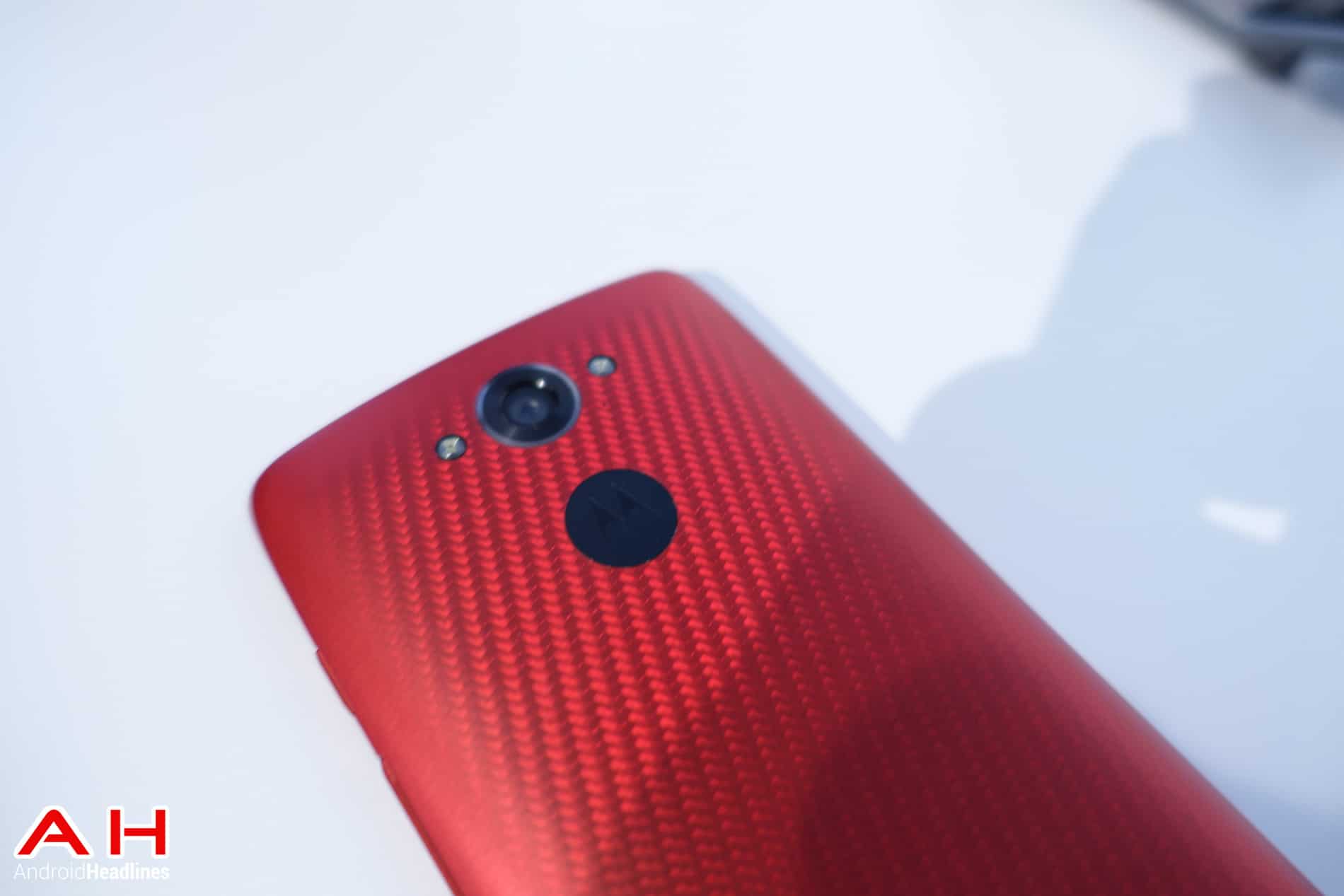 While I like the look and feel of the Samsung Galaxy Alpha better than the Motorola Droid Turbo, facts are facts and specs are specs – the Droid Turbo just sends the Galaxy Alpha packing with it’s high price tag…the Droid Turbo offers real value for your hard earned money.  The Droid Turbo has a larger display and a QHD display, it has the newest processor, more RAM and an option for 64GB of internal memory.  The camera is much larger with dual-LED flash and the battery is huge, not to mention the nano-coating for water repellent, wireless charging, and the inclusion of the Motorola Turbo Charger is a great touch. You also get Motorola’s great radios and software features and promises of quicker Android OS upgrades than other manufacturers provide…especially Samsung.

The Samsung Galaxy Alpha is a great looking device and perfect for a suit pocket or small Gucci handbag.  It will perform quite satisfactory for that crowded, but for a more hardcore user, a 4.7-inch 720p display, 2GB of RAM, 32GB of storage, and 12MP camera will simply not cut it, especially for the price.  Yes, it has a fingerprint scanner and heart rate sensor, but those are not enough to triumph over the Motorola Droid Turbo…the winner of this comparison.

Please hit us up on our Google+ Page and let us know which of these two devices you would pick as the winner of this comparison and WHY…as always, we would love to hear from you.