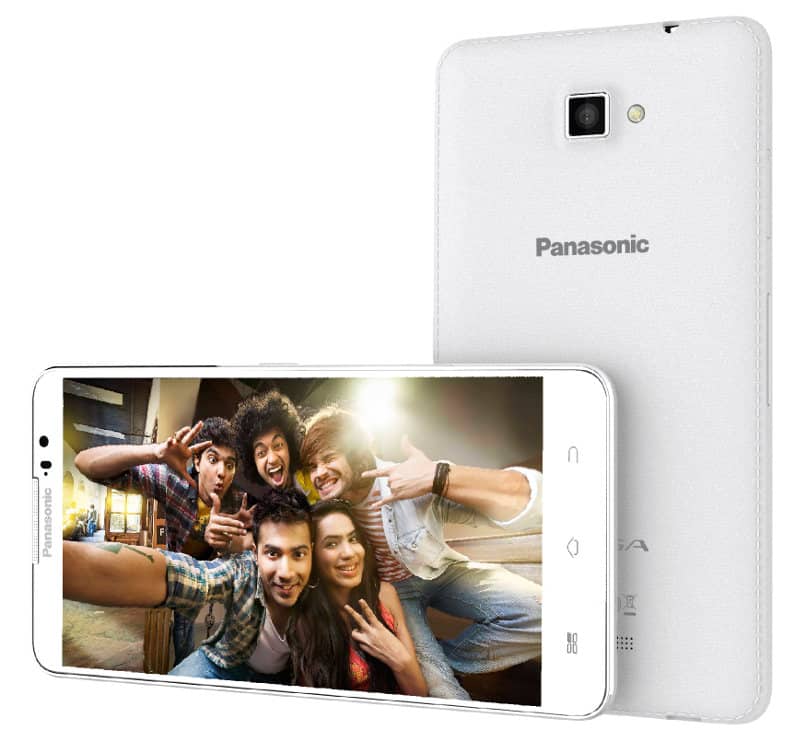 Last week we saw Panasonic launch its P55 phablet for Rs. 10,290 in India, and now today we have them announcing the launch of their third handset in the Eluga range, the S model. The Eluga S will be available in both black and white variants, with a price tag of Rs. 11,190 ($182) and featuring a stitched faux leather finish on the rear panel.

So what will you be getting for that price tag? Unlike the P55, the Eluga S isn’t a phablet device. Instead its a very pocketable device with a 5-inch HD IPS display, with a 1280 x 720 resolution. Although it isn’t a Full HD display, you shouldn’t notice it too much on that size screen. The handset is powered by a MediaTek ‘True’ Octa-Core processor that is clocked at 1.4GHz. There’s 1 GB of RAM present with 8GB of internal storage that can be expanded by up to 32GB thanks to the included micro-SD card. The Eluga S weighs in at 135 grams, and is 7.9mm thick and has a bettery capacity of 2,100mAh which should get you nicely through the day. Being a handset aimed at the India market, the Eluga S carries support for Dual-SIM’s, along with the usual 3G/HSPA+, WiFi b/g/n, Bluetooth and GPS functions. The handset will launch with Android version 4.4 KitKat installed, with Panasonic’s Fit Home UI interface included.

Now we can talk about the cameras, and here we have the usual 8MP camera with LED flash on the rear of the device. Now we get to the Eluga S’ party trick. It’s front-facing camera is a 5MP affair, perfect for taking high resolution selfies. Indeed, the Eluga S has a neat trick called Blink Play which activates the camera shutter and initiating a 3-2-1 countdown when the user blinks. How nifty is that? Other software features include Kwik lock, which works much like LG’s Knock on functions by allowing the user to unlock the display by tapping on it twice. Pansonic have also pre-installed their Pop-i Player and Music Cafe apps.

The Eluga S should become available to purchase from the third week of November (in the next ten days or so) for Rs 11,190 from the usual places. A flip cover and screen protector are included in the price. Let us know in the comments below or at our Google Plus page what you think of the Eluga S smart phone.