Moving away from all the Nexus and Lollipop news, and we can see that Panasonic are in the process of launching a whole batch of devices in the Indian market. From the T9 handset that is on sale for Rs. 3,750 ($61) to the T40 smart phone selling for Rs. 5,990 ($97), with Panasonic announcing the launch of the mid-range P55 Android phablet earlier today.

The Panasonic P55 sports a 5.5-inch IPS HD display with a resolution of 1280 x 720. A Quad-Core processor of an unspecified manufacturer is clocked at 1.2GHz. There is 1GB of RAM on multi-tasking duty, and following the decidedly mid-range level of spec is the 4GB of internal storage. although this can be augmented by up to 32GB thanks to the included support for Micro-SD cards. The P55 weighs in at 148 grams, with dimensions of 149.7 x 77 7.9mm which make it a little wider and longer than the LG G3, but also around 1mm thinner. There is a 2,500mAh battery present, it’s not the biggest battery we’ve ever seen on a phablet, but it should get the user through the day with normal usage.

On to the cameras, and here we have a more than adequate 2MP front-facing sensor on selfie and video chat duties, with an 8MP camera on the rear along with LED flash and auto-focus. The pictures aren’t going to win you awards, but they will get the job done. Support for Bluetooth 4.0 and WiFi bands b/g/n is included, along with FM Radio. As with most smart phones that are released in India, the Panasonic P55 offers Dual-SIM compatibility with Dual-band GSm 900/1800MHz.

The P55 runs Android version 4.4.2 KitKat out of the box, and Panasonic have included software features such as Pop-i Player, Music Cafe and Gesture Play. One feature that might prove useful is the Tap Play function, which works in pretty much the same way as Knock On does on LG devices. By double tapping the device’s display, you can either wake the device up or put it to sleep. Having owned the LG G2, I can tell you its a feature you will come to take for granted.

Finally, the Panasonic P55 phablet will go on sale later this week for the price or Rs. 10,290 ($167). What do you think? If you are in the market for a value for money phablet, does the P55 hit the sweet spot? Let us know in the comments or at our Google Plus page. 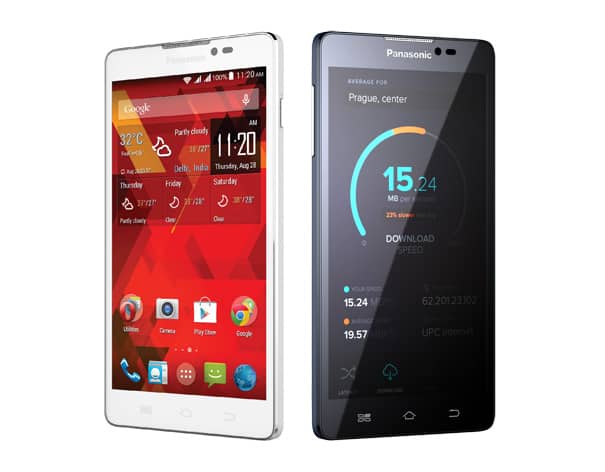