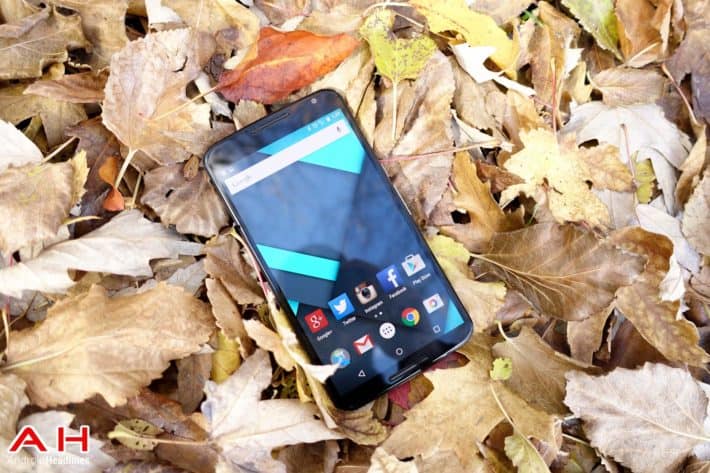 Google's newest handset, Nexus 6, is making its way to the US carriers. AT&T has announced the availability of this monstrous phablet earlier this week and now Sprint has done the same. You can get this handset for $0 down (plus sales tax) if you decide to go with Sprint's Easy Pay plans, which means you'll have to pay $29 monthly for the next 24 months. You can also sign a 2-year contract with Sprint, in which case you'll get this handset for $299. Sprint also listed the full retail price of this handset, $696, though you can't purchase it without some sort of a contract, at least not yet. Sprint will quite probably make this option available to you as well, soon. We're still waiting on Verizon as far as Nexus 6 availability is concerned, AT&T will ship the device on November 18th (if now accepting pre-orders) and T-Mobile faced some delays and will stock this handset from November 19th. Anyhow, if you're interested in getting Google's newest Nexus handset from Sprint, follow the source link down below.

Google Nexus 6 truly is a premium device and as such it carries a premium price, which is something new for Google actually, it seems the company's Nexus line is moving into that direction. Nexus 6 features a 5.96-inch Quad HD (2560 x 1440) AMOLED display along with 3GB of RAM for all your multitasking needs and 32 or 64GB of non-expandable internal storage. This phablet is powered by Qualcomm's latest Snapdragon 805 quad-core processor clocked at 2.7GHz which comes along with an Adreno 420 GPU for graphics processing. On the back of this device, you'll find a 13-megapixel OIS (Optical Image Stabilization) camera while there's a 2-megapixel shooter located on the front of the device. Nexus 6 ships with Android 5.0 Lollipop and a non-removable 3220mAh battery. The Nexus 6 measures 159.3 x 83 x 10.1mm and weighs 184 grams. This is a 4G LTE capable device and it has the usual array of sensors included, of course.

Did you manage to get your hands on the Nexus 6 just yet? If not, do you intend to do so and will you get it directly from the Google Play Store or through one of the carriers?