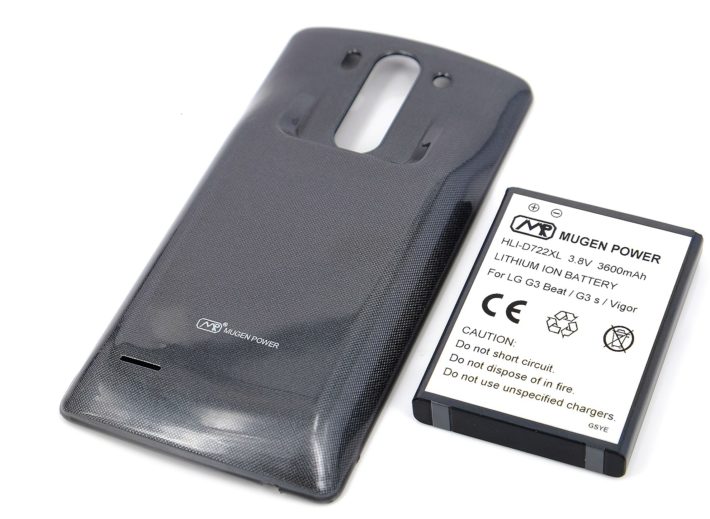 One of the big selling points for a new device these days is the battery life. It seems as the bigger phones physically become, the bigger battery they can cram inside. Of course bigger physical batteries do inevitably add somewhat to the weight of the device (as well as the general size when in-hand). However, that seems to be a happy enough trade-off for those of us that need more power. With these phones coming with faster processors, bigger RAM and a much more multi-task nature then my beloved Nokia 3310 used to be, bigger batteries are certainly needed. Still, if your stock battery is not up to the task then not to worry. There is always a number of after market extended batteries available. If you are an LG G3 owner and more specifically an LG G3 S owner. You may know the LG G3 S as the LG G3 Beat….otherwise also known (AT&T and Sprint) as the LG G3 Vigor, then a new and powerful battery is now available to purchase. The folks over at Mugen Power has now released a 3600mAh battery for the LG G3 S.

The new battery is listed as being the same physical size as the current stock battery, but is roughly a third more powerful than the 2540mAh stock battery. Due to the battery being the same physical size as the original there should be no issues in how the battery fits inside your device or increased weight. Furthermore and in spite of the battery only being roughly a third bigger than the original in terms of power Mugen do note that the extended battery should increase battery usage by up to 42%. If you are interested in giving this battery a go then it is currently available via the Mugen Power website. The battery will set you back $79.50 and shipping is available worldwide. It is probably worth noting though that the shipping dated listed on the website is currently November 21st so you will have to wait for the battery if you order now. Do also remember this is only for the LG G3 S (Beat/Vigor) variant and as such probably shouldn't be used on any other device.

For other LG G3 variant owners you should probably check out the whopping Mugen Power 6200mAh battery we reported on back in September. If you are worried about new batteries you shouldn't be about these ones. Mugen Power is a well-known battery manufacturer and these products go through extensive and rigorous testing for safety and performance. So anyone interested in picking up one of these?