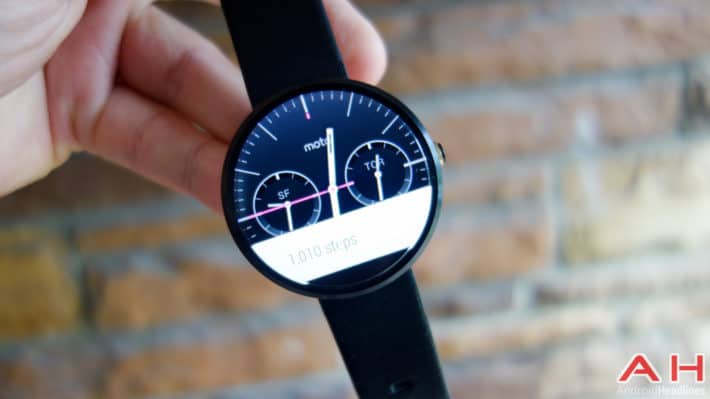 The Moto 360 is a gorgeous device, and currently one of only two Android Wear smartwatches that feature a round design. It is a classy, elegant watch, and for those of us holding out for the official metal bands, the wait is now over. AT&T has posted the metal band variants of the popular smartwatch on their website, and now one can purchase individual bands for their device as well. The aircraft-grade stainless steel bands are available in two colors, silver and black, while the leather bands come in three different flavors: black, gray, and brown. The leather bands will sell for $30, but if metal is what you're after, prepare to part ways with $80. Not available yet, however, are the slim bands Motorola announced, or the champagne finish.

The Moto 360 was the first Android smartwatch available with a round display, followed by LG's G Watch R. Motorola has taken a very fashion-conscious approach when designing the Moto 360. The 1.56 inch round LCD has some very nice looking watch faces to match the round design; nobody is going to confuse this with the nerdy calculator watches of the 90's. Durability is also a focus here, with scratch-resistant glass and IP67 water and dust-proof certification, you don't have to be afraid of wearing your watch while out and about. Motorola has realized that for a smartwatch to be successful, it not only has to perform as a functional companion to your smartphone, but also as a high-tech fashion accessory. Smartwatches are still a relatively new class of device, and having a smartwatch that actually looks like a watch instead of an odd plastic gadget strapped to your wrist is a great step towards gaining popularity in the market. I think they've really pulled off a great marriage of fashion and functionality here, everything from the all metal build, to the Qi wireless charging sets the Moto 360 above the other smartwatches currently on the market.

Now that the Moto 360 is available with the tri-link metal bands, it's a good time to take advantage of the $50 bundle discount with the Moto X, if you don't already have one of these devices. Will you be picking up a new band to accessorize your smartwatch, or have you been waiting to buy the 360 with the metal band included? Let us know what you think!