With Android 5.0 Lollipop inching its way out in the form of Factory Image here and there and the full AOSP release, it's clear that Google's latest version of Android is upon us. Outside of Google and their Nexus line of devices however, a handful of manufacturers have come forward and promised a swift update to Android 5.0 Lollipop, or at least offered information that they will indeed be upgrading all of their devices to Android 5.0 Lollipop. LG is one of those manufacturers and they've already teased an update before. Now though, screenshots of what could be LG's upcoming Lollipop update for the G3 have leaked out. 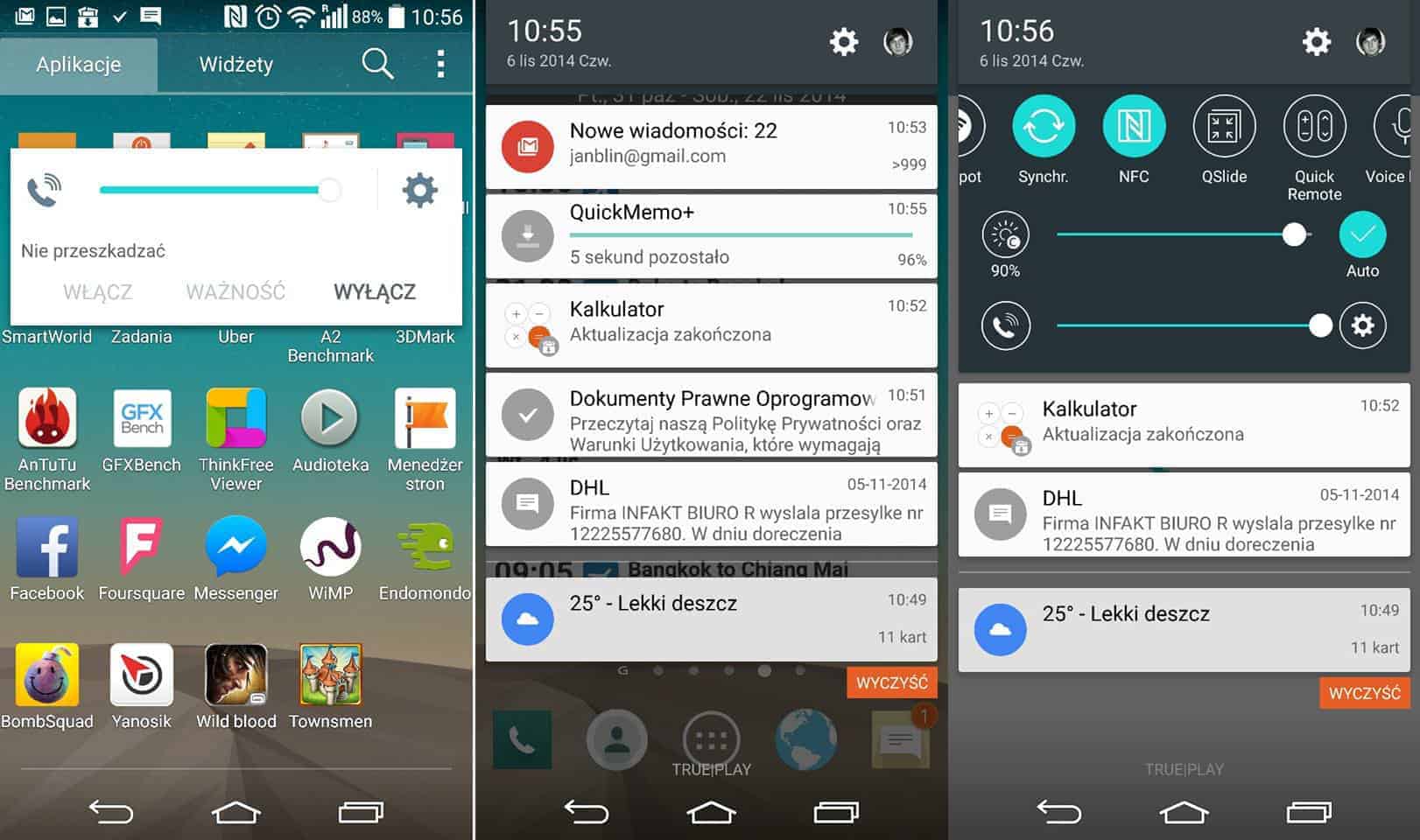 The blog, Life's Good has managed to get their hands on what looks like LG's take on Lollipop and while it's pretty clear LG is sticking with their overall look and feel, it seems that they're going to be adopting Android 5.0's new approach to notifications. In the screenshots above, the notifications are appearing as cards just as they do on the Nexus 6 and Nexus 9, and it looks like a further tug gets you your quick settings. While these are still in LG's trademark style for the G3, it's nice to see them adopt the common workings of Android 5.0 Lollipop.

For the most part, users don't really mind a device looking different, but when Android no longer works like Android does, that's when things start to get complicated. Hopefully, LG keep the inner workings of Lollipop alive and well. Not only that, but here's hoping that LG is on the right track to introduce their Android 5.0 Lollipop update nice and quickly. With everyone else promising a 90-day turnaround, and Motorola looking to beat Google themselves to it, it'd be great for LG to show that they've turned things around when it comes it to their updates by releasing a timely Lollipop update. Just when the Lollipop OTAs start rolling out for everyone is another thing entirely and until we hear from LG we can only imagine it'll be before the end of this year or early next.