Well folks, its been a loooong time coming but the wait is finally over. After a long period of speculation and months of the L Preview release Google are now in the process of adding Android 5.0 (Lollipop) officially to the Android Open Source Project (AOSP). You may think that this would consist of a grand unveiling or big launch event like we typically see from all the OEM’s but that is not the case. Instead, and in a rather understated way the build of Lollipop is simply being added to the AOSP repository. In spite of its underwhelming nature make no mistake this is a milestone in terms of Android’s history and now ‘lollipop-release’ as it is being catalogued is here, present and correct. For those interested the build is going under the build number LRX21M

So what does this mean. Well in short, it means game-on for the OEMs. They have all been promising you that you can expect to receive Lollipop to your various devices within ninety days of the public release of full Lollipop. Well, this is the start marker and the starter pistol has just been fired. Now, the OEMs will have all of Lollipop at their disposable. This means all of the source code in full and unadulterated. That’s all the code, all the new bits, all the excitement and all ready for public consumption.

At present the upload is still in progress and due to the size and dramatic change that Lollipop brings it is likely the upload will take the best part of the rest of the day. As such there is little we can comment on in terms of what’s on offer. However, with that said the very nature that Lollipop has finally gone live is enough news in itself. The onus is now very firmly on the OEMs to keep to their word now and get cracking on Lollipop for all of the promised devices. For now, it is just simply time to officially welcome lollipop to the android family. Hello Lollipop….would you like a KitKat…I suddenly don’t want mine anymore. 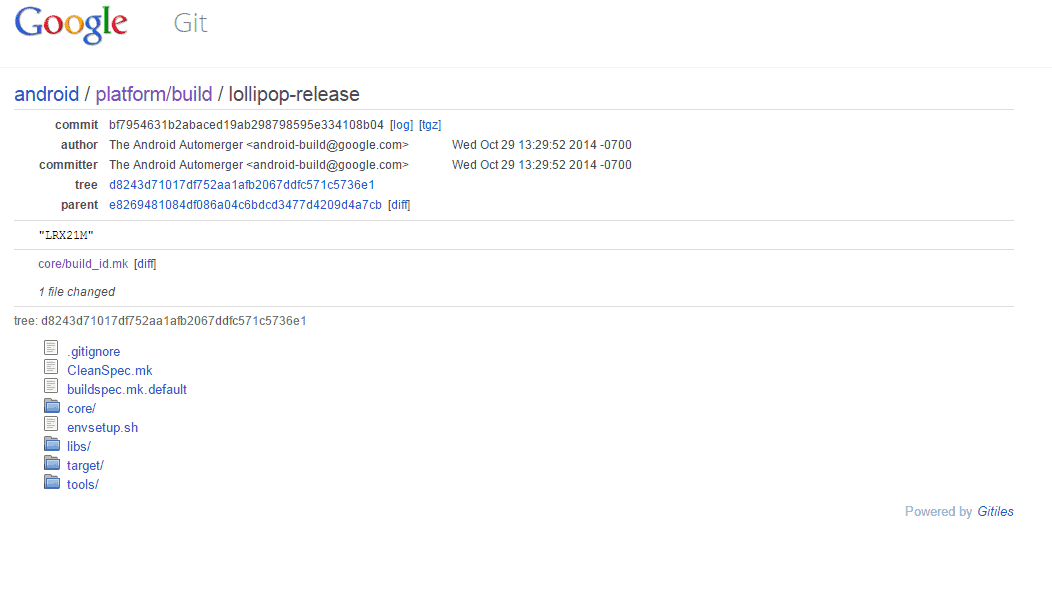