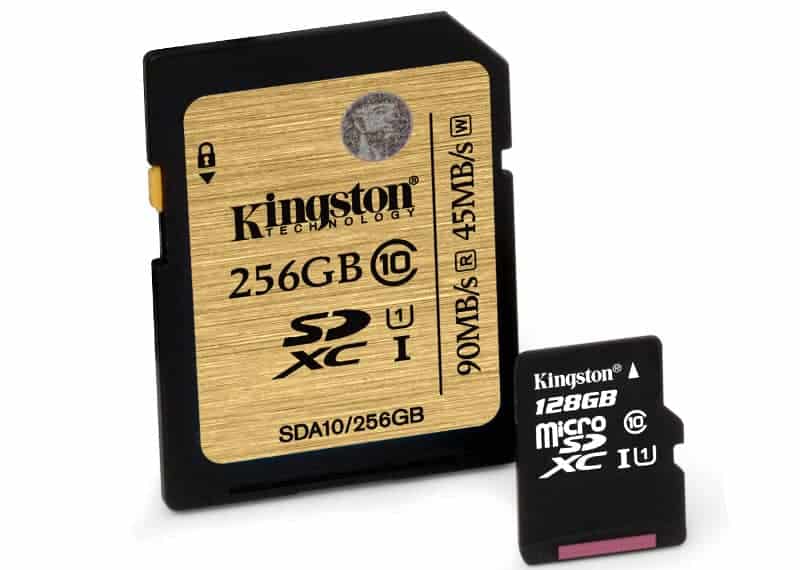 Ten years ago, I was planning a road trip from the icy wasteland of Northern England to the sunny paradise of the Italian Lakes and as part of this, I was insisting on bringing with me a portable navigation unit. That's mostly because, whilst my French is passable and my Italian is bearable, I struggle in some parts of the UK (you're kidding? – Ed). I didn't want to get lost. I opted for an Acer N-series PDA, which ran an earlier version of Microsoft's mobile operating system and had built-in GPS, which was a rarity back then. I'd planned my routes and determined that I needed around a gigabyte of storage for the mapping data, but 1 GB SD cards were still very expensive, so I bought five 256 MB cards (I figured I would have a spare). And now, ten years later, Kingston has announced a 256 GB Class 10 SDHC / SDXC memory card for cameras, plus a high performance 128 GB MicroSD card for smartphones and tablets. The MicroSD card is the more interesting for us Android fans as there aren't any devices that support the SD format, and this supports a minimum data transfer speed of 10 MB/s.

When picking out a MicroSD card for your Android device, there are two golden rules I recommend. The first is pick a reputable brand with a good reputation and the second is, get a much faster, higher capacity card than you think you need. The reason for opting for a reputable brand is because you're quite likely to be using the memory card for memories – pictures, video clips – and for a time at least, these copies will be the only copies that you have of aforementioned media. You really don't want to find out that little Johnny's first steps recorded on your Samsung Galaxy S4 have been lost forever because the card died on you. As for the space and performance of the card; modern smartphones capture high quality images and video and can gobble through media space exceptionally quickly. If your memory card is too slow, your device will make you wait before you take another image, or it'll stop recording video or worse, it could crash and corrupt the information already on the card (you would be unlucky for this!). Plus, buying the right card could save you having to replace it after you upgrade your device in a couple of years time.

Kingston will be selling the MicroSD card together with the adapter, so that we can easily use the card with laptops and computers that have a SD card slot. It will come with a lifetime warranty and free technical support and is fully compliant with the SD Card Association Specification. We've no word on pricing or release date just yet, but we expect these two cards to be coming very shortly.

Advertisement
Trusted By Millions
Independent, Expert Android News You Can Trust, Since 2010
Publishing More Android Than Anyone Else
8
Today
62
This Week
63
This Month
4828
This Year
106305
All Time
Advertisement