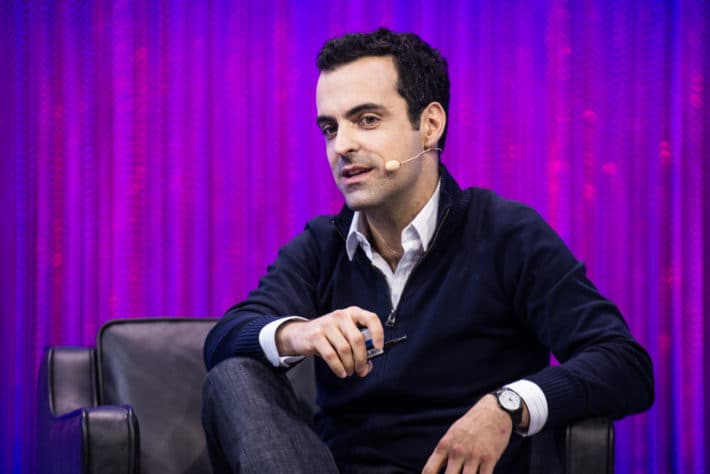 It seems that we write more about Hugo Barra now than when he was with Google only a year ago, before he defected to Xiaomi.  It appears that it what was Google's loss was really Xiaomi's gain and a good move for Hugo – Xiaomi was founded in 2010 and has already become China's largest smartphone provider, beating out rivals Samsung and Apple and even other China manufacturers like Lenovo and Huawei.  Hugo was brought into Xiaomi for one main purpose – expansion.  It is no secret that if you want to be the biggest and best at something, you must do it globally, and while Xiaomi is well aware of this – they brought in Hugo – however, they know that it must be done slowly and methodically.  You do not want to expand so fast that quality, service and distribution suffer, but not too slowly in the fast-paced world of mobile devices.

Xiaomi even renamed their Indian unit – Mi – and placed it in Hugo Barra's capable hands.  He says that although it is a 100-percent subsidiary of Xiaomi, he thinks of it as building another company.  He says they are setting up quite an operation there – warehouses, methods of getting the product from China to India and then to Flipkart's warehouses (the designated seller in India), delivery people, security people, and customer support for after-sales service.  Selling is easy enough with e-commerce online, but even with the 100 service centers they have already set up, many customers still have to drive great distances to get to one.

The Indians cannot seem to get enough of the Xiaomi phones and Hugo was asked why they cannot get enough of them into the country.  Hugo says that they want to sell many phones there, but more importantly they want to be there for the long haul and want to "brand ourselves into the fabric of this country."  He says that they need to start out small and listen to what the people want – one of Xiaomi's ways of doing business…they incorporate users' ideas into the next device.  Hugo wonders what would happen if they sold a million phones at once and there was a problem…how would they handle it.  So they intend on taking their time and "ramp up carefully."  They also must build India-specific services into their Mi experience and cater to the specific needs of Indian customers.

Hugo believes that India is in the middle of a "tech renaissance" and moving from a back-end type of IT existence to a front-line source of innovation.  Mi has their office in Bangalore, right next to InMobi – India's equivalent to the U.S.'s Silicon Valley.  The internet startup in India is going much faster than it did even in China and Hugo said he loves being in the center of it and a part of it.  Besides having their own engineering schools in India, many people are coming back to work there…Hugo said that one of his friends from Google is coming back.  He said that India wants that diversity of people from all over the world.

Hugo said that to help with their image from earlier security problems, Xiaomi was in the process of moving most of their servers to Singapore because it is an ideal internet hub, with strong connections to the U.S and Asia.  He said that they use AWS (Amazon Web Service) and they also have their data center in Singapore.  Getting back to India, he was asked what their next product would be and he answered the RedMi Note, as they have already brought over their power bank.  There is also the Mi4 and Hugo claims they have an amazing 4K, 49-inch TV that he would like to see in India and retails for Rs40,000 ( US$650).

Hugo Barra and Xiaomi have big plans for India, but are taking it slow and building a huge infrastructure to support their products before they start selling millions of them…and they will.  But India is only the beginning as they will definitely want to get into Europe and the U.S. markets, but not before they do their due diligence.  Please hook up with us on our Google+ Page and let us know if you are looking forward to Xiaomi or Mi devices coming to the U.S…as always, we would love to hear from you.