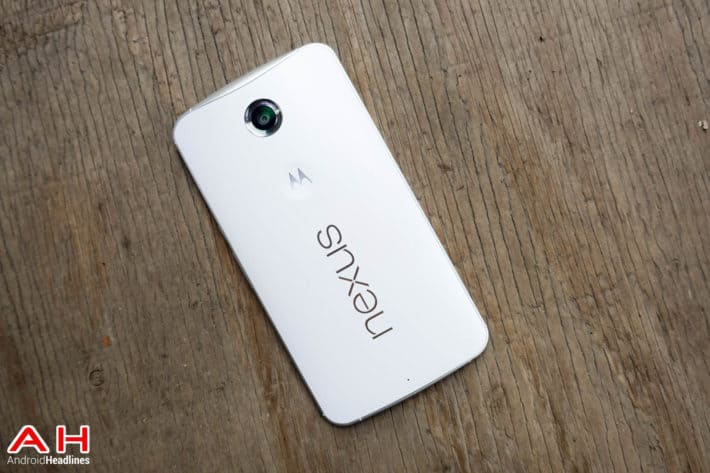 Google has launched company's newest Nexus hardware and software last month. Nexus 6, Nexus 9 and Nexus Player were launched as far as hardware goes and Google also released the newest version of company's OS, Android 5.0 Lollipop. Android 5.0 is making its way to Nexus devices as we speak, as well as some Motorola offerings and will soon hit the rest of the mobile space. Nexus 6, 9 and Player are available in certain parts of the world and everything is nice and dandy, for the most part. I bet that some of you would like to get a closer look on what lays inside of Google's newest phablet, well, you can do that now.

A well-known repair-it-yourself portal, iFixit, got their hands on a Nexus 6 and took it apart, showing us all the pieces hidden on the inside. If you're interested in taking a look at the teardown images, you can check those out in the gallery down below. The conclusion? Well, iFixit gave it a 7 out of 10 repairability score. They listed three reasons why that score isn't higher, first, the glued-in battery is less accessible than it should be. Further more, several components (vibrator, SIM slot, speaker and a USB port) are soldered directly to the motherboard and they would be rather difficult to replace. The last reason has to do with the digitizer, it is fused to the display which increases repair costs for a cracked screen, though it is easy to get to the bare display assembly, according to iFixit. This portal provided a step-by-step explanation of the teardown along with the commentary which you can access if you follow the source link below, it is a rather lengthy read.

Nexus 6 features a 5.96-inch Quad HD (2560 x 1440) AMOLED display along with 3GB of RAM for all your multitasking needs and 32 or 64GB of non-expandable internal storage. This phablet is powered by Qualcomm's latest Snapdragon 805 quad-core processor clocked at 2.7GHz which comes along with an Adreno 420 GPU for graphics rendering. On the back of this handset, you'll find a 13-megapixel OIS (Optical Image Stabilization) camera while there's a 2-megapixel shooter located up front. Nexus 6 ships with Android 5.0 Lollipop and a non-removable 3220mAh battery. The Nexus 6 measures 159.3 x 83 x 10.1mm and weighs 184 grams. This is a 4G LTE capable device and is available in Midnight Blue and Cloud White color options. If you're interested in getting one, you can get it in select markets all over the world, U.S., Canada, India, UK… the device is available straight from the Google Play Store, it is also available for purchase on contract from certain carriers, like T-Mobile, AT&T and Sprint in U.S. and it will be available from Verizon and U.S. Cellular soon.