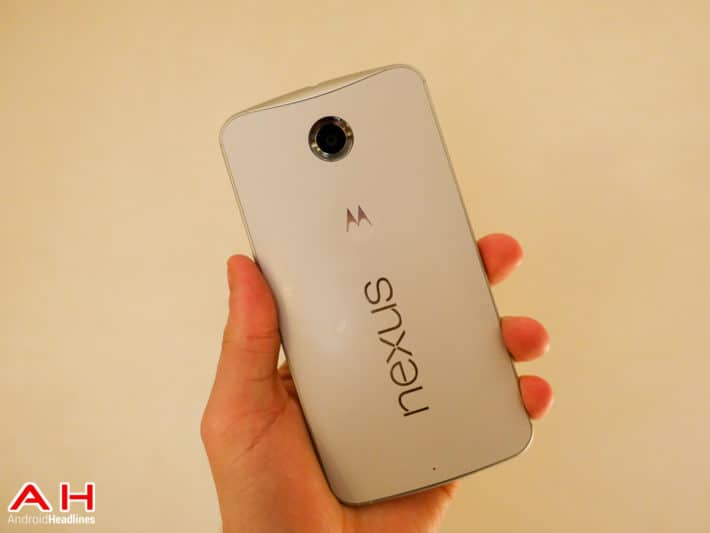 So, finally, Best Buy has their hands on the Nexus 6 and will be selling it beginning today. However, they are only selling it for AT&T and Sprint right now, and they only have the midnight Blue. Which seems to be the more popular choice anyways. It'll also cost you $249.99 with a new contract on either carrier. Unfortunately, Best Buy is not doing off contract or unlocked Nexus 6's right now. And we already know that the AT&T model has some branding as well as some bloat pre-installed, unfortunately.

For those that need a refresher, the Google Nexus 6 sports a 5.96-inch 2560×1440 resolution AMOLED display, Qualcomm Snapdragon 805 processor, 3GB of RAM, 32GB of storage, a 13MP camera on the back with a 3220mAh battery inside. Not to mention it is also running on Android 5.0 Lollipop. We've been using the Nexus 6 for quite a while now and really like the device. Even though it is a bit larger than we'd like, it's still a great smartphone from Motorola and Google with pretty decent battery life for a Nexus, and it's great that it'll be on all the carriers here in the US, eventually.

There's still no word on Verizon or US Cellular. But I'm sure Best Buy will have those models in stock as soon as they can sell them. I'm willing to bet that Verizon is holding out so they can sell more DROID Turbo's as that is what they are really pushing right now. And it wouldn't surprise me in the least. They've done it before actually. How many of you on Sprint or AT&T are going to run to Best Buy and pick up a brand new Google Nexus 6? If you do decide to make the jump to the Nexus 6, be sure to let us know your thoughts in the comments down below.