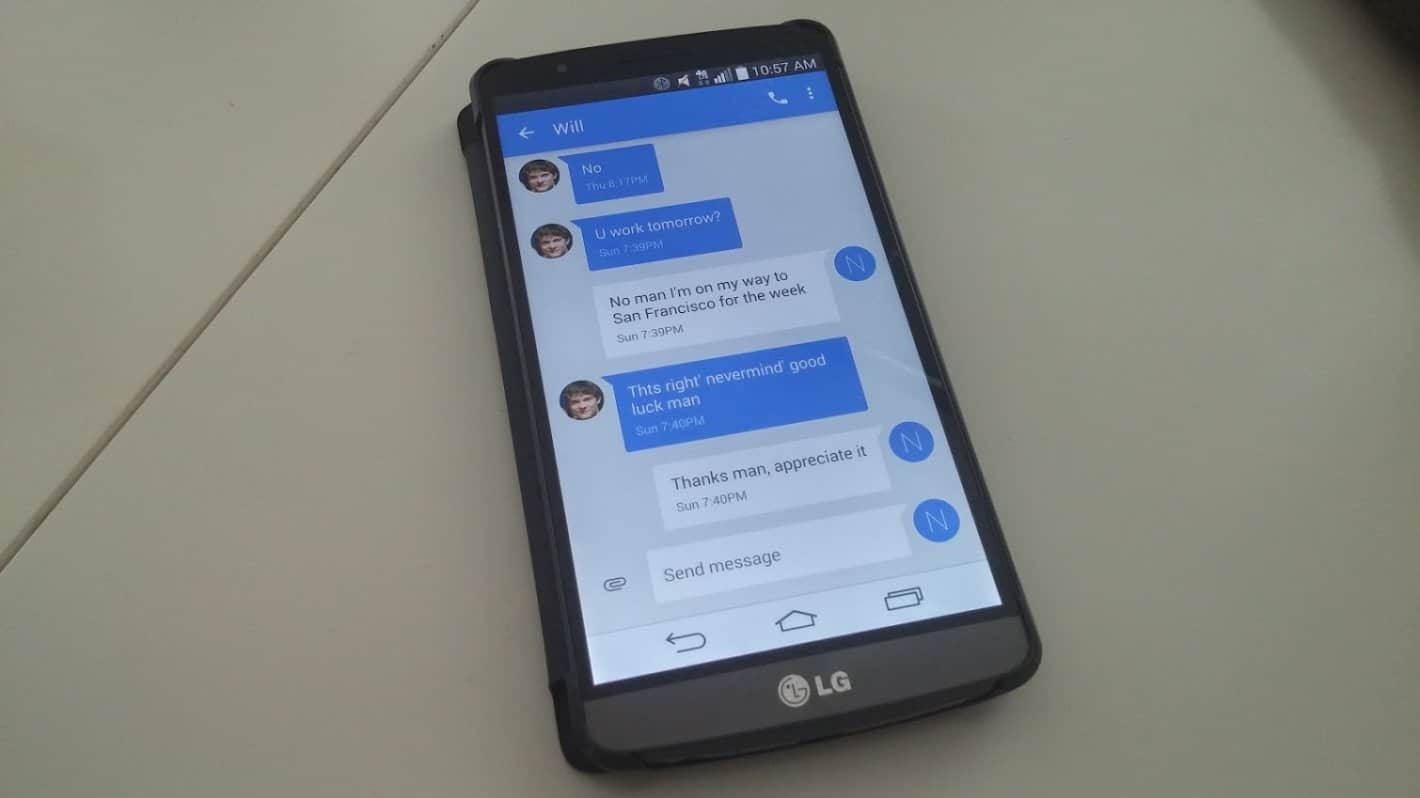 A pretty interesting development today from Google land, Google has actually gone ahead and put the Google Messenger app on the Play Store for all to download. Everybody’s question is, why did Google even create this new Google Messenger app in the first place? They already replaced the stock messenger app back when they released Android KitKat with Hangouts, this is a pretty good amount of backtracking on Google’s part.

We first saw the new Google Messenger app on the Nexus 6 when it was front and center in the press release images. Even then, everybody wondered, why? Google did so much work about a year ago to get people over to Hangouts and away from stock messenger apps, they even went as far as to eradicate their own on Nexus devices. Google then went a step further and added SMS and MMS compatibility to the Hangouts app so that people would have no need for a separate texting app.

Taking a look at the new Google Messenger app, it doesn’t really have much to offer that other texting apps don’t offer already. In fact, Google Messenger is actually quite bare bones in terms of features. It supports both SMS and MMS and all the typical texting app features that you would expect, definitely nothing special. Feature such as the ability to block certain peoples SMS, emojis, and audio messeges are all present here, but like we said, nothing special. The app also requires users to be running Android 4.1 or higher, not surprising.

So, now we circle back to the big question, why does this new Google Messenger app even exist? Sure not everybody is the biggest fan of using Hangouts, but why would Google make such a huge push for people to switch to Hangouts and then backtrack in such a quick and open way? We are interested to see if Google has any plans for these two apps to merge in any way, they both have their ups and downs and merging them could benefit Google. What do you guys think? Do you think Google creating another standalone messenger app was a good idea? Let us know in the comments below.