Google are a clever bunch. They always seem to be looking for new ways to unite users (be together not the same) but also unit users and websites. Now, it is no secret that everyone hates adverts. Subscription services like Netflix and Spotify have partly made their business ethos on the principle ‘you pay, no adverts’ but how far would you be willing to go…or pay to avoid adverts. Probably Google’s less popular service (at least from the perspective of the user) is Google AdWords. However, it is a necessary evil. Companies do need to make money and so AdWords is not the worst thing in the world. Well, that kind of model might well be on its way out the door as Google seems to be taken a leaf out of the Netflix and Spotify make-money manual and introducing subscriptions.

The new service is quite experimental and currently requires an invite. Yep, invites seem to be the hip word these days. The service is going under the tag ‘Google Contribute’ which actually does sound better than Google Subscription. That said, there is no difference between contributing and subscribing. In short, Google are offering users the ability to contribute to their favourite sites on a monthly basis. In return for your contribution, you will see no adverts. When you first contribute and hit up one of your websites, you will see a thank you message for contributing. But that’s not quite the same as advert, right? You are being sold nothing and simply being recognised for your support. If you are wondering how much it will cost. Well, its not that bad actually. Users can sign up to contribute either $1, $2 or $3 per month. The amount is at your discretion (it is a contribution and not a subscription). Of that monthly subscription (sorry, contribution) Google will pay only the websites you visit and as such you are only supporting the websites you want and not others in their system. Of course, Google will skim a little of the top for themselves but that is to be expected.

Want to give it a try? Well, as mentioned you do need an invite and these can be obtained by singing up to the waiting list on the Google Contribute website. At present and as this is only in the beta trial stage, the number of websites you can ‘support’ is quite limited. There are only ten so far signed up consisting of the likes of Mashable, The Onion, wikiHow and Imgur. That said, if it is successful, you will probably see the list grow quite substantially over time. So what do you think? Would you rather pay a small fee every month to avoid adverts? Let us know. 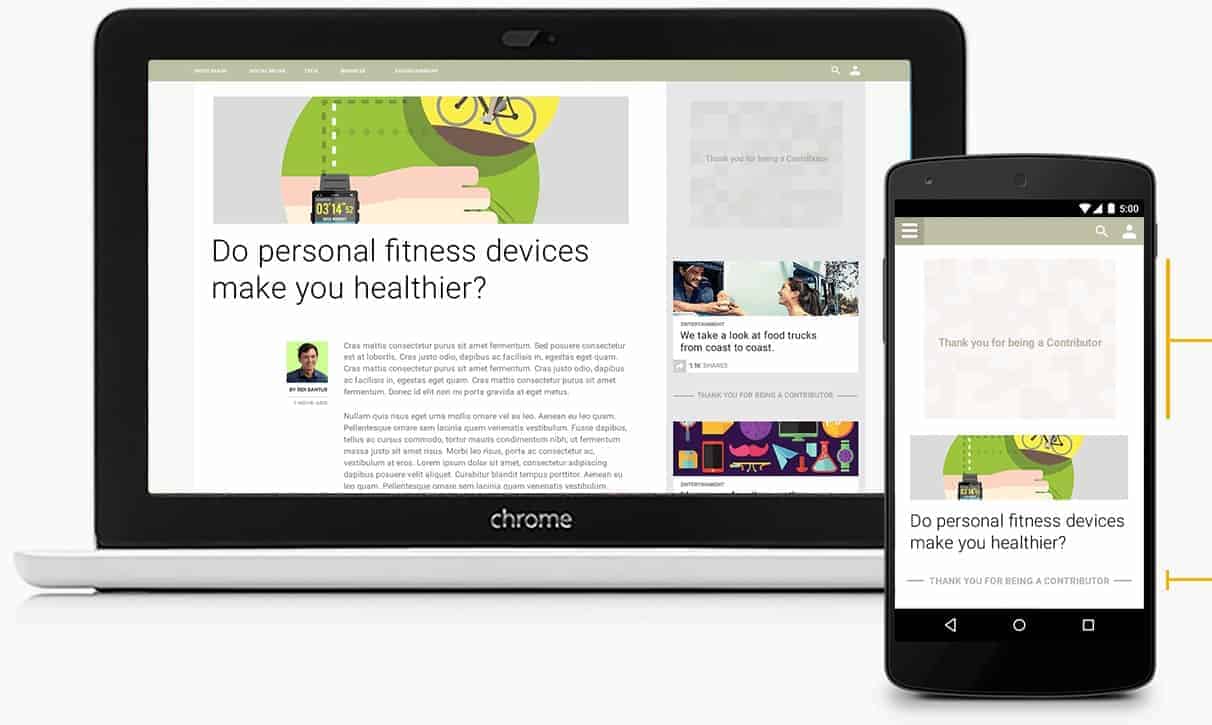