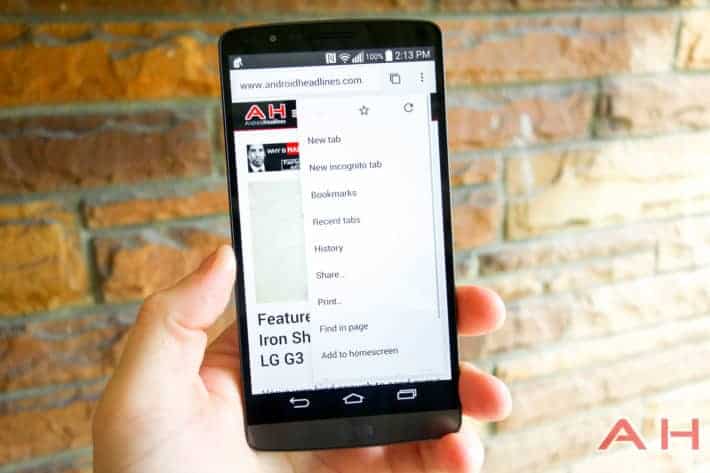 Google announced at this year's Chrome Dev Summit that their Chrome browser has been downloaded and used by more than 400 million Android users. Since there are around 800 million Android smartphone users on the planet, they already reached half of all the Android population. They did it in a little more than 2 years since the first stable version was released on June 27th, 2012. Only in the last 5 months 100 million Android users downloaded Chrome on their smartphones. Because of the increasing popularity of the browser, Google wants to make it even better, faster and also developer friendly.

Since the introduction of application stores for smartphones, mobile web started losing popularity, not that it ever had that much to begin with. The recent survey showed that less than 14% of user time on the smartphone is spent in the browser app and 86% of the time is spent running other apps. However, a detailed survey showed that apps are being mostly used for gaming & entertainment and people still do most of their online shopping on the web and not via the merchant app. That is why Google continues optimizing their mobile Chrome browser. First and foremost they are focusing on optimizing the performance and reducing the CPU (Central Processing Unit) load by putting some of the processing and graphics rendering over to the GPU (Graphic Processing Unit). This reduces the CPU load and by that it also reduces battery consumption. They also removed the well-known 300 ms delay when the browser was thinking if you were clicking the link or zooming in.

Besides all the performance updates, they are also thinking about the end user and how to improve their experience. They announced quite a few improvements. They are going to make add-to-homescreen bookmark easier.  The developer building the page is going to be able to pick the "theme" of the browser and present it to the end user like you are using the app. Another thing, which is now only available in the app are the push notifications. The Chrome update is going to bring that as well. Chrome wants to put content first and browser second so the end user is not even going to notice they are working with a browser and not with the app.