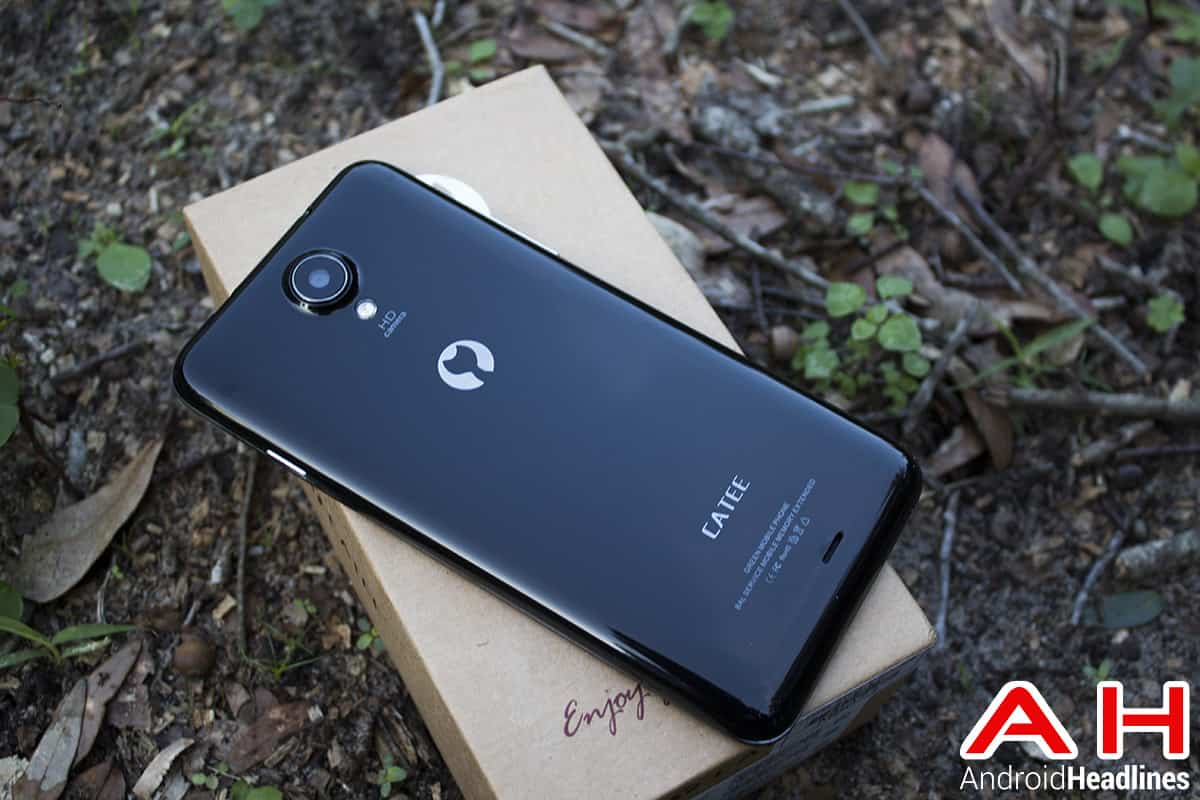 Once upon a time a good smartphone experience was reserved only for those who could pay in upwards of $500 or more for the latest and greatest device.  Over the past two years, however, phones have started becoming considerably cheaper without cheapening the experience, keeping a sort of baseline experience while still offering devices that cost less and less.  Google has pushed the envelope many times now when it comes to bringing prices down, from the Galaxy Nexus, Nexus 4 and 5, and most recently the Android One program in India.  In fact that Android One experience is one of the finest experiences you can get from any phone under the $200 mark, much less the sub-$100 that they sell for.  But what about going even lower in price?  How about somewhere around the $80 mark, making it only $20 more than the latest and greatest Call of Duty or other popular video game?  That's the promise from Catee with the CT550, a 5.5-inch Android 4.2 powered device that feels very similar to the Xiaomi Redmi Note in the hand, but does it share the Redmi Note's overall quality feel while still being $100 cheaper?  Let's find out. 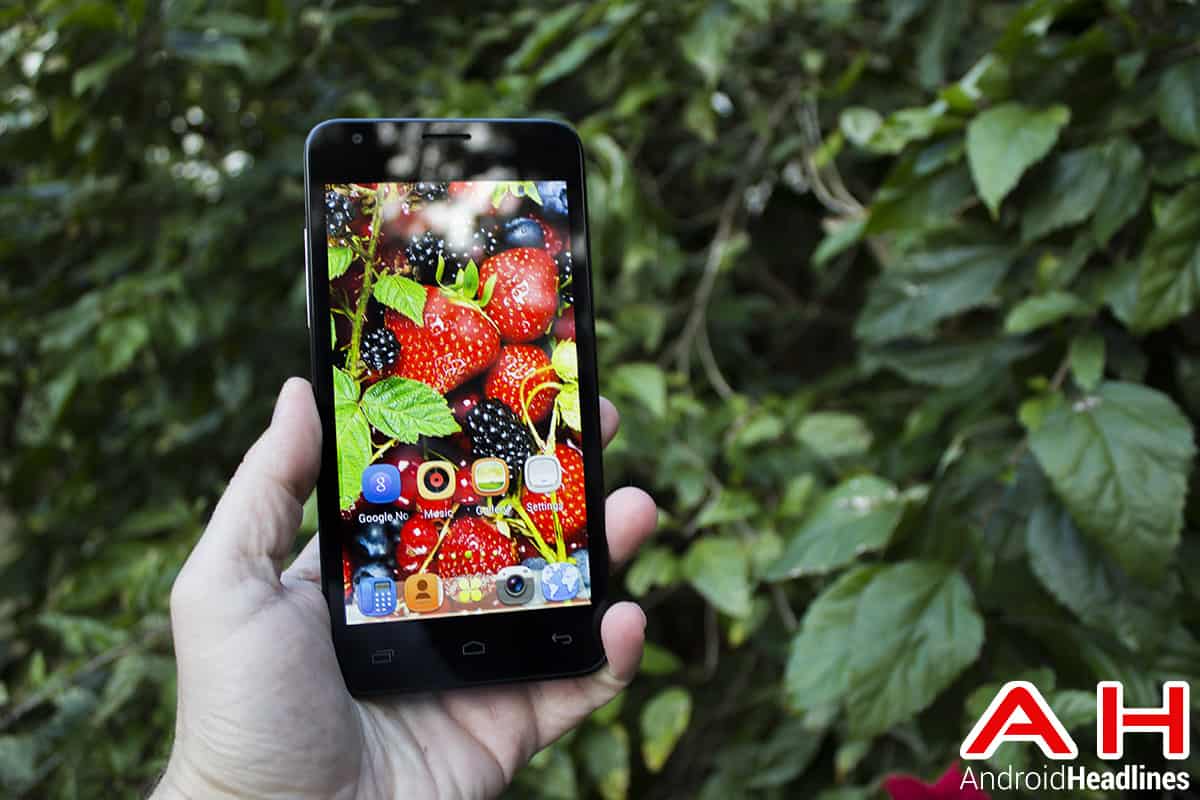 Taking a tour of the hardware the Catee CT550 features a 5.5-inch 960 x 540 resolution IPS LCD on the front and a 5-megapixel camera on the back, with an all-plastic build.  Inside you'll find a dual-core MediaTek MTK6572A Cortex A7 CPU along with 512MB of RAM and 4GB of internal storage.  The phone supports microSD cards up to 32GB as well as dual-SIM cards.  Network connectivity is all 3G up to HSPA support, and WiFi up to 802.11n.  Unfortunately this is only packed with Android 4.2, a trait very similar to many other budget MediaTek powered phones out there.  Overall the build quality leaves quite a bit to be desired, as the device not only feels very light and hollow but it has quite a bit of give to it as well.  This phone bends more easily than it should and the screen on my unit was actually not properly adhesed to the body leaving a slight raised edge where there shouldn't be one.  Overall this feels like a cheap phone and that's because it is, nothing surprising at all.

The touchscreen itself on the Catee CT550 leaves quite a bit to be desired too.  I found plenty of dead zones on the screen where touch was not registered correctly and even some where no touch was registered at all.  In fact I couldn't ever press the N key, making some words literally impossible to type if autocorrect didn't catch it.  This made typing nearly impossible in any situation, and I found that I had to use Google voice typing to basically carry on any kind of conversation.  The screen quality itself was passible and very similar to anything else in this price range and size, especially given the relatively low resolution.  You'll also find capacitive buttons on the bottom which show up as recents, home and back going from left to right.  Unfortunately this recents button doesn't actually act like a recents button, rather like a menu button which shows just how messy this phone really is.

Catee's version of Android is very much AOSP styled with plenty of custom changes, almost none of them for the better.  Visually the UI is a horrible mess and mish-mash of styles and colors.  Functionally apps like the dialer and messaging received some improvements over their AOSP counterparts since they featured dual-SIM and therefore dual-network capabilities, letting you choose which network you make a call from or send a message from.  In general though almost everything about the software design here is bad, and I really have difficulty picking out any sort of positive parts.  The UI isn't just clunky it's slow as all getup and doesn't even feel like there's any sort of hardware acceleration.  It's almost like running Gingerbread again except with a super ugly version of the Holo UI.  Having 512MB of RAM on Android 4.2 means this is automatically not going to be much of a performer, and it shows in every aspect.  YouTube chugs along when playing videos, multi-tasking is painfully slow, and browsing the web leads to single digit framerates most of the time.

Catee included things like an FM Radio, file manager, built in music app and its own launcher to build upon the already included Google apps.  There's also small niceties like scheduled power on and off, built in audio profiles for home, work or elsewhere and as was stated before SIM management for specifying which network or SIM messages, calls and data go through.  Unfortunately the actual act of making phone calls was downright painful as the speaker was overblown and extraordinarily difficult to hear the person on the other end.  Loudspeaker helped a bit with this but not much.

The camera is a complete and utter joke, and quite honestly I think most feature phones can take better pictures than this.  There's definitely something up with the sensor in the Catee CT550, as there's a strange hue over everything, details are nonexistent thanks to extreme chromatic abberation, and the shutter is slower than molasses in Canada in the winter.  It literally takes 5 seconds to take a picture from the moment you press the shutter to when the picture has actually been taken, meaning if you even wanted to try to take a picture with this thing you're pretty much guaranteed to miss whatever moment you were trying to capture.  Video is marginally better for whatever reason but still not worth even bothering.

The Catee CT550 shows us that there is a such thing as too cheap, and it's somewhere around the $80 mark.  If you truly want a cheap phone that's going to do what you want I'd recommend spending just $15 extra and getting the Karbonn Sparkle V, which is one of the Android One phones we've reviewed lately.  There are almost no redeeming qualities of the Catee CT550 that I can think of, and I wouldn't ever recommend anyone getting one at any price.  This is not how Android should be portrayed to anyone, and existence of such a device taints the Android name to more people than it blesses.  It's not just about being super cheap, it's about just plain not working like it's supposed to.  Just stay away from this one.How ever if you are a brave one it can be purchased at our trusted dealer 1949deal.com