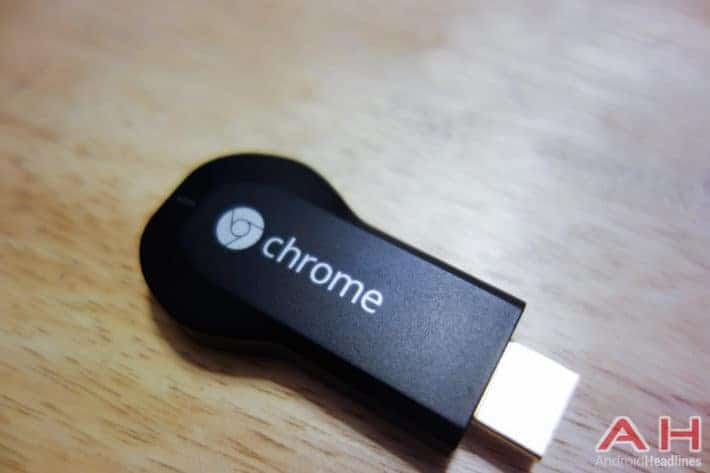 When it comes to streaming videos and watching TV or some of our favorite films, there are plenty of choices available to every consumer. You can play video through your game console, set top box, straight through your web connected TV, and of course, Google's Chromecast device. The little HDMI streaming dongle is without a doubt the most popular and inexpensive option for streaming great media content, and there's a reason for that. There's actually numerous reasons for that, one which we already stated, and that's the price. For Just $35, and often times less than that thanks to sales and deals, the Chromecast can be purchased and plugged into any TV or monitor in your home with and HDMI port.

Another reason of course is portability, as it's easy to travel with due to it's size. Lastly, the Chromecast is compatible with a fairly large list of content at this point, and more and more apps are given compatibility  pretty quickly. This leads us to our latest list of apps that now have Chromecast support, which includes Starz Play, Showtime Anytime, and Encore Play , the three new video content apps that allow for streaming media to the Chromecast. Need to catch up on episodes of Dexter? Now you can just fling them to the Chromecast. Streaming media is great, but what about games?

Yes, there are a good number of Chromecast compatible games now, one of my favorites is CardCast. Google today has announced more games that are compatible with the Chromecast, joining the three streaming video apps from above. If you like playing party games with 3 or more people(honestly, playing games on the Chromecast can be a lot of fun and make for a great activity in larger groups)you can now play Wheel of Fortune, Monopoly Dash, Scrabble Blitz, Connect Four Quads, Simon Swipe, Just Dance Now, Big Web Quiz, and Emoji Party. That's a whole lot more functionality. Let's not also forget that the Chromecast is already supported by HBO GO, which is slated to start a monthly subscription fee to watch videos without needing to subscribe to the channel via your cable TV provider, letting you watch all the Game of Thrones you want. Have a Chromecast yet?