If you are in the market for a new flagship device then you seem to have plenty of options to choose from at the moment. If Motorola is your manufacturer of choice then you might be edging towards the Google Nexus 6. However, it is worth remembering that the Nexus 6 is not the only Motorola device out there. You have the widely popular Moto X and not forgetting there is also the Motorola DROID Turbo. If you fancy giving the DROID Turbo a go then you can currently only pick the device up in either a red or black color. That is until now.

Best Buy have this morning started listing the Motorola DROID Turbo in a newly added blue color. As mentioned this is typically only available as a red or black colored device and therefore if you want to be a little bit different to everyone else then maybe the blue is more you. Either way the device is now being listed online at Best Buy. As we speak, the blue variant is only listed as ‘Coming Soon’ so you cannot order it just yet. In Terms of price the blue variant is up for the same price as the other colored options at $199.99 on a two year Verizon Wireless contract. Alternatively, the device will be able to be purchased outright for a straight-up $700. Other than the color change, there does not seem to be any additional differences noted with the specs all seemingly the same as the standard colored variants.

Need a quick reminder on what those specs are? Well, the DROID Turbo comes with a 5.2″ IPS LCD display with a 2560 x 1440 resolution. Inside the Turbo comes with 3GB RAM and a Qualcomm Snapdragon 805 processor In terms of storage it comes as standard with 32GB internal storage but no external microSD card slot. If cameras are your thing then the Turbo comes with a 21 MP auto focus rear camera along with a more modest 2MP front shooter. Additional features include fast charge, Bluetooth 4.0 and running on Android 4.4.4 (KitKat). So what do you think of the blue Motorola Droid Turbo? Will you be picking one up? 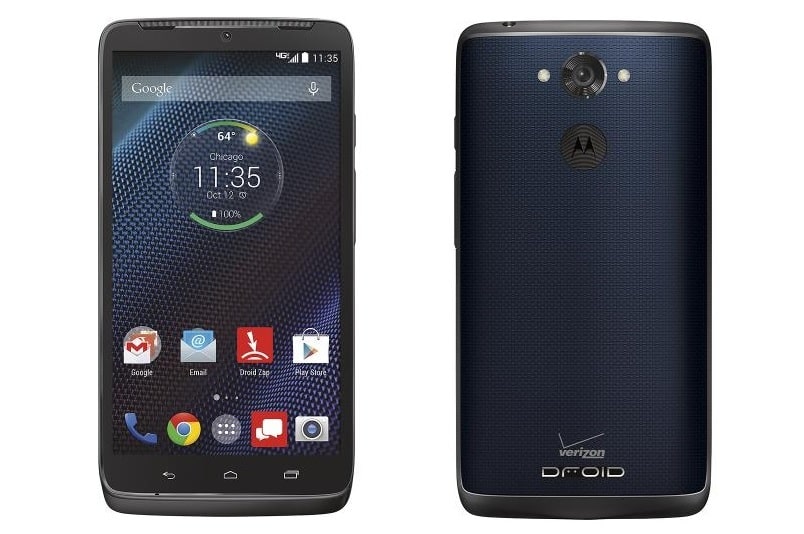