AT&T is today launching the FiLIP 2 smartwatch designed for parents to equip their kids with it and selling at the discounted price of $100, down from a usual $150. You’ll also be wanting to add a data plan, which is either an extra $10 a month or it can be added to an AT&T Mobile Share Value Plan for another $10 a month. We learned back in September that AT&T were the FiLIP 2’s exclusive supplier and it’s good to see the US carrier broadening its portfolio. The FiLIP 2 is a smartphone squeezed down into a large, brightly colored and chunky looking smartwatch design; the idea here is that it’s less likely to be lost compared with giving your child a smartphone. It may be configured by a companion application, currently (and foolishly!) only available for iOS as the Android version is delayed until later in the year.

The smartwatch design includes two large buttons and one of these acts as the emergency button: holding down on this triggers an automatic location beacon, starts recording the sound around them and also calls and text messages the primary number set up in the device. If this number doesn’t respond (presumably mom or dad) then the watch calls the remaining contacts in the phonebook until somebody does answer. The watch also features a service called “SafeZones,” which is a way of geofencing areas so that the parent is alerted when the device enters or leaves a particular area. The FiLIP 2 also includes a location service that plots device position using a mix of GPS, cell masts and WiFi radios. Yes: the FiLIP 2 comes with GPS, cellular data, WiFI and a ‘phone. In fact, the smartwatch can be programmed with up to five numbers that the child can make and receive calls from.

The FiLIP is designed for the under-elevens, or more specifically at their parents. That is, children too young to have their own smartphone but too old for continuous supervision when out to play. And it’s an interesting idea, too. It could give parents some peace of mind and I’m sure my wife has been eyeing this up (but for me, heh!). What do our parents readers think to the idea? 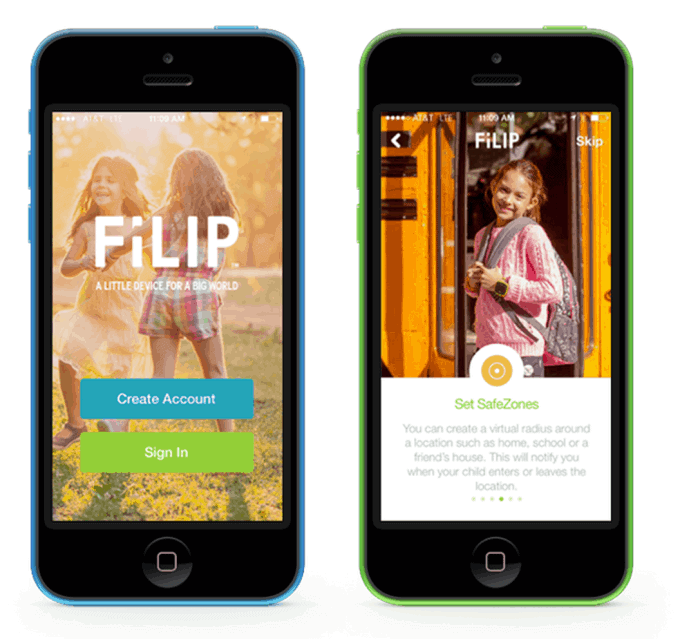