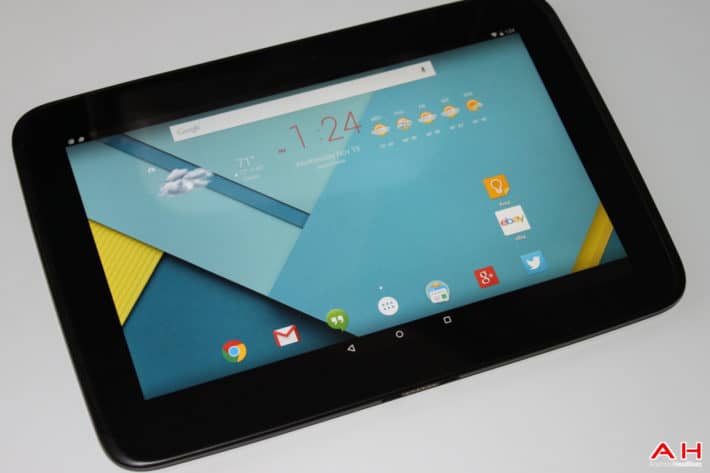 By this time most of the Nexus devices have already started receiving their updates to the newest version of the Android software, Android 5.0 Lollipop. The Google Nexus 6 and the Google Nexus 9 came with lollipop pre-installed, and other devices like the Nexus 5, Nexus 7 2012 and 2013(WiFi only so far), and Nexus 5 as well as the Nexus 10 tablet have all gotten their factory images for Lollipop distributed to the factory image page. All of those above listed devices have also received OTA rollouts of the software short of the Nexus 10 of course, which is starting to happen today it seems. Along with all the Nexus devices, Motorola has started rolling Android 5.0 out to the Moto X and Moto G 2nd gen. devices, and Nvidia has recently launched it out to the SHIELD Tablet.

Now if you own a Nexus 10, there is a good chance that you may have already flashed the factory image to your device if you couldn't or didn't want to wait for the over the air update to come through. If you haven't yet touched the Lollipop software yet though then you will definitely want to keep an eye out for the update notification to hit your status bar. The updates usually take at least a few days to reach everyone once they start rolling out to users, so if you don't have the update come through to your Nexus 10 today it'll likely hit sometime between now and the weekend. There's also the chance it could end up on your device early next week too. Are there any Nexus 10 owners out there excited to have this coming in? If you don't want to wait for the OTA rollout, you can still flash the factory images which are already available, and you can find out process on that here.