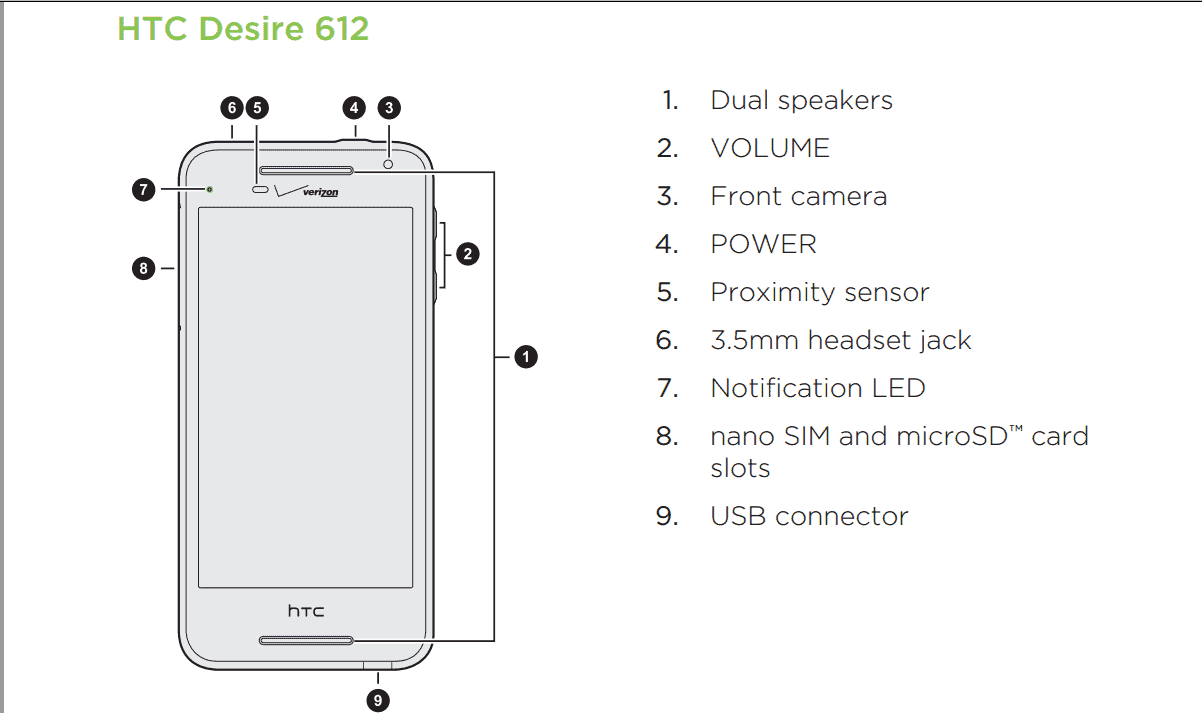 Verizon Wireless has a brand new HTC Desire device heading to its lineup sometime in the near future. We don't exactly know when the phone will actually launch, but Verizon already seems to be hosting the user guide/manual for the phone on the website so we'd imagine that it won't too far in the distant future. HTC's event next week may have some light to shed on the phone meant for Big Red, although the event is supposed to be largely about the upcoming action camera and presumably the upcoming HTC Eye device that has been rumored to be a mix of the HTC One M8 and the HTC Butterfly 2, dumping the 4MP ultrapixel camera on the rear for a 13MP camera on the back.

The HTC Desire 612 is listed over on Verizon's Equipment Guides page, and there aren't loads of details about the device, so sadly we have no juicy information to give you about hardware specs, release dates, or what Verizon plans to price the device at after launch, but you can get a tiny peek at the design of the phone from the thumbnail image posted on the Verizon website. Looking through user guide does provide some information though. Scrolling through some of the pages of the guide in PDF format tells us that we can expect to see many of the more recent features that we've been seeing inside of HTC devices.

Touch and motion gestures both appear to be present sets of features, and of course we wouldn't expect to see an HTC device without Blinkfeed these days and that's exactly the case here too. It also appears to have expandable storage through a microSD card which isn't exactly a non-standard feature with HTC, but it's nice to see it validated. The image above also shows that the device will sport dual speakers, however without a confirmation on whether or not the Desire 612 will carry the Boom Sound quality audio. We'd wager we'll learn some stuff about this device next week, but time will tell for sure. We'll be sure to update with information on specs and hardware as soon as we have any details.