Asphalt Overdrive is the next game in the long popular running series from Gameloft. As per usual it features fast cars, tight turns, jumps, tricks, and all manner of high stakes action from car chases wrapped up in a 1980's feel with bright lights and colors. The game is more of an endless racer than it is an actual Asphalt racer, at least compared to what we're used to. Controls are managed by swipe gestures, as are tricks, and movement is on rails instead of free movement around the track. The game is free, and you can grab it from the Play Store link.

Tower Dwellers is a great little TD game from Noodlecake Studios. It has an epic fantasy feel and setting, with mages and wizards, knights, and warriors, archers and paladins, shields, staves, swords, bow and arrow and a little bit of determination. The goal is to conquer through battle and reclaim the land you once owned. You'll need an army to do so, and you'll need to craft them from the different towers creating a strategic army with which to dominate your enemy. It features non-linear progression, hilarious narration for comical relief, and commanding your battle units in real-time. Tower Dwellers will set you back $3.99, and you can grab it from the Play Store link. 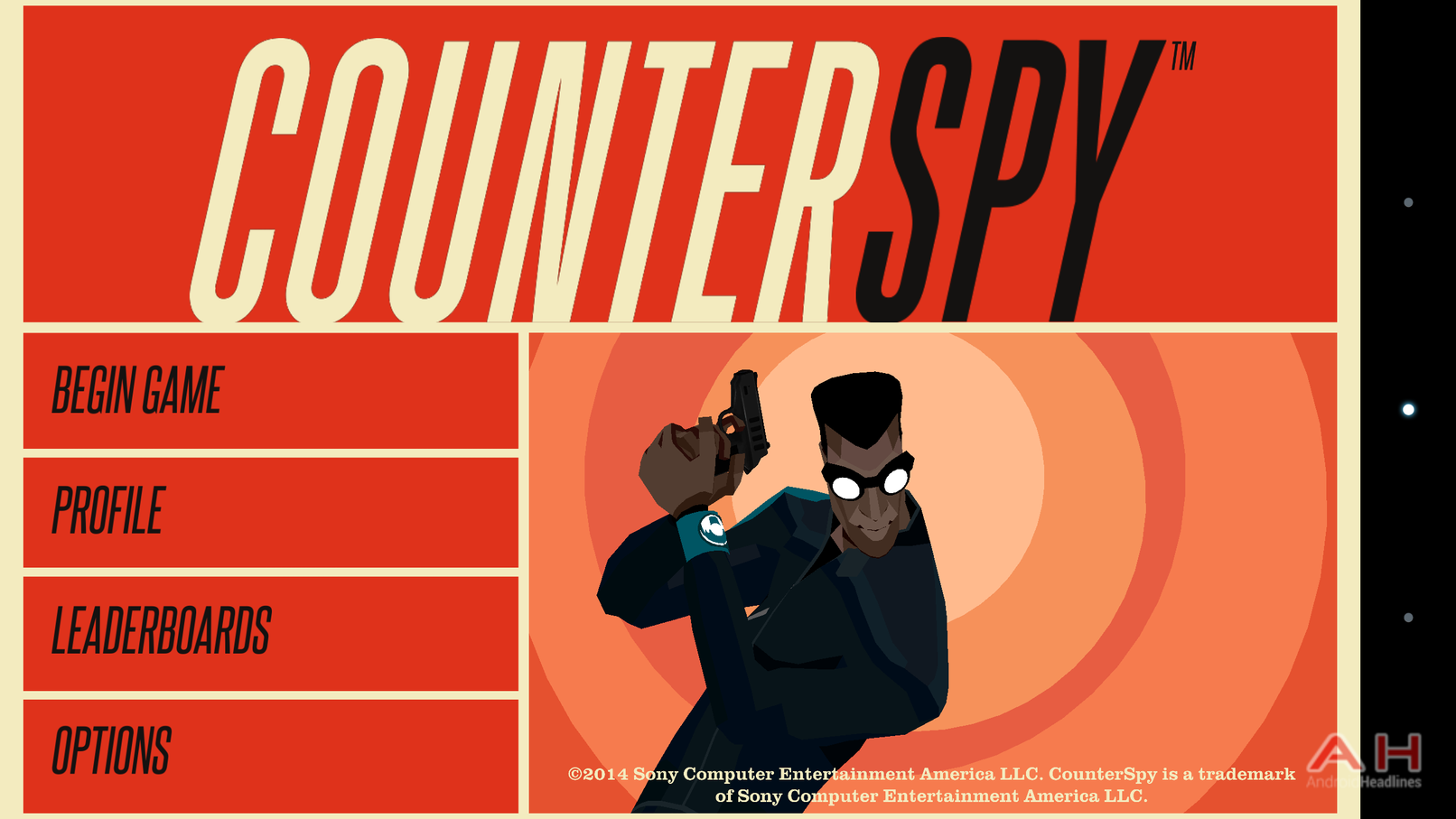 CounterSpy is a popular indie game title from Sony and Sony Mobile, made originally for the Playstation 3, Playstation 4, and Playstation Vita systems. Sony decided to bring the title out to mobile too however, and on top of all of it the game completely supports cross platform play and cross platform saving, so you can seamlessly play across any of those platforms/systems without losing progress. In CounterSpy, you're an agent of C.O.U.N.T.E.R., and your job is to stop total global annihilation from nuclear war. Both Russian and American forces are fighting against each other in a nuclear arms race so to speak, and you'll have to go through and complete a series of missions in either territory, collecting blueprints for missiles and nukes, plans to build weaponry, and find new character attributes. CounterSpy will set you back $4.99 for the Android version, and you can grab it from the Play Store link.

Mage Gauntlet is a classic style action RPG, and it was designed from the ground up for mobile devices in mind. Taking inspiration from early 90's RPG classics, Mage Gauntlet will have you exploring your way through an epic story filled with wizards, monsters, powerful artifacts and tons of loot. There are 84 levels in total, half in monster mode and half in the normal mode of the game. You can collect 86 different achievements and there are 110 hats to find, which Noodlecake stresses is important, we believe them. You can also collect different pets to give you varied stat boosts, 19 in all. It's got a great little story and tons of action. Right now it's on sale for a limited time at $1.99, and you can grab the game from the Play Store link.

If you love third person mobile shooters, then you need to check out Star Warfare 2: Payback. It features bossfights with friends and online multiplayer, intense co-op stand-offs, you can even play as one of the alien bosses and lay waste to your friends. There's also a capture the flag mode. There's new weapons, new armor and new vehicles, pet engineering so that you can have a pet assist you in battle, and 50 different combat perks to help you get the edge you need. Star Warefare 2: Payback is free, and you can grab the game from the Play Store link.

The original Dragon Quest, one of the most epic RPG titles of all time got ported to Android in September and it has all the amazing story and adventure filled gameplay one might remember. Just like the other two Dragon Quest games that have been ported to Android so far, the first game is developed for play in portrait mode, making it simple to play the game with one hand. Classic retro style graphics are present, although they look to have been given a slight boost, or rather refinement, however they haven't been redone in 3D stylized art like in Dragon Quest VIII, so it still has its classic charm. Lots of gameplay hours in this one, so if you love epic stories and long games with plenty of action and adventure, grab Dragon Quest for $2.99 from the Play Store link.

The epic series returns with a new game from 11 Bit Studios, the final installment in a much loved franchise of tower defense/offense games. There's plenty of the stuff you loved and remembered from past Anomaly games in this title, but instead of the usual Tower Offense with 11 Bit, Anomaly Defenders takes on the role of a proper Tower Defense game, and this time you don't play as the humans, you play as the aliens trying to defend their homeworld against the human invasion. Anomaly Defenders has everything you'd expect from a TD game, building units, repairing damaged ones prior to new waves of combat, upgrades to units for more powerful attacks and so on. If you love TD games and you have loved the Anomaly series, enjoy the last majorly epic game as part of the Anomaly franchise. You can pick up the game for $3.99, and you can grab it from the Play Store link.

Unmechanical is a quaint and charming little puzzler about a helicopter who is trapped in a strange and fascinating world. You'll have to help him discover secrets, solve puzzles, and live through adventure as you explore and traverse the amazing world. Unmechanical includes 30 unique puzzles to solve, over three hours of gameplay, beautifully crafted 3D worlds, and a loveable little robot helicopter. You can grab Unmechanical for $2.99, and the game is available through the Play Store link.

If it isn't obvious why this is one of the games on the list, then you should go and grab Goat Simulator right now. This hilarious sim game is really nothing more than you playing a goat and roaming around the open world, running into stuff, somehow getting stuff to blow up, grazing, blowing up and running into more stuff, and doing it all with some crazy weird feeling of hilarity that somehow can't be held back. It's literally hard not to find this game funny. The game was made popular through the PC release on Steam, and CoffeeStain Studios finally ported the game to Android in September. Goat Simulator will set you back $4.99, and you can grab the game from the Play Store link.

Bombsquad is a multiplayer game that you can play with your friends. Blow them in a series of different mini games to show your dominance. Challenge friends and see who reigns supreme, in games like hockey, capture the flag and more. It features 8 player local multiplayer and network play, so you can grab a bunch of friends an let loose or link up and play against total strangers. The game also features gamepad support for a variety of different controllers, and it's free. You can grab Bombsquad from the Play Store link.

Trusted By Millions
Independent, Expert Android News You Can Trust, Since 2010
Publishing More Android Than Anyone Else
26
Today
55
This Week
429
This Month
429
This Year
101924
All Time
Advertisement