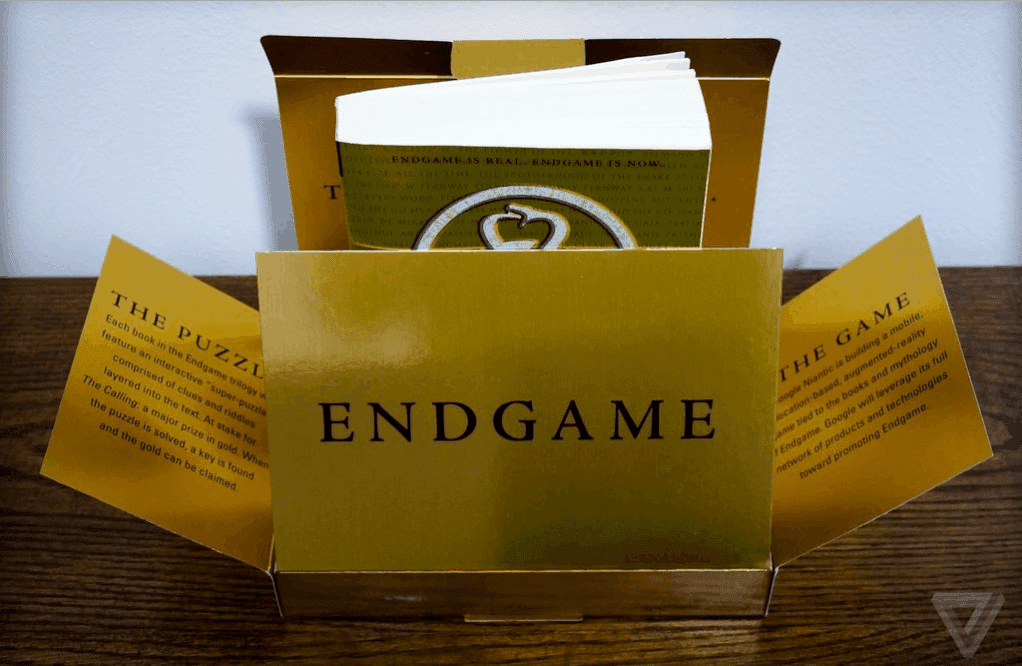 We first reported about Endgame back on January 15th of this year, a new Augmented Reality game coming from Google's Niantic Labs that would be based off of the series of upcoming novels from James Frey. If there was any doubt about the success of this game going forward, with how popular Ingress has become, and with what the entire Endgame project vision includes, there shouldn't be doubt any longer. The books have a theme focused on a global competition involving 12 teenagers with different attributes and skills, and in the game players will be able to pick and choose one of these 12 players to represent.

Essentially the story of Endgame is a series of James Frey's novels, but has much more going for it than just a collection of books that will seek to engage you in a compelling story. The novels themselves are simply one piece of a giant puzzle to the secrets and mystery's of Endgame. The books tie in to Niantic's game, and the game and the Novels also have links to the upcoming series of films based off the books. It's a massive project all weaved together that not only promises to provide some really fun entertainment, but engrossing stories through the whole of the entire set of Endgame collective material.

When it comes to the game, it's not just the "what's next" project for Niantic, something new and fresh to play with a similar feel if you have grown tired of Ingress. Players will be rewarded for having knowledge that can only be retrieved from reading the books and seeing the films, and at the end of it all there is the promise of real money prizes from real world gold. So basically, there is a huge incentive to be involved in as much of the Endgame universe as possible. The Novel has already been launched as of today, and the actual game from Niantic Labs begins later tonight after a special launch event. The game is said to be starting as a prequel to the novel, but eventually will end up tying together with future novels and novella releases, and those pieces of the story being changed and created based off of what happens within the game. This gives players of Endgame a chance to ultimately have some part in how the books will turn out in the future. You can already pick up the first Endgame novel, and if you're at all interested in playing the game we highly recommend grabbing the book even if it isn't before the launch party where the game begins.