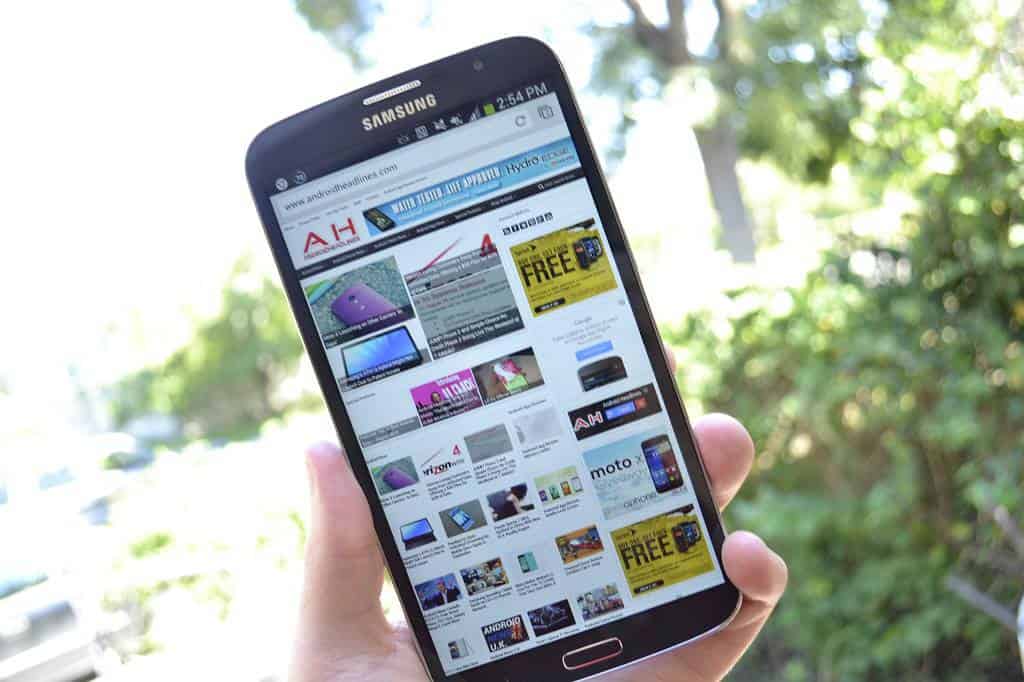 The Samsung Galaxy Mega is a giant phone. On Sprint, the Mega has a 6.3-inch display. It’s only 720p, but this is also a mid-range device. The Galaxy Mega on Sprint is in the process right now of getting an OTA update that adds of couple of cool new features and some security updates and bug fixes as well. This update, NJ1, only adds three new things, but they are good ones. The NJ1 update brings HD Voice Icon support, International Wi-Fi Calling support, and Google Security Patches. They are pretty self-explanatory. The addition of HD Voice calling will make calls sound better than ever. The Wi-Fi calling support will let you make calls anywhere that you have a Wi-Fi connection, even if you aren’t in the U.S.

The Galaxy Mega for Sprint is a 6.3-inch device with a 720p screen resolution that leaves a bit lacking in the display department. The smartphone has 1.5GB of RAM, a 2.1-megapixel camera on the front-facing camera, and an 8-megapixel shooter on the back. This is definitely a mid-range device, but the large screen adds some extra appeal to those of us that like giant devices. The Sprint version of the phone is powered by a Snapdragon 400 chipset clocked at 1.5GHz. It has 16GB of internal storage and a microSD card slot to expand storage up to an additional 64GB.

The NJ1 update for Sprint’s Galaxy Mega is rolling out now. The rollout is happening in stages, so if you haven’t received it yet, it should be to you shortly. The Galaxy Mega didn’t sell all that well, mostly because of its enormous size. Still, we know there are some of you out there that own this behemoth and really like it. If that’s you, know that you’ll have HD voice and Wi-Fi calling pretty soon. Let us know in the comments when you see the update hit your Galaxy Mega.