Description: Speed of Time is a racing game that’s sure to please endless runner fans as well as minimalists, with a smooth 60 fps of funky speed and arcade style gameplay. In Speed of Time, you control a yellow ball that careens around the narrow road while also being propelled through the air to fly through rings that extend your allotted gameplay time. It’s a little tough to describe, but this is a game that’s all about speed, precision and holding your nerve. With more depth to it than you might first think, Speed of Time could be that mobile game you’ve been looking for. Take a look at the video below as we hit the road with Speed of Time.

How it Works: You’ll first need to download Speed of Time from the Play Store, and while this is a paid-for game, there’s at least no pesky ads or anything like that getting in your way. 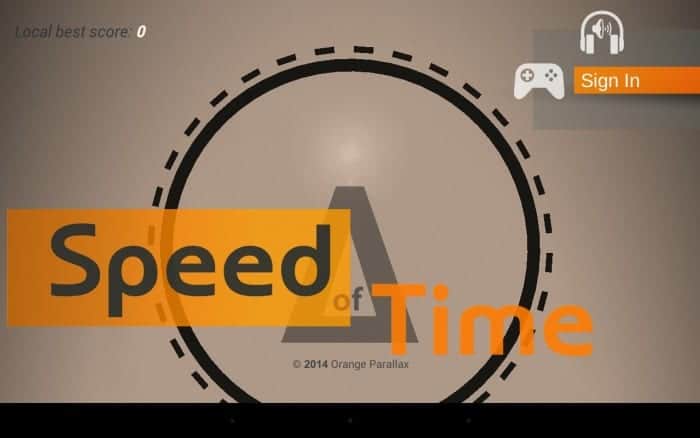 You can sign-in with your Google Play Games account if you like, which I certainly recommend, and once you you’ve done that, you’re thrown in at the deep end. There are a few prompts to give you a little helping hand, but there’s not really a huge amount to get your head around here, really. 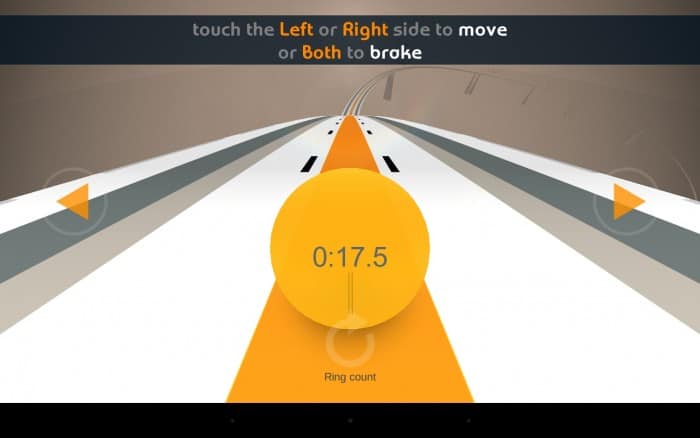 Sticking to the orange line in the center of the road will keep you going at full speed, but this is hard to control, thankfully you can brake by holding the left and right side of the display. However, you’ll need to look to the skies to keep on going, as you need to jump through rings to keep on adding time to your overall run. 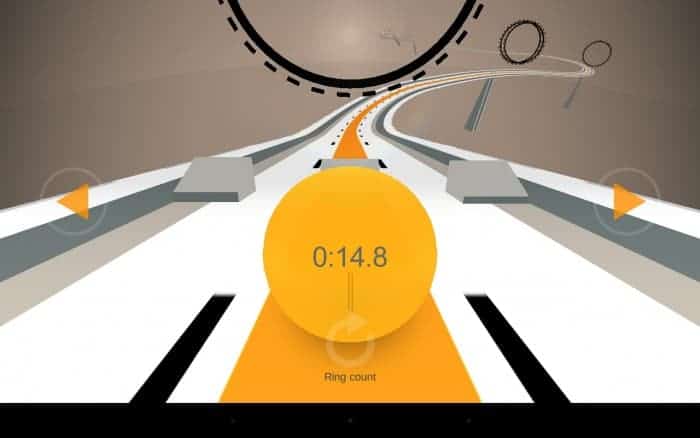 The ramps will take you up into the sky and this is a pretty big part of the game as well, as you need to make sure you hit the rings and also land back on the road, otherwise you’re going to be in for a shock when you just keep on falling. 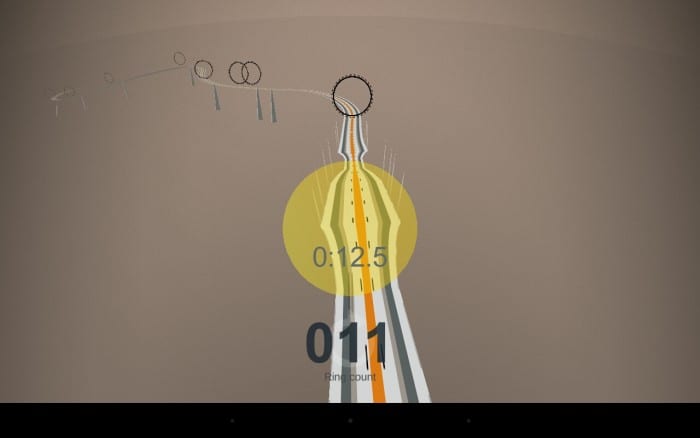 As you progress, you’ll keep on hitting more rings and lasting longer, which keeps on pushing you to beat your last high score. One thing’s for sure though, no same two trips are the same, as each time you’ll get a different starting point and more. 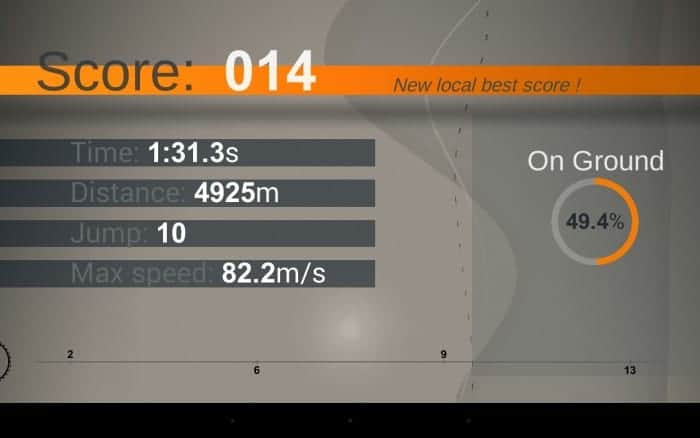 Opinion: Speed of Time is a rare game find for me, as I was unable to put it down while reviewing it. I’m struggling to get past 14 or so ring jumps and that’s frustrating for me, but it’s frustrating in a way that excites me. I want to do better, I want to go further. The whole game is geared up in such a way that you end up fighting against yourself, and this can create some seriously satisfying challenges. I love the graphics and the cool sound effects and there’s an arcade style retro look and feel to it that will resonate with a lot of older games. No matter what though, Speed of Time is a hundred miles an hour of fun.

Conclusion: With only a few niggles here and there, Speed of Time is a game that runs great, keeping a 60 fps rate on even lower-end hardware. It’s a game that will appeal to speed freaks as well as more casual gamers and there’s no denying that it’s addictive, having hooked me after just five minutes with the game. Overall, this is a game that will keep you coming back for more and will leave a smile on your face.