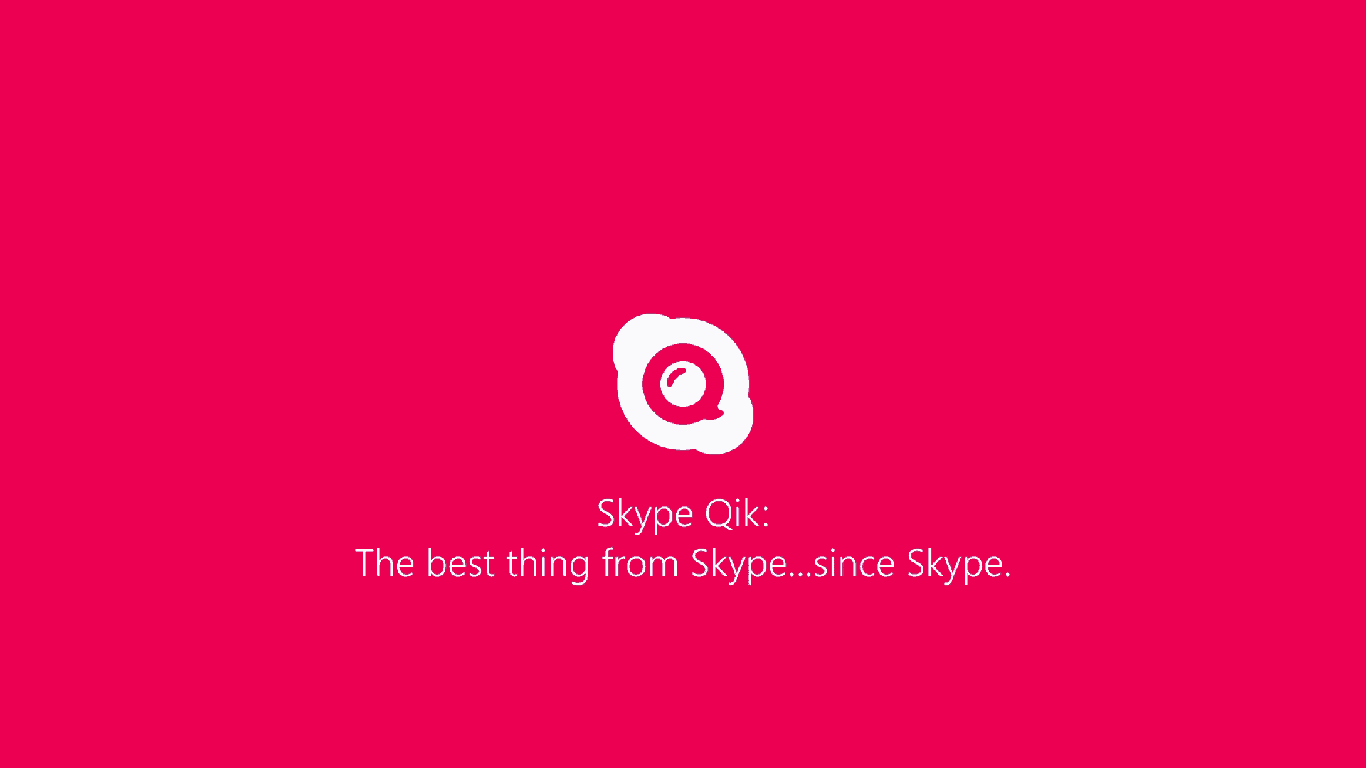 If you use video chat on your smartphone or tablet, or your PC for that matter, chances are that you're familiar with Skype. You should be, as they pretty much pioneered video chat on a mainstream level. They weren't the first app to see video chat on Android, that title goes to Qik instant video, which at the time was a T-Mobile exclusive which came out after the HTC MyTouch was released. Skype ended up purchasing Qik for around the price of $100 million back in 2011, so it's not too much of a surprise to see them putting that technology to good use.

Skype also has their own video chat app on Android and has for quite some time, so Skype Qik shouldn't strike anyone as a replacement or competition for Skype. On the contrary, it's actually a completely separate app used for a totally different thing. Skype's new Qik app is like a quick video message sharing app, quite like the way you can use Snapchat to send little video clips to friends and family members. Skype really hits the nail on the head with their description, saying simply that Skype Qik is the best thing from Skype… since Skype.

If you like a video message that someone sends you then you can promptly send them a smiley or other emoji to show you how you felt about the clip, or how you appreciated the message that was meant to bring a smile to your face. Likewise, your friends and family in your private messaging groups can do the same. Unlike some of the other messaging apps out there that are similar to this one, Skype mentions that video clips and messages can be saved if the person you sent them to is able to save the media before you delete them. Given the recent issues with Snapsaved, we'd recommend to keep that in mind. If you're not really worried about having to delete them and you just don't want to have to manage the messages in your conversation, Skype also mentions that after two weeks, the messages are deleted from the conversation automatically. The app is free, and if you're interested in giving it a go you can grab the download from the Play Store source link below.