Samsung is still at it, making different versions of the Samsung Galaxy S5 of this year. However, news from Samsung’s home country suggests that the maker is already up to the next big thing — the Samsung Galaxy S6. Samsung flagships from the Galaxy S series usually see light of day closer to the middle of the year, but fresh reports are hinting at a launch that might come sooner than expected. After all, Sony’s gone from a yearly cycle for its flagships to a half-yearly one; why can’t Samsung do the same?

We could be in for the Galaxy S6 launch at the MWC next year. As for the specifications, it looks as though Samsung wants to make up for the lost ground (the S5 was deemed under-powered by gurus and the like) with some cutting edge tech packed into the device. Preliminary leaks are hinting at a 5.3-inch 4K display (yeah, you read it right) of 3840 x 2160 pixels along with Samsung’s trademark technology baked in — Super AMOLED. Now that does sound delicious! Of course, only time will tell if this is true or a mere rumour. To power the intensive display, the Galaxy S6 will require some serious processing prowess. According to sources, the CPU will be a Qualcomm Snapdrgon 810. It has eight cores, all built on the 64-bit architecture which allow the SoC to stream 4K videos, among other capabilities. A rather digestible upgrade on the RAM segment means that the Galaxy S6 will have 4 GB at its disposal.

That is a lot of smartphone we’re talking about. Samsung has traditionally eyed the masses more than a particular segment, and that’s why it’ll have all fronts covered on the Galaxy S6 as well, with a 20 MP camera and an iris scanner. This could introduce a whole new way of interacting with the phone, along with bringing much-needed privacy features. As you would’ve expected, the Galaxy S6 will also feature a more sturdy (read: non-plastic) body to appeal to a wider audience, the way it did with the Galaxy Alpha this year. Do you think the smartphone you pictured is a long shot, or something that could well be in the palm of your hand come 2015? 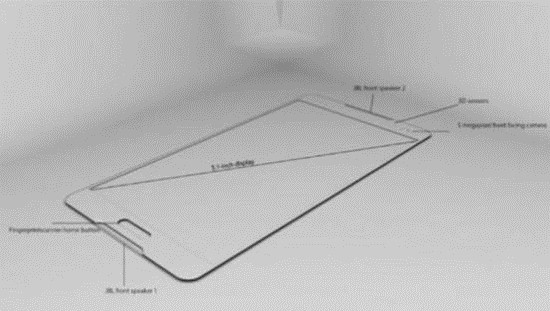