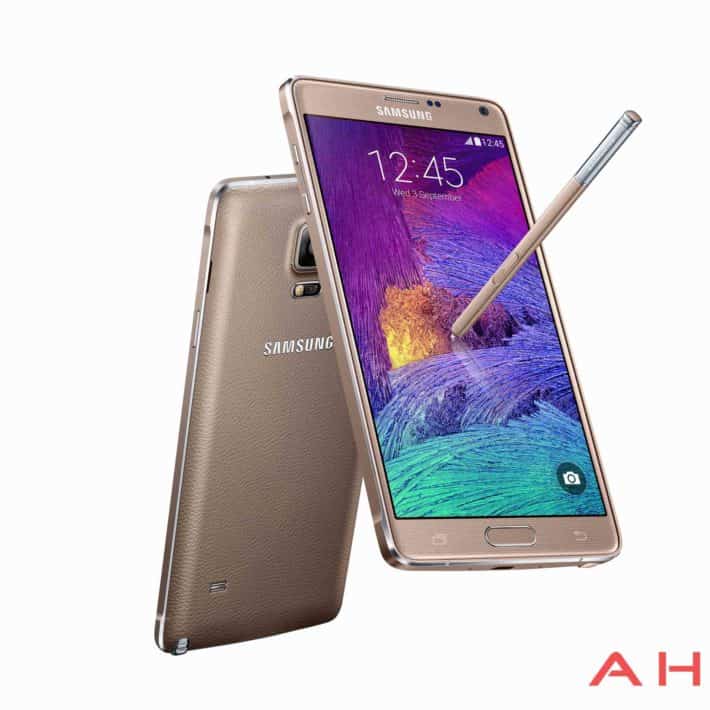 One of the most highly anticipated releases this year has to be the new Samsung Galaxy Note 4 – mostly because the techies were waiting to see if Samsung took any bolder steps with the new Note 4 than they did with the Samsung Galaxy S5…and the answer was a big resounding, "no!"  That is not to say the new Galaxy Note 4 is not receiving rather favorable nods for the all-metal frame and technical improvements – hell, Samsung announced the Note Edge as well, with quite a radical new design departure with the curved 'edge' and everybody is like, "that is just too strange."  This proves the old adage that you can never please anybody…or that people just like to complain…or something like that.

Now that Samsung has announced the Galaxy Note 4, "The Next Big Thing" is when and where will it actually be released for sale?  Samsung initially said that it would hit over 140 countries during the month of October, but which ones?  Samsung has finally revealed to us through their Facebook page a "carpet," if you will of a world map that plots out the dates and countries via colored dots.  With the recent release of the new phablet from Apple, the iPhone 6 Plus, Samsung has accelerated their release dates somewhat…for instance, the device will now be released in its home country of South Korea later this week rather than waiting into the month of October.

As you look at the map below there really appears to be no rhythm or reason as to the order of the countries receiving the device.  It makes sense to launch the Note 4 in their own country first and then closely followed by the South East Asian markets and India.  The date that concerns us in the U.S. is October 17 and our release date.  Remember too, that based on the region you live, your Galaxy Note 4 will have either the Snapdragon 805 quad-core processor (U.S./LTE) or the Exynos 5433 octa-core processor.

Please hit us up on our Google+ Page and let us know if you are going to grab a new Galaxy Note 4 when it comes to your neck of the woods, or are you passing on the Note 4 and waiting for the Note 5 or another Android device, or are you jumping ship and grabbing the new iPhone 6 Plus…as always, we would love to hear from you. 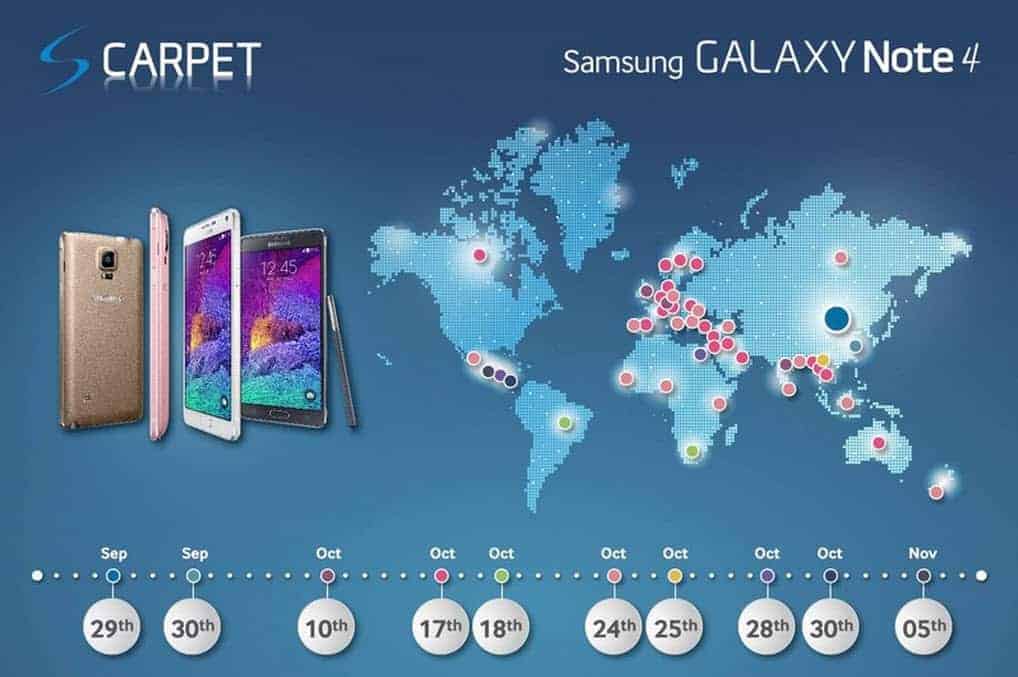