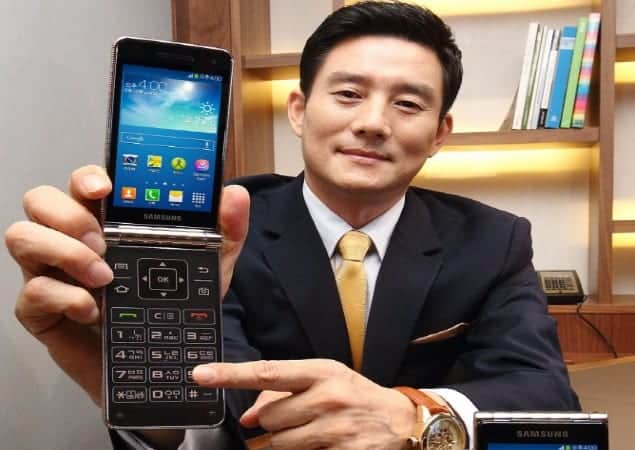 I wonder how many of our readers ever owned a flip phone – I'm betting some might have used the Motorola Razr – but after that you went straight to a candy bar style smartphone.  I actually resisted getting a candy bar – unless it had chocolate, caramel and nuts – as I liked the feeling of flipping my Razr shut, knowing the display and keys were protected from harm, and sliding that baby in my front pocket…no #flexgate there.  It was my desire for a bigger screen that made me finally go with the candy bar style smartphone that we use today.  But I know there are a lot of people out there…okay, they may be older…that would love to keep or buy a new flip phone today.  It wouldn't even surprise me if there are a few younger, closet 'flip-phoners' out there that might think they look pretty cool (is that word still used) flipping that phone shut.

Samsung is making some very impressive flip phones and they are being sold today…only in Asia.  The Samsung Galaxy Golden was one such device, shown in the picture above.  It was so popular that our source has discovered a leaked manual for the Galaxy Golden 2 and it is smoking some pretty remarkable specifications.  These are Android 4.4 KitKat devices with two 4.6-inch WXGA Super AMOLED displays with resolutions of 1280 x 768 – one display is on the outer shell and the other tucked away, inside with the keypad…which has some nice size keys for easy viewing, dialing and texting.

A Qualcomm Snapdragon 801 quad-core processor, clocked at 2.5GHz and an Adreno 330 GPU…coupled with 2GB of RAM powers it – we are talking the same specs as the Galaxy S5.  Even in the camera area there is a 16MP main camera with 2160p 4K video recording and a front-facing camera (FFC) sporting 2MP.  There was no information on internal storage or battery capacity, but it does have dual microSIM slots and will be launching in China via China Telecom.  The original Golden was first launched in Samsung's homeland of Korea, so we can assume the Galaxy Golden 2 will find its way there as well.

Please hit us up on our Google+ Page and let us know if you would ever consider a Samsung Galaxy Golden 2…they seem to think there is no market for it in the U.S…as always, we would love to hear from you. 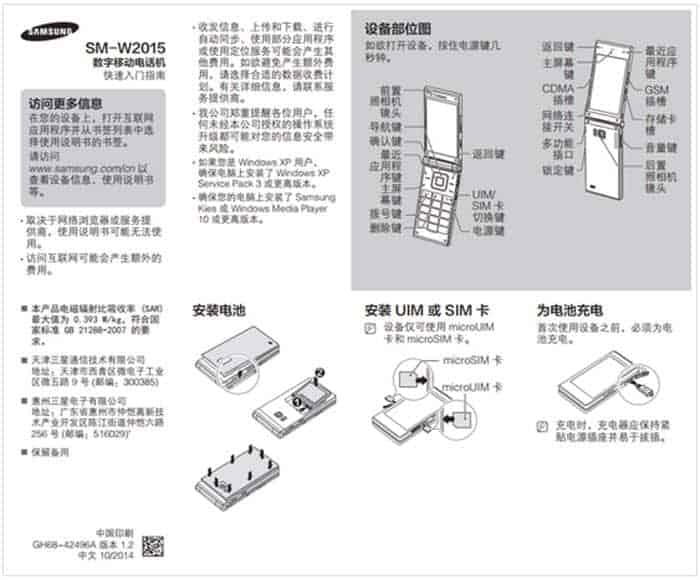