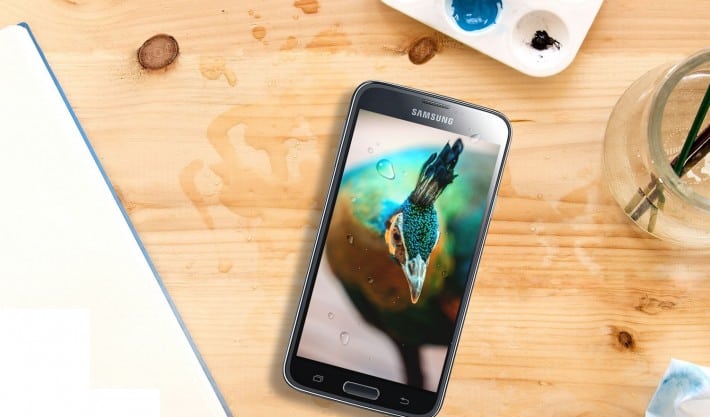 Samsung is well knows for it's top-end specced phones, particularly when it comes to the Galaxy S and Galaxy Note series of devices.  Each year Samsung releases one of these devices in 6-month increments, utilizing whatever the best technology available at the time was.  When the Galaxy S5 launched back in the spring the Snapdragon 801 was the best processor available, and now that the Galaxy Note 4 has launched the Snapdragon 805 is the best available.  Not willing to let its customers sit around and wait for the next Galaxy S release to get a spec refresh for those out there looking for a smaller device than the Galaxy Note 4, Samsung has dropped nearly the same processor as the Note 4 into the new Galaxy S5 Plus and made it available for a number of countries out there on its website.

What's different about the Galaxy S5 Plus over the regular Galaxy S5?  Well to be honest outside of the processor not a whole lot.  It features the newer Snapdragon 805 processor from Qualcomm clocked at 2.5GHz, which is a hair slower than the one found in the Note 4 which runs at 2.7GHz.  Still at the same 1080p resolution as the original Galaxy S5 you're not going to notice this minor clock speed decrease, rather you'll find that this is likely the new kind of performance among smartphones out there.  This is thanks to the fact that the Galaxy Note 4 and the Nexus 6, which both also use the Snapdragon 805, are using a Quad-HD display, and since those displays are a considerable resolution bump higher than 1080p the same processor can do everything quicker at the "lower" resolution of the S5.

The Snapdragon 805 also features the new Adreno 420 GPU which brings gaming performance up to nearly last generation's console power.  That means very soon developers could be pushing near Xbox 360 or PS3 levels of visuals on your phone, and existing games are going to be blazing fast too.  There's also a new LTE modem inside the Snapdragon 805 which bumps the maximum theoretical LTE speed up to 225mbps if your carrier supports those speeds.  Head on over to the Samsung NL website below if you're in Europe and check the page out!  It's got plenty of colors to choose from and you'll be able to order straight from there if you're in a country Samsung will ship the device to, once the device becomes available that is.  No word on price or release date officially but it's got to be soon, and likely not much more than the regular Galaxy S5 too.