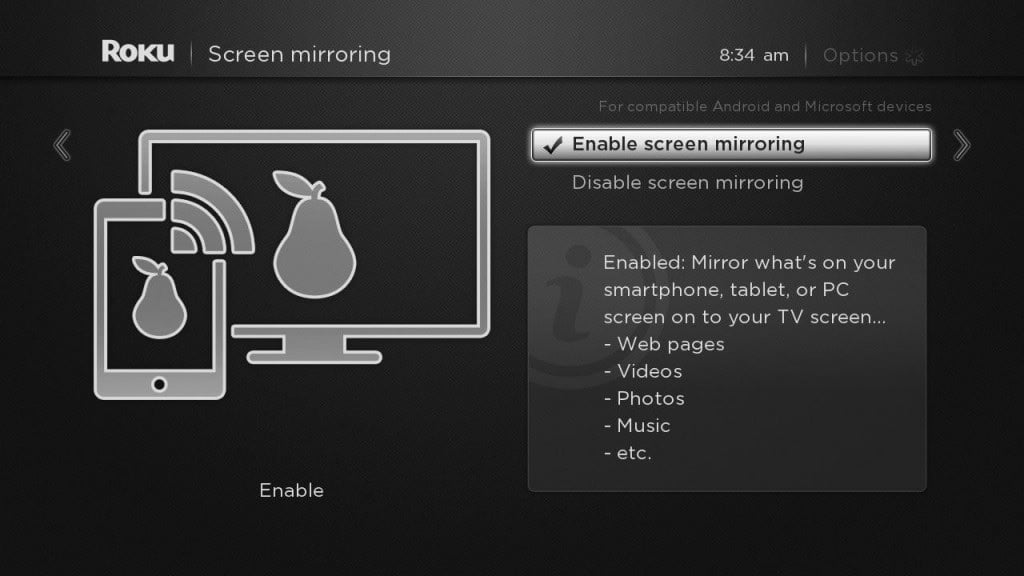 Streaming is all the rage at the moment. Whether it’s Netflix, YouTube, Angry Birds or simply a home photo show everyone seems to be doing it. However, it’s not only consumers who seem quick to jump on the streaming wagon. Since Google launched Chromecast we are significantly seeing a number of other companies looking to offer similar services. Streaming generally has been available for some time, although it certainly seems to be more prevalent recently. Only last week we saw Microsoft launch a new Miracast dongle which suspiciously looked a lot like Chromecast offering very similar service with consumers able to cast anything to their main screen. Only a couple of days ago we also saw the Kickstarter listing of Matchstick, a new casting stick based on Firefox. It now seems Roku also doesn’t want to miss out on the streaming revolution.

Starting today owners of the Roku 3 or Roku streaming stick should see an update coming their way. In short this update will allow Roku users to cast their device screen over to their big TV. Now before this, Roku owners were able to stream (or Cast or Fling) select content from their devices such as video, images and so on. The new update however will allow the users to literally mirror their screen over and effectively view any type of file on the larger screen. This new service will be available to Android, Windows Phone 8 and Windows 8 devices. In terms of Android you will need to be running Android 4.4.2 or higher. One disappointing feature worth noting is that the casting feature does not seem to be available for custom ROM users and at present there is no information on whether this will be offered in the future.

Currently, this is a beta service and as such you should expect some bugs or minor issues to be in effect. As mentioned the update begins rolling out today although don’t be surprised if it takes days (or even weeks) for the update to reach your specific device. So if you are Roku owner (either set top box or streaming stick), then keep an eye out for the update and as always let us know how it works out for you.