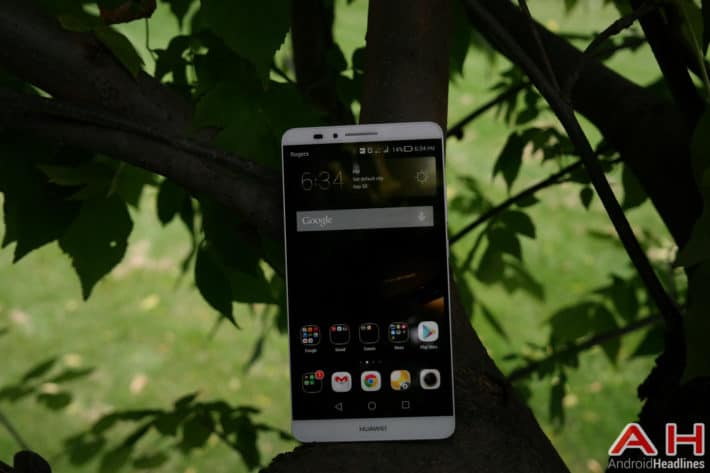 Huawei finally goes high-end with their phablet, Ascend Mate family but is it the best phone they've ever made?

For a while now, Huawei and a few other Chinese OEMs have been attempting to get their feet wet in the US and in Europe. Huawei is somewhat large in Europe now, they actually held their Ascend P7 announcement in Europe earlier this year, and do sell many of their flagships there. However, in the US that's a really different story. The Ascend Mate 2 was their first real flagship smartphone that came over here. They've had others but they were rebranded like the last T-Mobile myTouch. I had the pleasure of using and reviewing the Huawei Ascend Mate 2 a few months ago and now it's time to give you some thoughts on the Huawei Ascend Mate 7. So without further ado, let's jump into the full review. 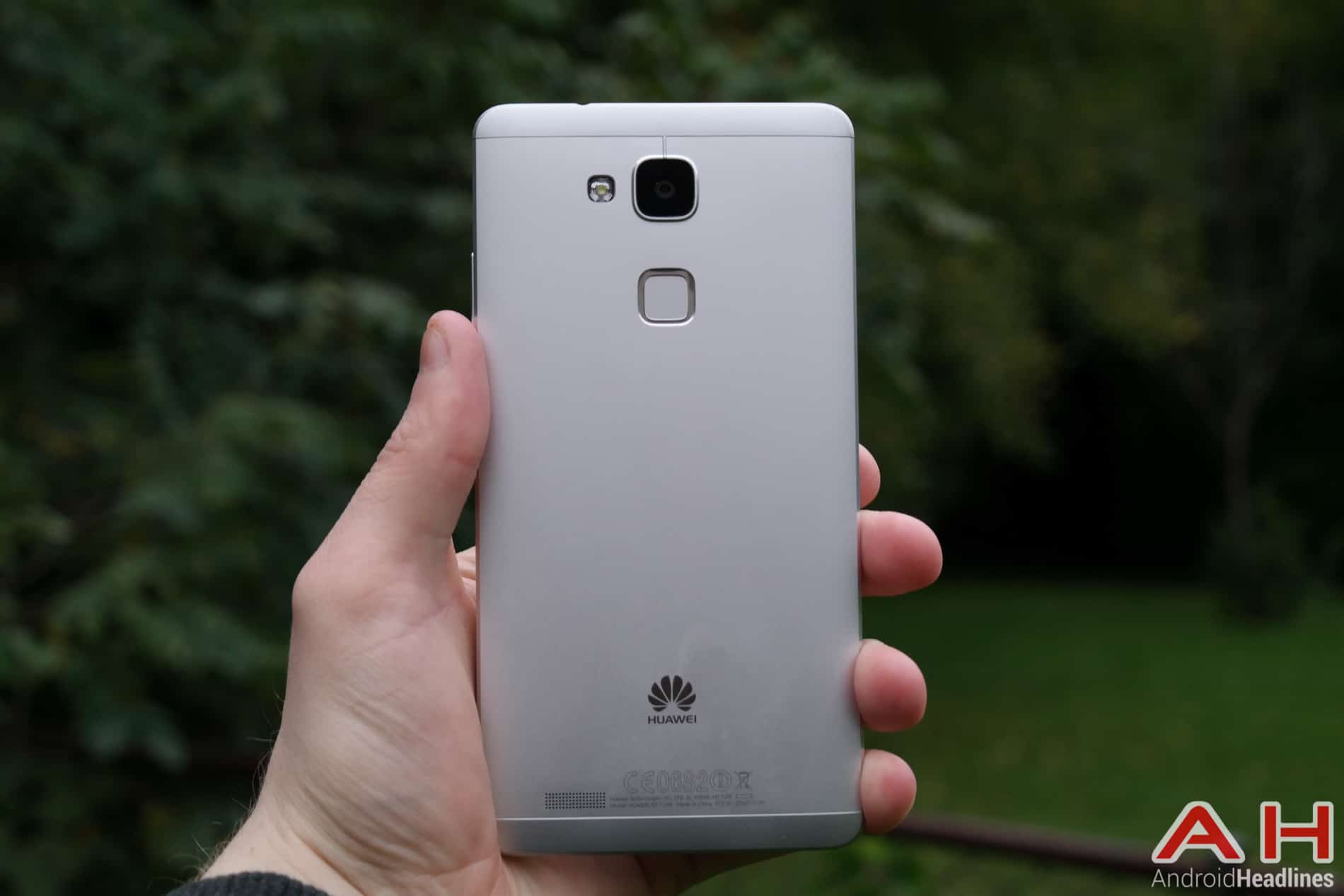 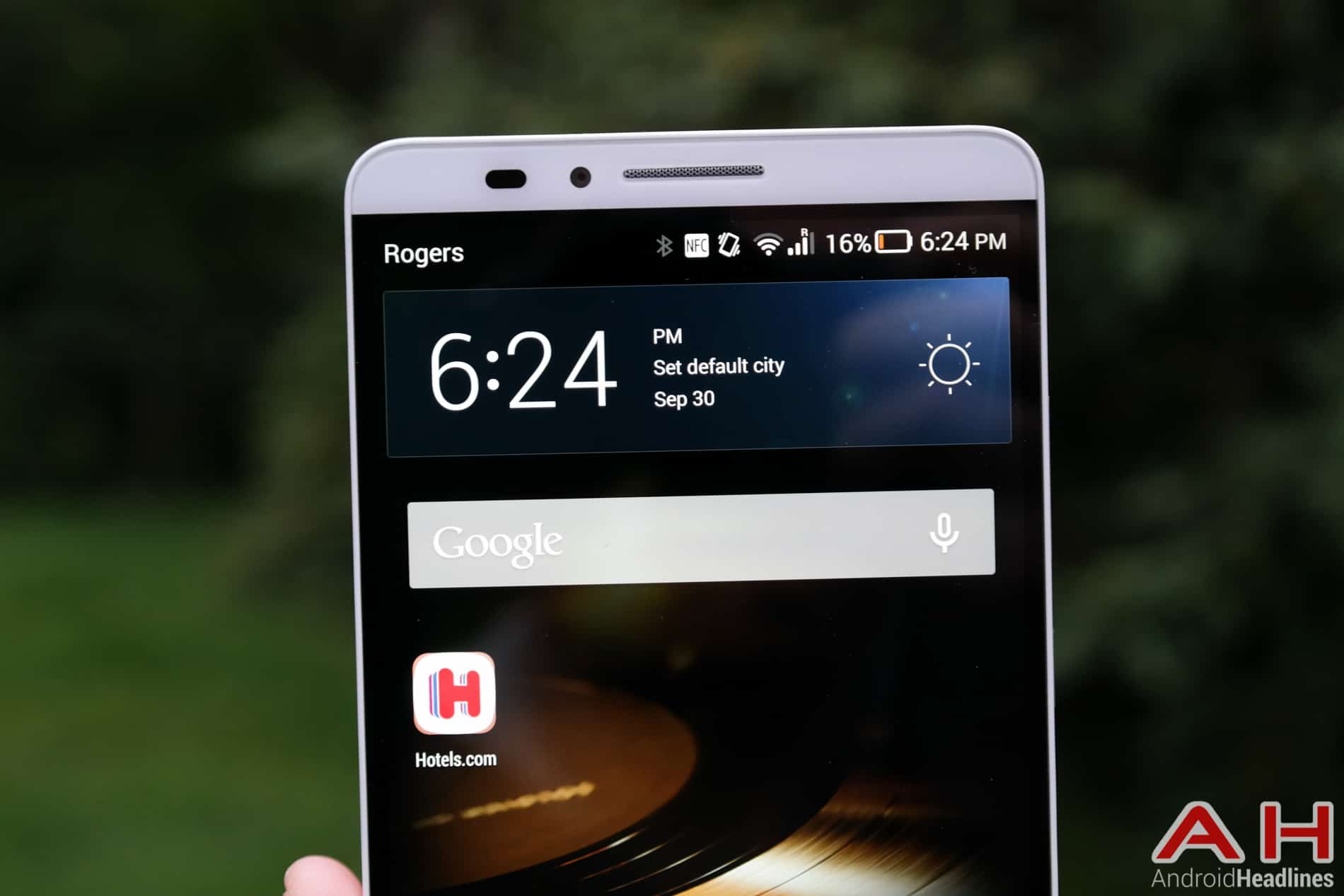 I am actually seriously impressed. The Ascend Mate 2 left a bit of a bad taste in my mouth. As it was basically just a bigger, fatter Galaxy Note 2. It looked and felt exactly like the Galaxy Note 2. And I didn't care much for that. But the Ascend Mate 7 is a bit more high-end and has metal on the sides and the back. One thing I want to point out here is that while it's metal, it's not slippery metal like you've got on the HTC One M8, or HTC One Mini 2 (HTC One Remix on Verizon in the US). This phone is not slippery at all, which is important with it being a 6-inch device here. 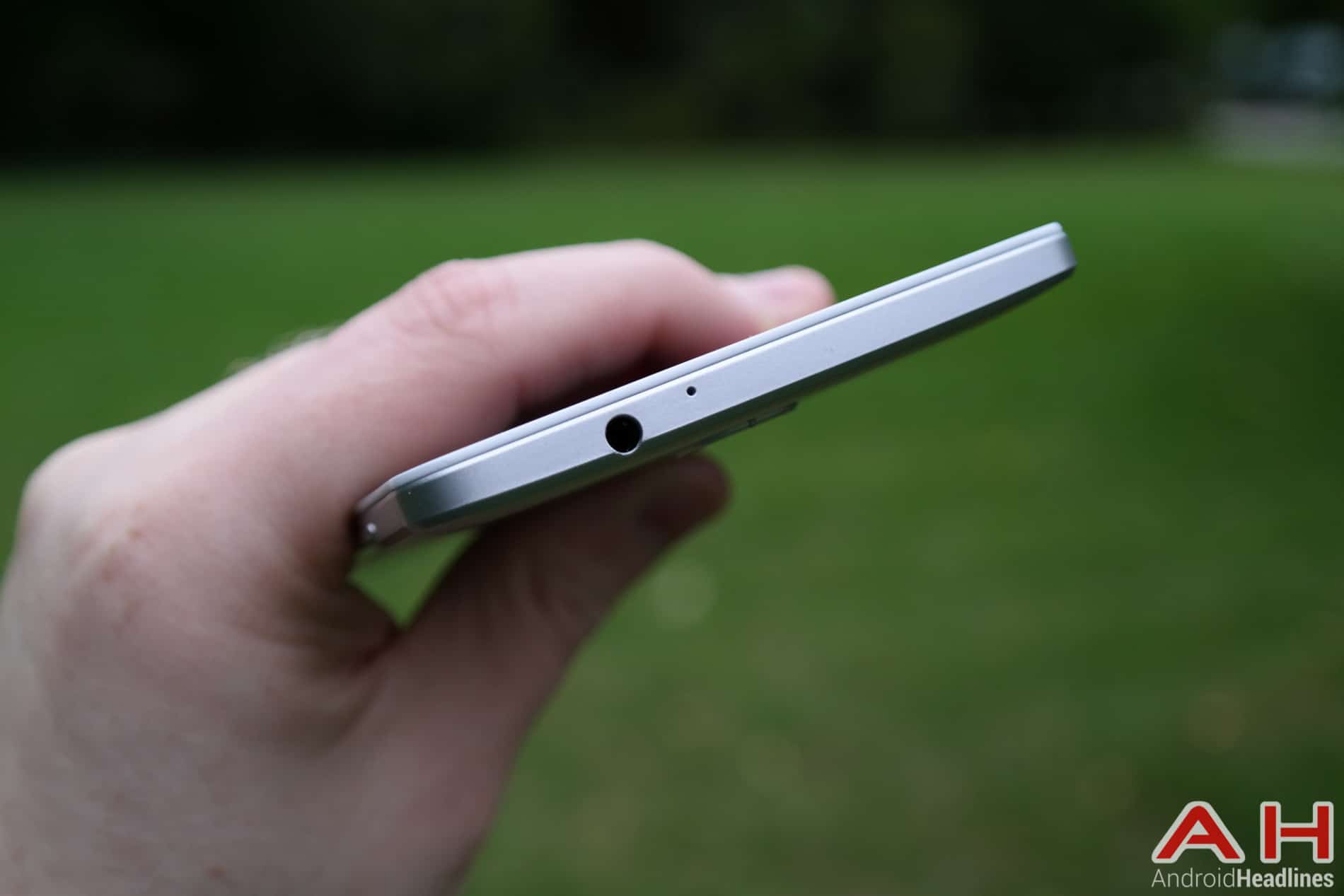 The front is all glass, and we do have the white model here. Typically I'm not a fan of the white model. The biggest reason is that you can see all the ports on the white model. Like the notification LED, and everything else. But I quite like the white Ascend Mate 7. It looks really nice. It feels nice and sturdy as well, like it can take a drop or two. Not that we want to drop our phone anyways. 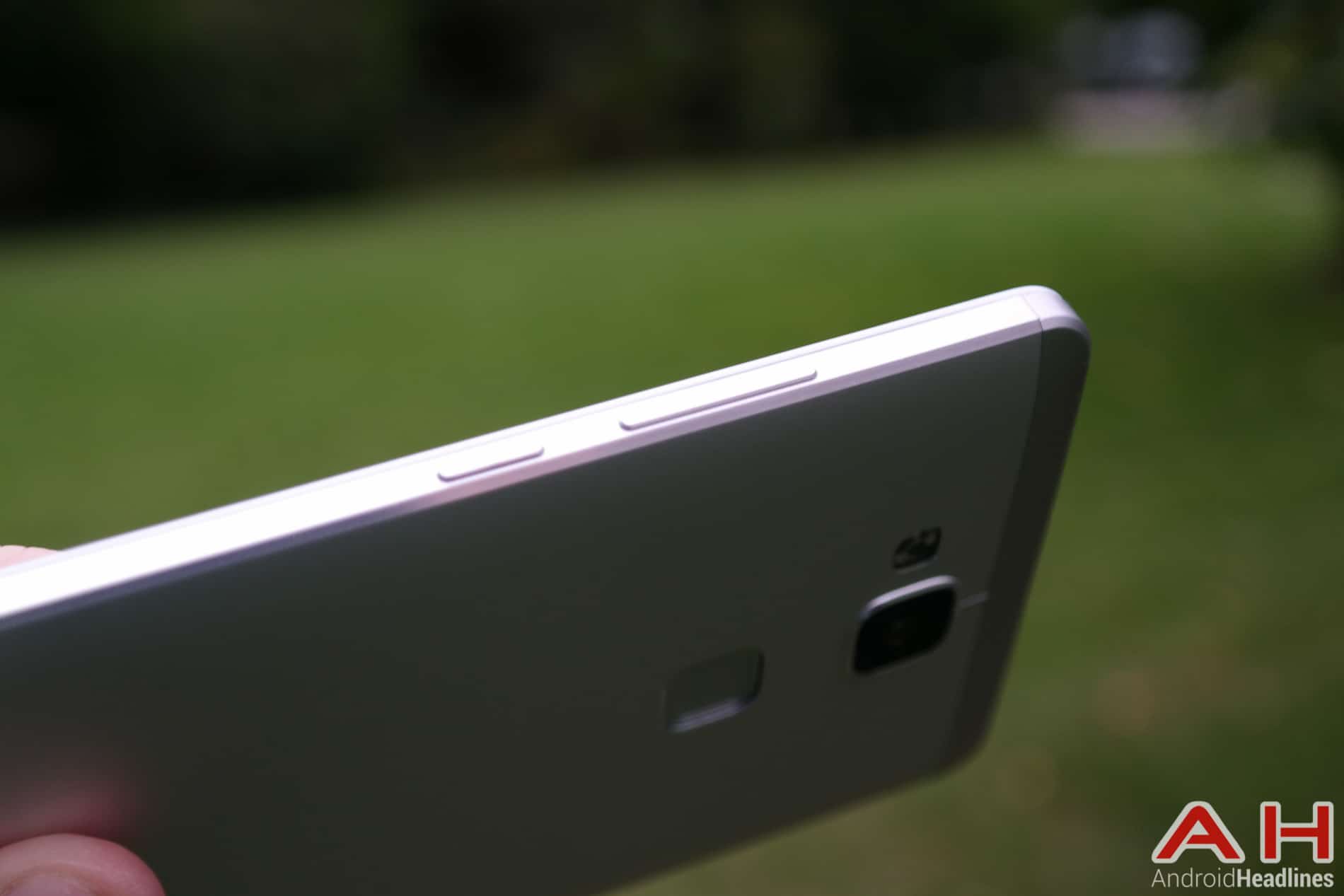 On the back, you've got the camera along with the flash to the left of the camera. There's also the fingerprint sensor on the back, which I have some stuff to say about that a bit later on. Also on the back is the single speaker. Up top you've got the 3.5mm headphone jack and a microphone hole. On the left side is the microSD and micro SIM card slots. Over on the right side is your volume rocker and power button and on the bottom is your micro USB jack for charging. 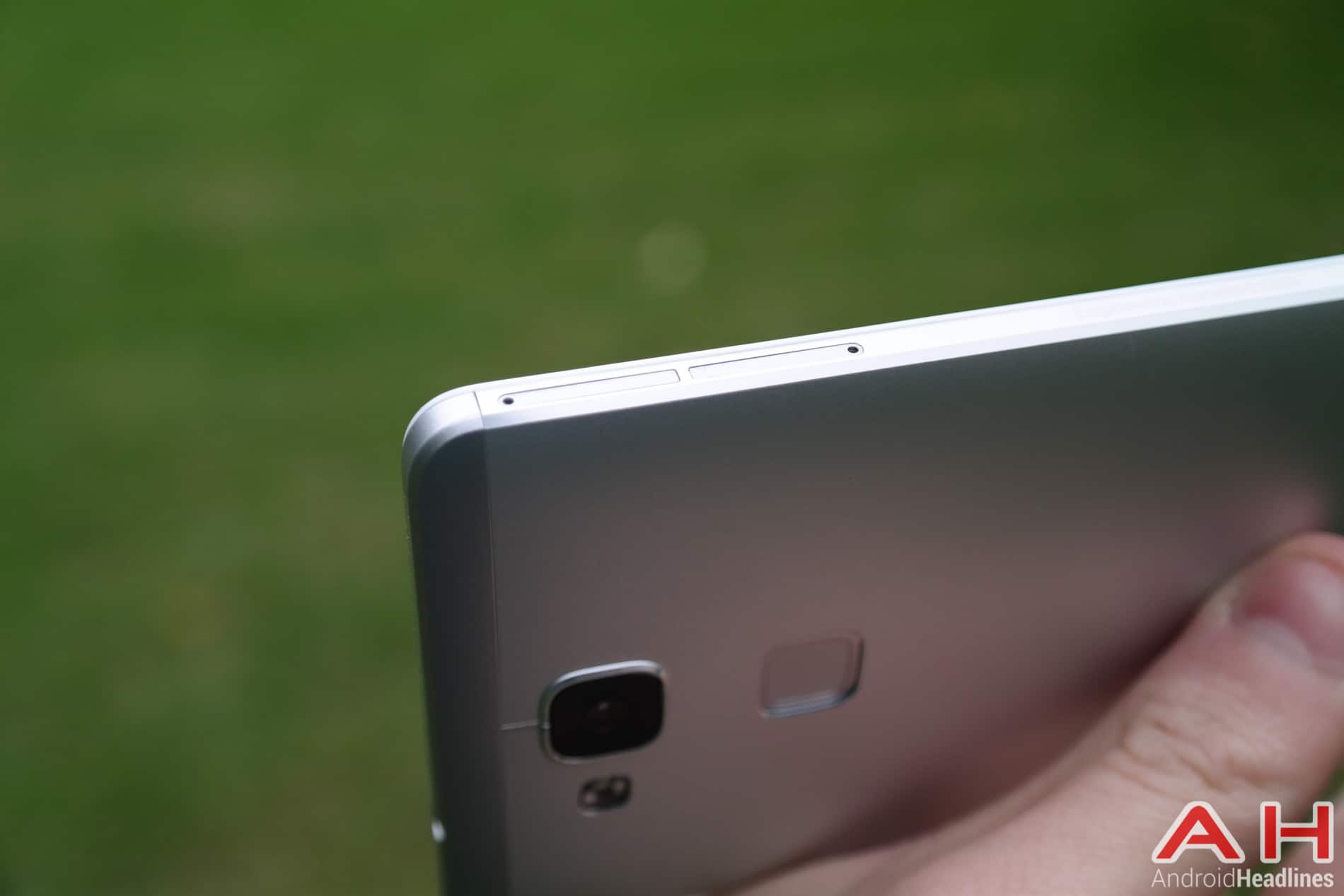 The Ascend Mate 7 has Huawei's own in-house processor. The HiSilicon Kirin 925 processor, which is an octa-core processor. Now we've had other octa-core processors around here before. Specifically from Samsung. As far as performance goes, I've got no complaints here. I played games on the Ascend Mate 7, like Asphalt Overdrive, and Asphalt 8 and had no issues at all. Which is great to be able to say. Especially from a processor that you've never used before. paired with 2GB of RAM, I never really had to close out all the apps I had running and usually had close to a gigabyte of free RAM, which is actually quite good. Even though unused RAM is wasted RAM. 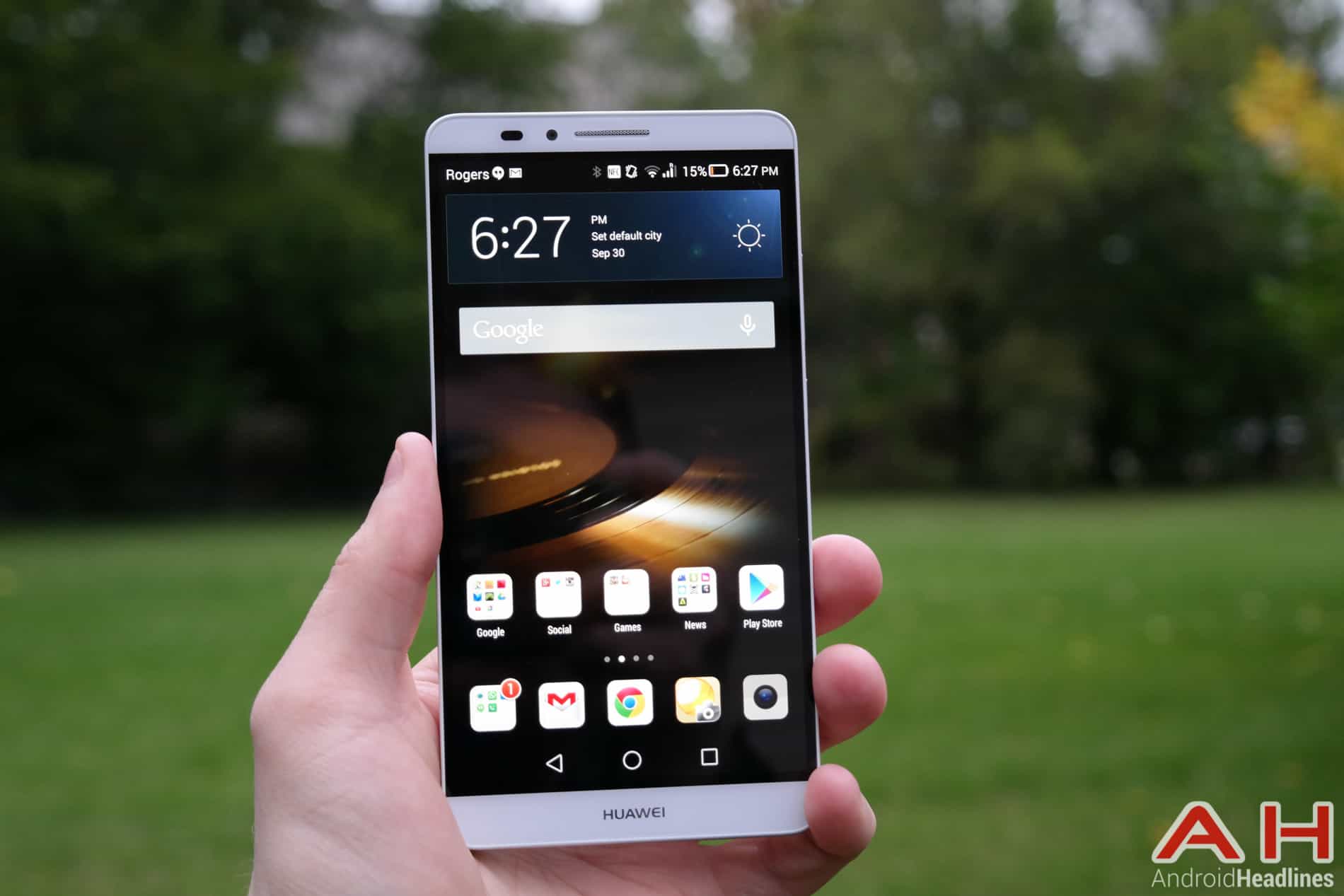 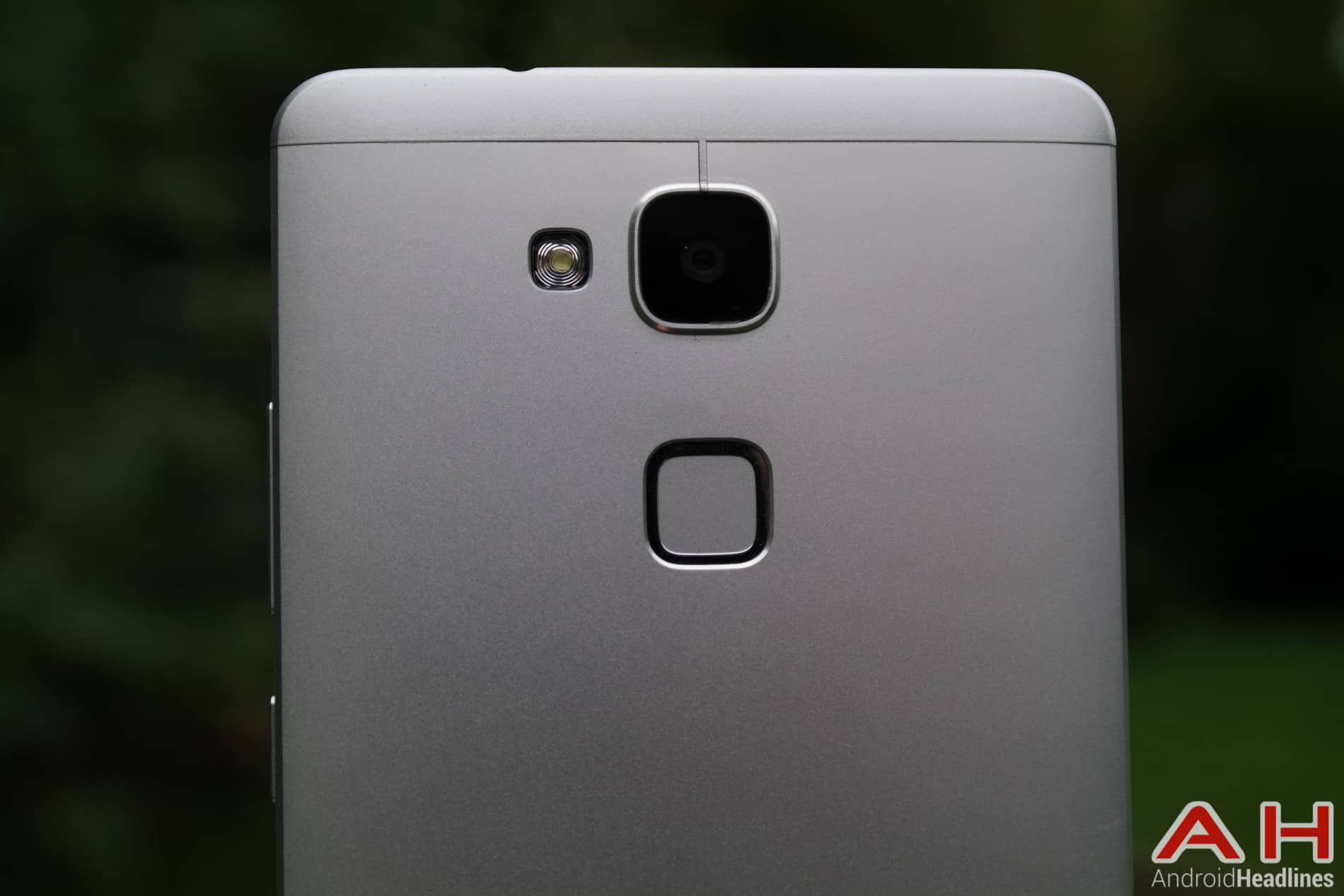 However, the fingerprint sensor on the Ascend Mate 7 just works. Set it up and then just tap your finger on the square on the back and you'll have your phone unlocked instantly. It's a shame that I'm so excited about this. But it's about time someone got it right. Sure they kinda copied it from Apple. But who cares really? 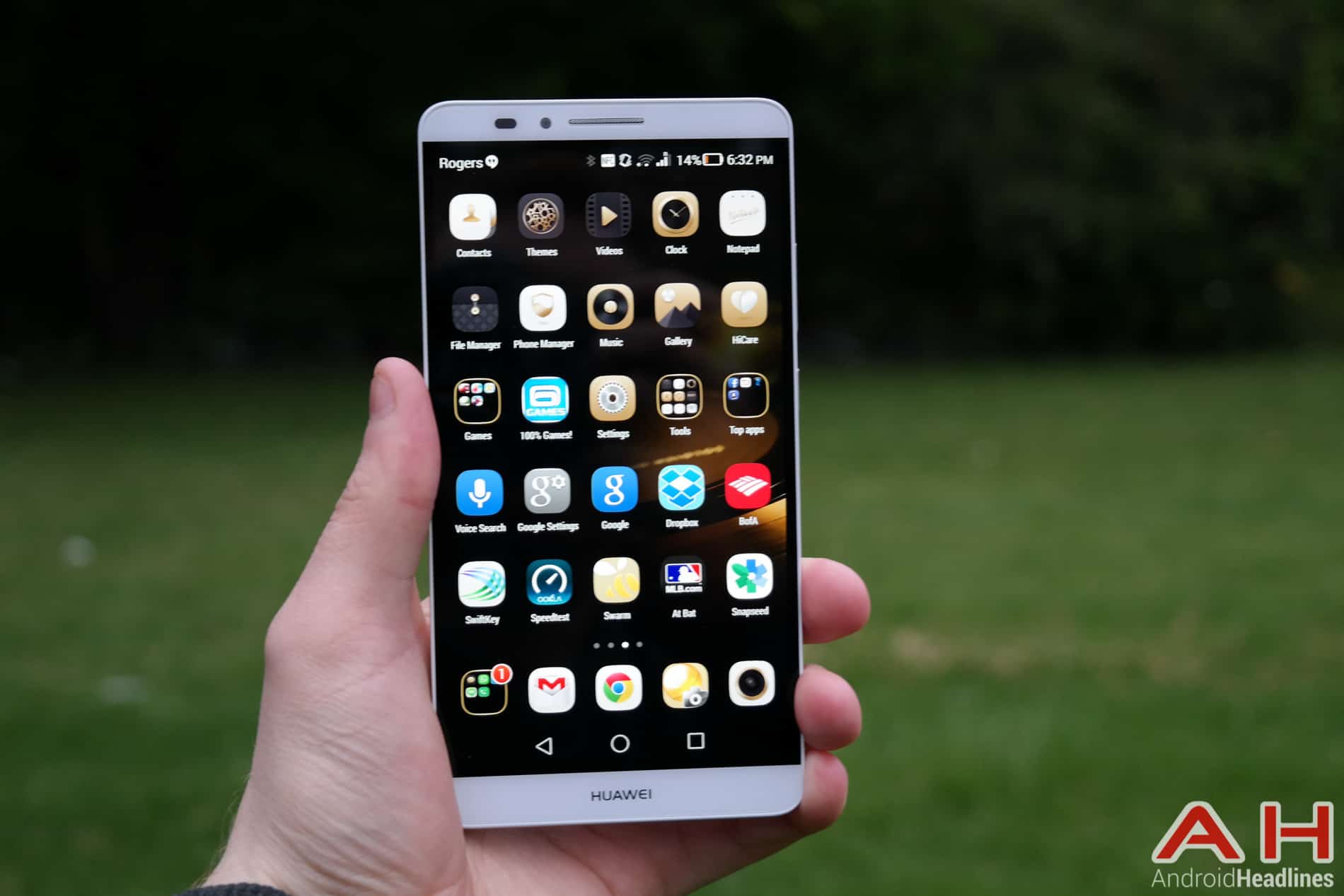 Here's where things get interesting. In the past, I wasn't a big fan of Huawei's Emotion UI (or as they are calling it now "EMUI"). But with the latest version that is on the Huawei Ascend Mate 7, I really like it. You'll notice all kinds of Android L elements here in the software, starting with the softkeys.

Let's start with the homescreens. As is customary with Chinese devices and their skins, there is no app drawer. Everything is on your screen like it's an iPhone. Which may or may not bother you. But you can have all kinds of folders. Which I've got a few of them on my main home screen. You do have the Google search widget and a clock/weather widget there by default. You can move stuff around, obviously. And if you long-press the homescreen you'll be able to change wallpapers, widgets, transitions and the layout. You can also shake the device to align the icons. Which is pretty neat as well.

Moving to the lock screen. There's actually more here than one might think. On the lock screen you've got the clock and date at the bottom as you'd expect, and if you swipe over from right to left you can jump into the camera. But you can also swipe up from the very bottom and open up some other settings and toggles. There you've got all kinds of music toggles like play, pause, skip, etc., as well as share, save and settings. There's also shortcuts to the calendar, calculator, flashlight, and the mirror aka the front-facing camera. 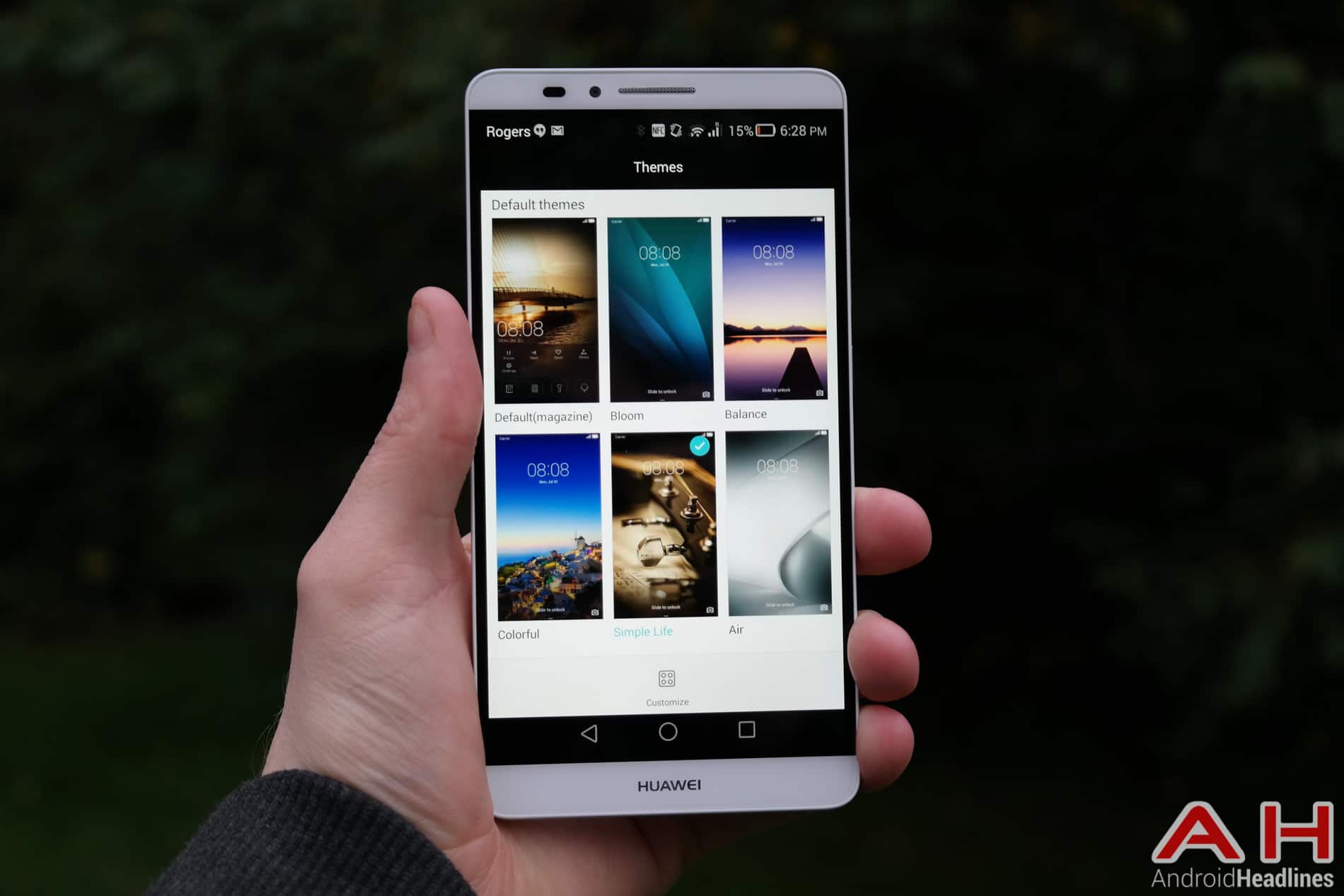 Theming is a big part of the Chinese OEMs skins these days. Huawei has a few themes that are built in here. But you can also customize just about every aspect of the theme. That includes the lock style, lock screen transition, lock screen wallpaper, home wallpaper, application icon style and font style. So far there isn't a way to download more themes from a store of any sort, but I'm sure that'll come soon. 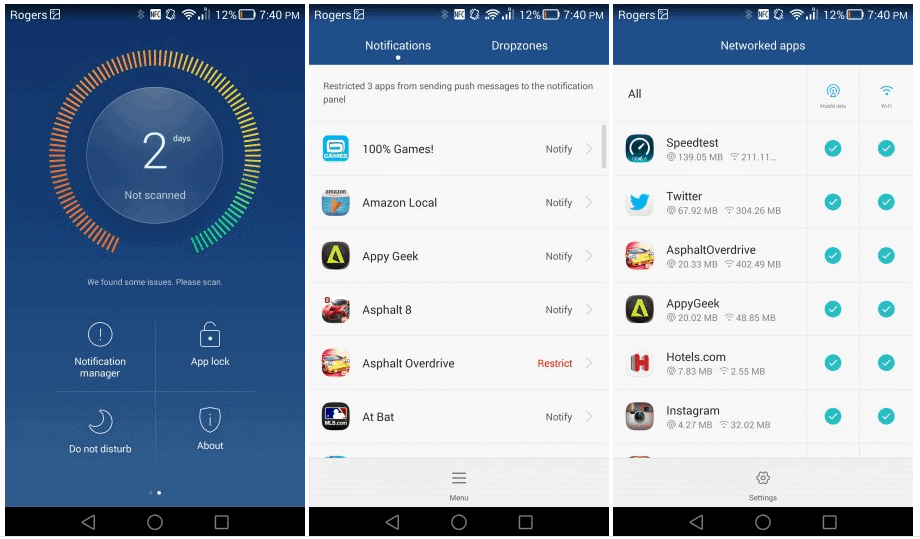 Huawei has a separate app called Phone Manager. Which has a bunch of different settings in here. There's Phone Accelerator, which can clear processes that you aren't using, and if you swipe over to storage cleaner, it will show you which files can be cleaned out, as well as apps that you aren't using often. Huawei also has the Harassment filter. Which essentially allows you to blacklist contacts or phone numbers from calling you or texting you. Power Saving. Just about every phone has this. There are three settings, Ultra Mode, Smart  Mode, and Normal. I kept it on smart, so I was able to get a small boost in battery life. But nothing too crazy. There's also networked apps, which is where you can track your data usage. You can track mobile data and wifi per app. Also you can turn off mobile data and/or wifi data on a per app basis, which is a big deal I think.

Notification Manager allows you to determine which apps send you notifications. So if you're playing a game that keeps sending you notifications every few hours, you can turn that off. Which is nice. App Lock allows you to go ahead and lock certain apps behind a password. Finally there's Do Not Disturb which doesn't need much of an introduction. 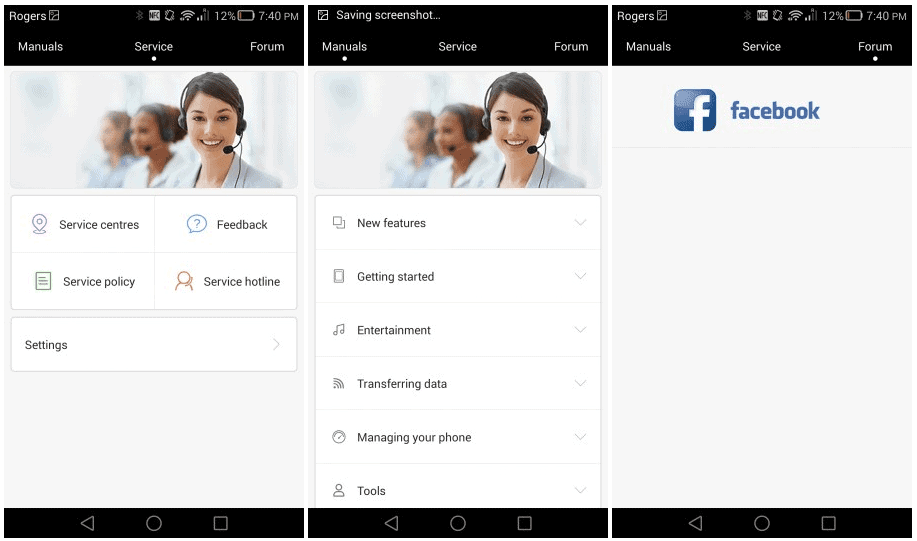 Huawei also has their own customer support app onboard, which is the HiCare app. This allows you to find service centers, give feedback to Huawei, and call the service hotline. You can also find manuals for your device and brows the company's forums. Now it's not much use to us in the US as Huawei isn't really here. But it is a pretty well put together app. 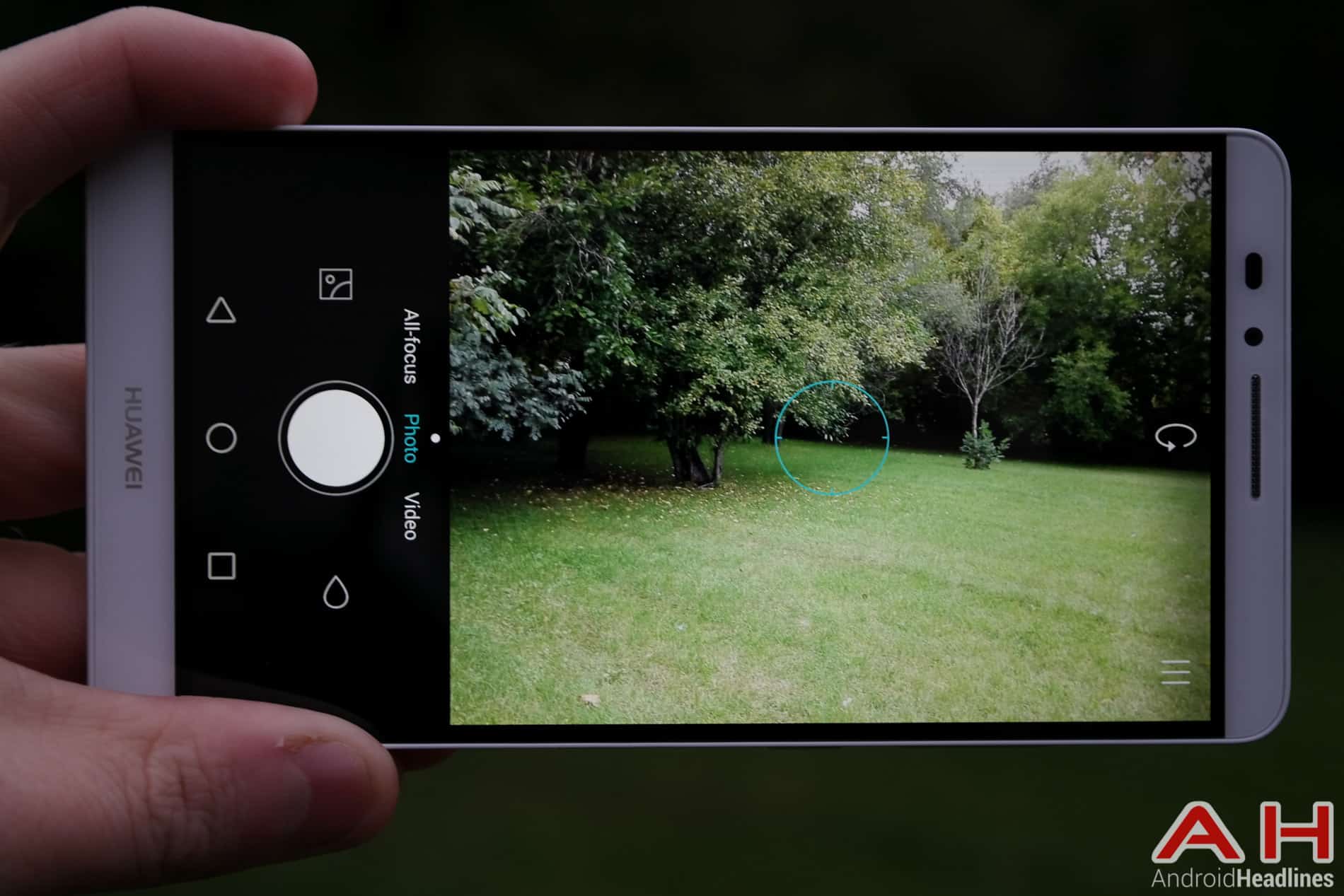 The Ascend Mate 7 has a 13MP Sony sensor on the back of this thing, and it's actually quite good. I haven't had any issues focusing or shooting images with it. I've got lots of pictures down below for you to check out. 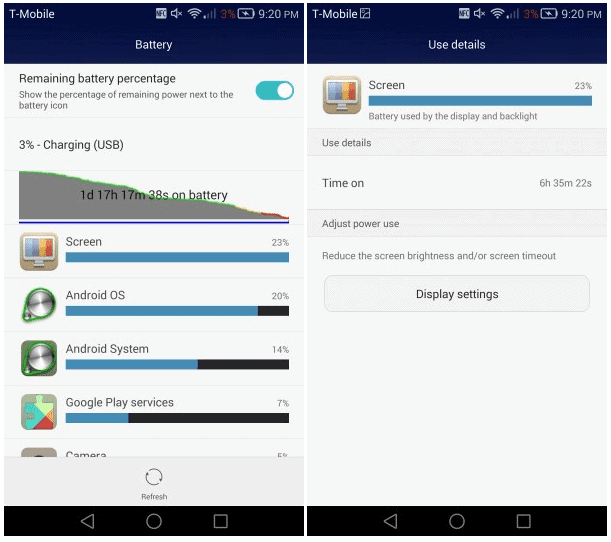 Let's see, a 4100mAh battery paired with a 6-inch 1080p display. It should do fairly well right? Well take a look at the images above and below and you tell me. Honestly, I think it does very well. I was typically able to get through about 2 days on a charge before needing to recharge it. Which is pretty good in my book. Even on LTE it did pretty well. Which actually surprised me. 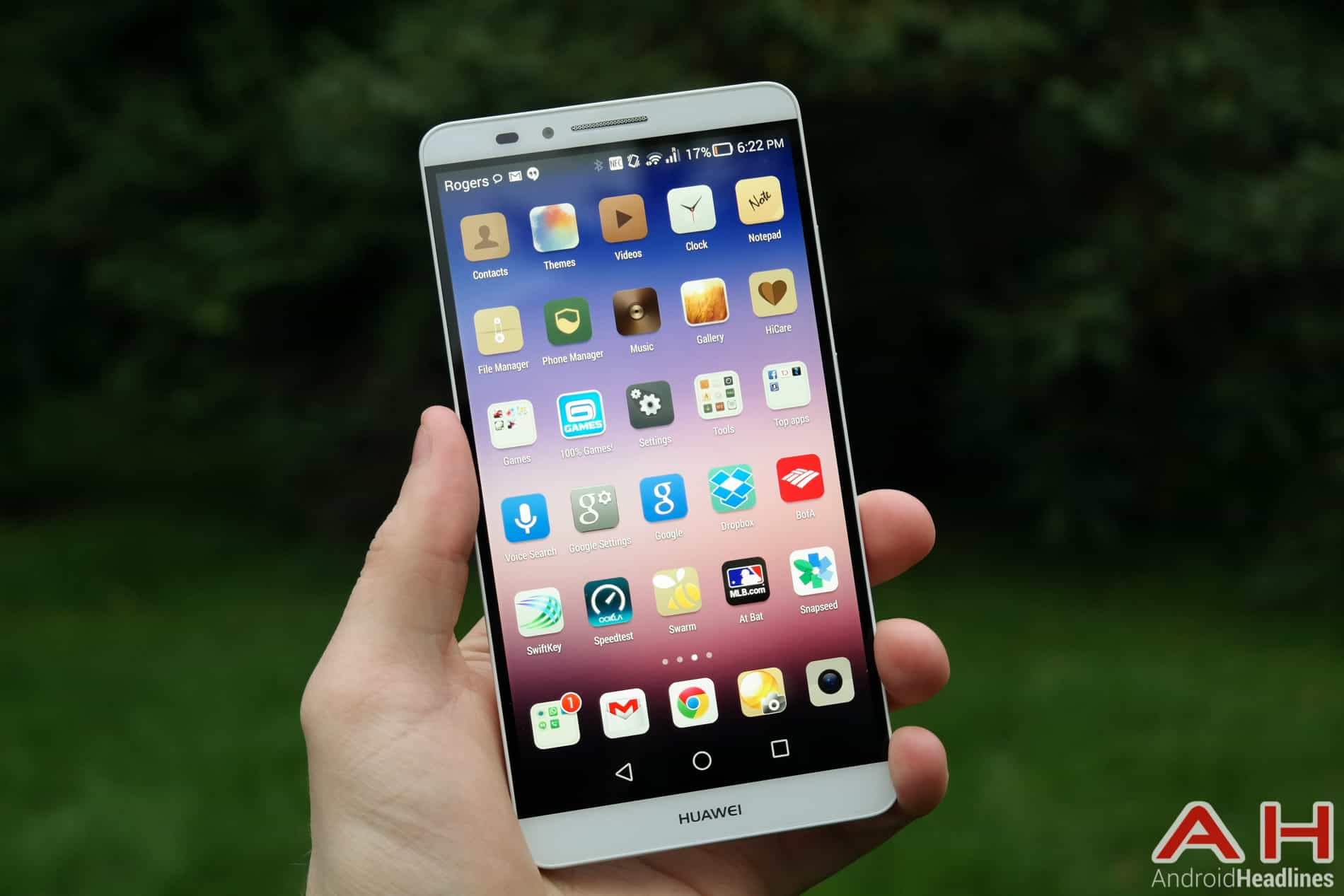 Damn, the Huawei Ascend Mate 7 is an awesome phone. This would definitely be my daily driver, but. Yes there's a but. It's just too big for my liking. Now that's just my opinion. You can agree or disagree. It is a 6-inch phone, but with the relatively small bezels, it's actually not that large. It's about a finger tip wider than the LG G3 and a bout 2 finger tips taller. So if you're fine with that, then this is a great phone.

I basically have zero complaints about this phone. Although I will say this. It works completely on T-Mobile's network, but AT&T is another story. I was only able to get HSPA+ on AT&T, which isn't really good for them. It's just a small step above 3G. So if you're looking to import this to the US, keep that in mind. And have fun with your Ascend Mate 7.