This is certainly an interesting match up – the new Motorola Moto X and the new Nexus 6, based on the Moto X!  These two devices share a lot in looks and style, but little else.  They both have that new, unmistakably, Motorola look, especially the Moto X, and why not…it is striking look  – too bad you cannot get custom backs for the Nexus 6 as that leather or real wood is gorgeous – with its curved back and it is so comfortable to hold in your hand.  The Nexus 6 really looks premium with that metal frame connecting the glass to the dull-matte (in a good way – not shiny) plastic backing.

About the only thing spec-wise they share are the nearly identical cameras – a new 13MP with Auto Focus and the new Dual-LED Flash Ring – the main difference is that they included OIS in the Nexus 6 and with the new Snapdragon 805, the Nexus 6 should take better pictures, especially in low light.  The both use the AMOLED display technology, but with different size screens and resolutions, they are still going to be different.  They each have a metal frame for strength and stability and neither one has a microSD card slot for expanding internal memory…speaking of internal memory – they both have a 32GB option and the Nexus 6 wisely made that their smallest option and adding a 64GB model as well.  In the new Moto X, there is also a 16GB option – which I think should be totally abandoned by all manufacturers, especially when there is no expansion on board.  Both devices can also take advantage of the new Motorola Turbo Charger that will give you up to 8 additional hours of usage with only a 15-minute charge.

Please take a close look at the detailed specification sheet below and you will be able to see the many differences…then we will take a look at each individual device and from there I will try and pick the winner of this comparison. 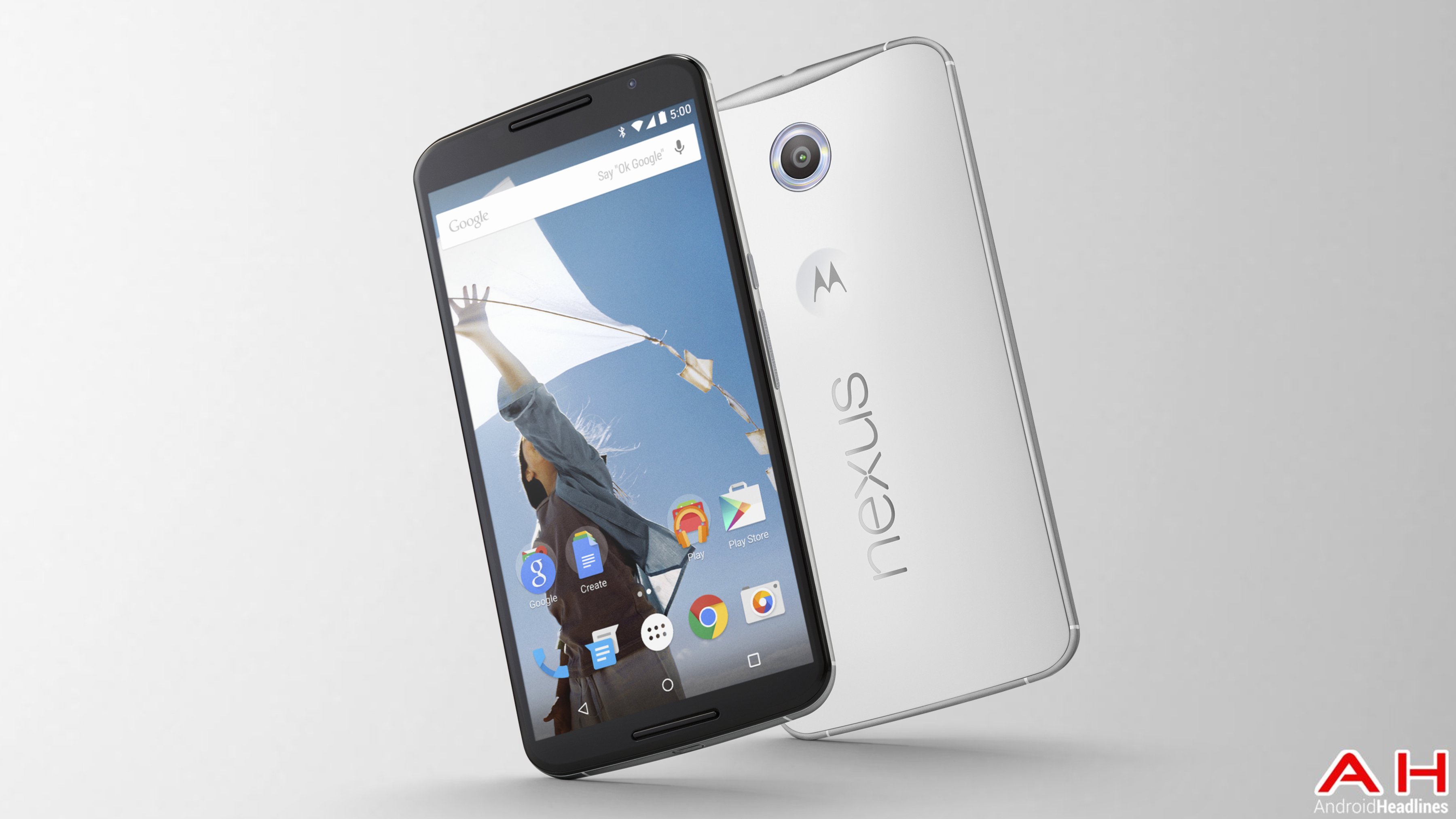 The Nexus 6 is really a Moto X stretched in all directions, but within that stretched out body, beats the heart of a lion.  The ONLY problem with all of this 'stretching' is that it has turned off many current Nexus 5 users as well as potential new users.  The ONLY problem with the new hi-tech innards is that they caused the price to soar…pricing it out of many Nexus users and putting the device in a category where it must compete against many challengers.  It is both a good and bad situation depending on which camp you are in.

The new Nexus 6 comes with a 6-inch QHD AMOLED display with a resolution of 2560 x 1440 pixels, which translates to 493 pixels-per-inch (PPI) – a far upgrade from the 5.2-inch Full HD used on the new Moto X.  The Qualcomm Snapdragon 805 quad-core processor clocked at 2.7GHz is also a good upgrade over the 801 model in the Moto X – many have said there is not much of a difference, however, when it comes to graphics, camera, processing speed and battery management, there is quite a difference.  The Nexus 6 is also packing 3GB of RAM versus the 2GB on the Moto X.  We already talked about the internal storage, but the Nexus 6 offers 32GB or 64GB and no room for expansion – Motorola (Google) is a huge fan of using the cloud for storing all of your pictures, videos and songs with access to everything from all devices.  The battery area is another huge success for the Nexus 6 with a whopping 3220mAh versus the puny 2300mAh in the Moto X.

Both devices have the usual Wi-Fi 802.11 a/b/g/n/ac, NFC, Bluetooth (4.1 on Nexus 6 and 4.0 on Moto X) and a microUSB 2.0 port for charging and data transfer.  The Nexus 6 has dual front-facing stereo speakers versus the front mounted speaker on the Moto X.  Of course, let us not forget that the Nexus 6 will be the first device running Android 5.0 Lollipop and that will be ushering in a new 64-bit era for Android with a wealth of new features.  This time around, and smartly so, the Nexus will be available on all major U.S. carriers and will cost $649 off contract, but if you are willing to go with a two-year contract, you should be able to get a great deal.

The new Motorola Moto X is a terrific smartphone and better in every way to the first generation Moto X – a larger everything and finally a flagship device to compete with the likes of the LG G3, HTC One M8 and Samsung Galaxy S5.  The new Moto X really looks nice, especially with the real leather or wooden back – and with the curved back, it is so easy to hold in your hand.  The metal frame helps give it solid premium look and feel as well.  This is not your father's Motorola, son.

The new Moto X has a 5.2-inch Full HD AMOLED display with a resolution of 1920 x 1080 pixels and 423 PPI – a great display, but not up to the QHD display on the Nexus 6. The Snapdragon 801 quad-core clocked at 2.5GHz is a true work horse, but the newer 805 used in the Nexus 6 has several improvements in the line of processing speed, better battery life, better camera qualities and better GPU attached for better graphics.  Not that 2GB of RAM is anything to sneeze at, especially with X8 optimization Motorola does with its processor and software, but the 3GB in the Nexus 6 is just better for high memory processing and multitasking.  Again, the 2300mAh battery, though small by today's standards, gives excellent battery life in the Moto X…so just imagine with the newer processor, what the Nexus 6 can do with its 3220mAh battery.

Besides the usual, basic Wi-Fi, NFC Bluetooth and a microUSB port, the Moto X does have a couple features they left off the Nexus 6 – four microphones for noise cancellation and better voice sound, the Dynamic Tuning engineered by Motorola for better reception and the option of a real Leather or Wooden back.  But for now it is only running Android 4.4.4 KitKat, not available on Sprint, but does have an attractive price of $499 off-contract and only $99 on a two-year deal.

Both of these devices are awesome…I just think the new Nexus 6 is 'awesomer.' I like bigger phones, but that is not the deciding factor by far – the QHD display, the better processor, the extra RAM, extra large battery, those dual front-facing stereo speakers and Lollipop, Lollipop – I love Lollipops…yes, I know the Moto X will get their update soon, but the Nexus 6 is just the quintessential Android 5.0 Lollipop!

The Moto X didn't pass all of its features over to the Nexus 6 – like the four microphones or Dynamic tuning, but there was enough passed over to the Nexus 6 as well as the qualities listed above that just makes it the winner in my book.  With the increase in the Moto X off-contract price and the availability of the Nexus 6 on the carriers with two-year pricing, helps take the pricing difference out of the picture.

Please hit us up on our Google+ Page and let us know which one of these excellent devices won the comparison in your mind…as always, we would love to hear from you.

Trusted By Millions
Independent, Expert Android News You Can Trust, Since 2010
Publishing More Android Than Anyone Else
27
Today
27
This Week
401
This Month
401
This Year
101896
All Time
Advertisement