The big headline with many of today’s companies is that they are preparing to sue, going to fight the legal battle against, going to return sue, or going to appeal the decision or outcome against some other company.  That’s how all of these end, since the companies refuse to settle for losing sales in a country just because of injunctions or sales bans for various reasons.  But what of the cases that we might not hear about?  Well, Business Insider has a fun little chart for that. Not something you usually hear, right?  It’s because not many people are left begging or looking explicitly for a pie or circle chart.  Many cases are targeting Android, both because it uses a lot of features and techniques inspired by other companies and succeeds where others might have failed and because Android is the operating system on the majority of today’s handsets.  So, the founder of the FOSS Patents Blog, Florian Mueller compiled data about the result of 222 claims of patent infringement.  Here they are.

91% have gone literally nowhere, with 42% being dropped and 49% being lost.  And the remaining 9% have been won and meritous.  That’s…interesting.  Now, let’s see that again?  Half of those 200+ cases of patent issues were lost, which makes sense (since there’s the outcome of win or lose in a court case; very few if any companies ever settle and compromise on issues of rounded-off corners on a visually rectangular black display…).  But the fact that the other half are not won, in any sense, but not even fought?  Yeah, as with many cases that end in loss, a re-suing is a common sight, and we often hear of the Android member (if looking at an iOS versus Android case) having their case dropped and not fought at all.  That’s just sad.

What’s worse is that less than 30 of the 222 cases gave a result that paid off in any way. At all.  And this, folks, is why people are often annoyed by constant ‘someone is suing someone else for their stealing of the something patent for whatever’ talk when Samsung releases new devices, or Android introduces a new feature right from Google’s source code for the project.  This, people, is why the argument often culminates in ‘just shut up, stop burning money having a lawyer-off, and enjoy your business’.  Because the ultimate profiteer of any technological patent battle is always the lawyers and the law firm that supplies them, since the time it takes to handle most of these cases are months, sometimes even years, of real time and paid work.  Moral of the story, for your morning, afternoon, evening, or midnight reading?  Don’t sue in technology for patents.  Just don’t.  What’s the stupidest patent you’ve seen fought over?  Who called who out on it?  And please, try to not just smash Apple.  Let’s hear some interesting ones.  If you’ve got one, let us know down below. 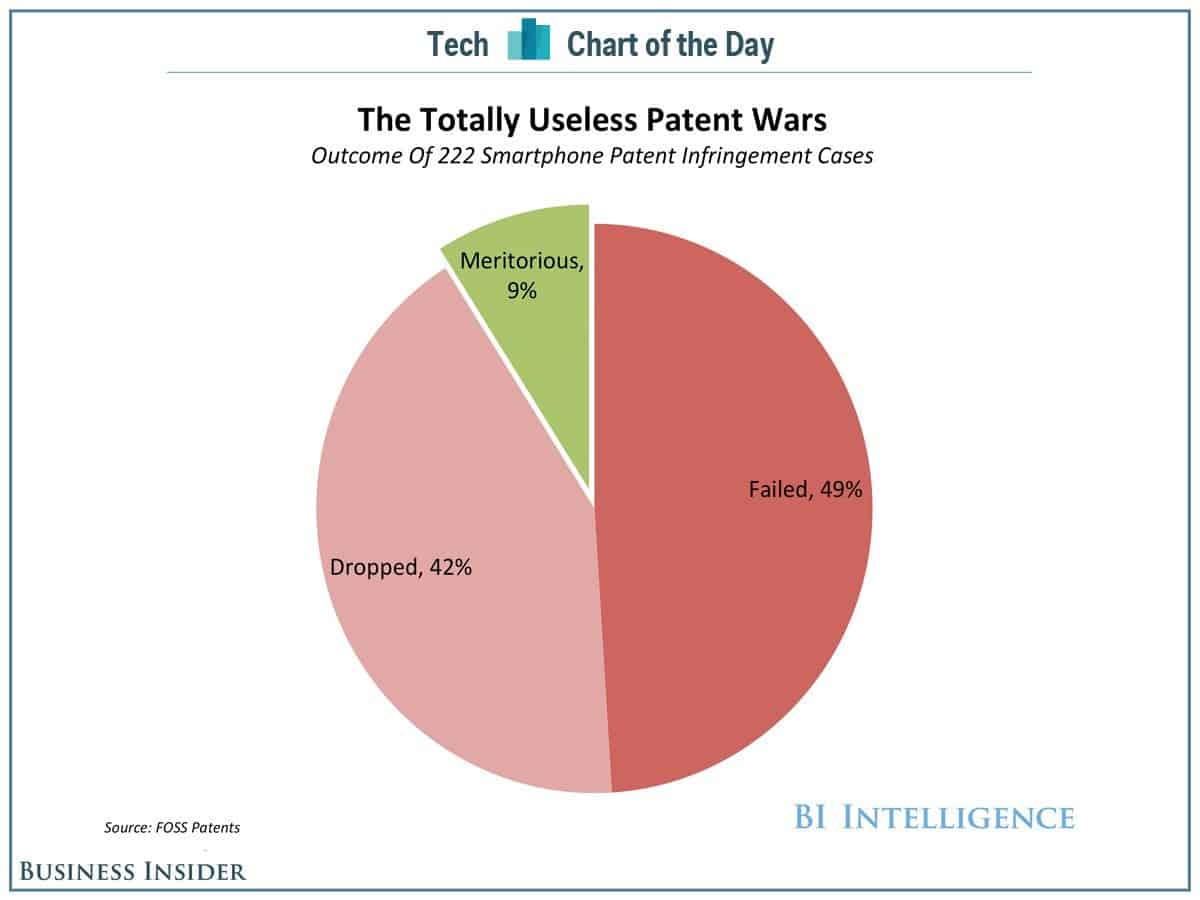