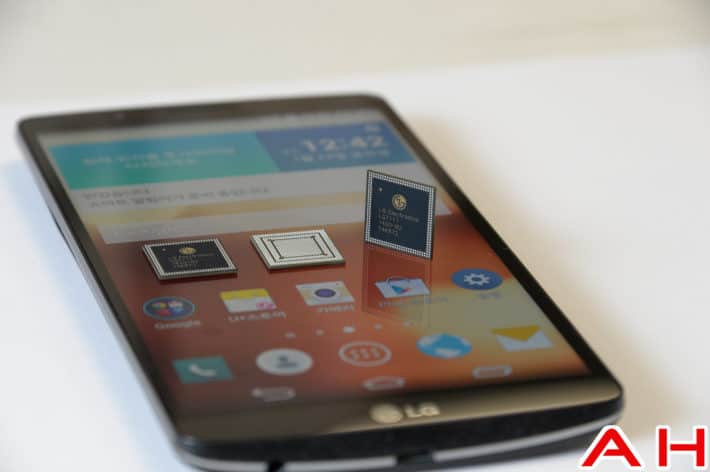 For those of you that don't know LG for some time have been looking to broaden their grasp on electronics at a deeper level then devices. The Korean tech company hopes to achieve this by manufacturing its own internal application processor which in turn will be integrated into various LG devices. The processor (which is going by the name NUCLUN) has been in the making for some time and news of its existence and development has been ongoing throughout the year. During October the speculation stepped up a notch with slightly conflicting reports on when and what device the processor would be launched with. At the start of this week it has been reported that NUCLUN would be included in a device which would be part of the LG G3 family. In contrast a couple of days ago leaked images suggested it would actually be released in the LG Liger first.

LG today have officially announced the details of NUCLUN which are as follows. NUCLUN will make its market debut this week in the 'LG G3 Screen' which is a device designed specifically for the Korean market. Most of the details about the actual processor are consistent with what we already knew and expected. NUCLUN was designed using ARM bit LITTLE technology to maximise multi-tasking. NUCLUN is an Octa-core processor consisting of four ARM Cortex-A15 cores which clock at 1.5GHz. The secondary four cores are also ARM Cortex A15 but will clock at the lower 1.2GHz for less intensive processing. In addition, NUCLUN has also been confirmed as LTE-A Cat 6 compatible and as such will work sufficiently with 4G networks with a maximum (theoretical) download speed of 225Mbps.

In the same announcement LG also provided details on NUCLUN's debut device the LG G3 Screen and these are again as follows. The G3 Screen is phablet based and identical in size to the Nexus 6 with a full 5.9" screen. The display will be a Full HD IPS display although details of the resolution were not provided. Inside the device will come loaded with 2GB RAM and 32GB internal memory as well as an external microSD card slot. Not to mention the G3 Screen will come powered by NUCLUN. In terms of cameras the G3 Screen offers a 13MP (OIS+) rear camera and a more modest 2.1MP front shooter. The device will be powered by a 3,000mAh battery and running on Android 4.4.4. Lastly, the device dimensions are 157.8 x 81.8 x 9.5mm, weighs 182g and will be available in black and white. However, as mentioned this does look to be a Korean only device. So there you go. Both the LG G3 Screen and the LG NUCLUN processor are now confirmed by LG and we will be seeing both the processor and device hit the market in the next few days albeit in South Korea.