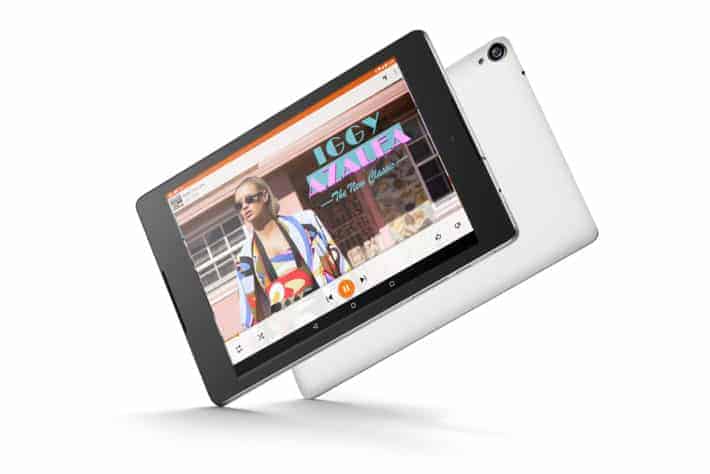 After lots and lots of rumors, teasers and leaks regarding Google's upcoming Nexus devices, this Mountain View giant has officially announced both of these devices. The more recent leaks were spot on, Nexus 6 smartphone is manufactured by Motorola while the Nexus 9 tablet is made by HTC. This announcement has been a long time coming and Google finally decided to announce them. Both of these devices will ship with the newest Android operating system, Android 5.0 Lollipop. This name has been teased for a while now and it really doesn't come as a surprise, even Google teased it a few times.

The Google Nexus 9 by HTC features an 8.9-inch 2048 x 1440 (4:3 ratio) IPS LCD display along with 2GB of RAM and 16 or 32GB of non-expandable internal storage. This tablet is powered by a 64-bit NVIDIA's Tegra K1 dual-core processor clocked at 2.3GHz which comes with a 192-core GPU, just like the one inside of the SHIELD tablet. On the back of this tablet, you can find an 8-megapixel shooter and a LED flash underneath it while a 1.6-megapixel camera is located on the front of the device. HTC's BoomSound stereo front-facing speakers are also a part of this package which is a great thing of course, these are probably the best speakers you can find in a mobile device to date. In order to make this tablet somewhat more premium, HTC used aluminum sides when building it along with soft-touch plastic to make it more gripy. The design is a bit understated and yet classy.

If you want to get it, you'll be able to pre-order it on October 17 while it will be available in stores on November 3rd. The 16GB variant of HTC Nexus 9 will cost you $399 while the 32GB model will set you back $479. There's also a third option here though, 32GB model with LTE connectivity will sell for $699. Do you like the Nexus 9? What are your thoughts when it comes to this pricing? Despite being pricier than previous models, I believe the pricing is just right. You get a lot of power here and we couldn't really expect Google to go lower than they have, that's just my opinion though, of course.