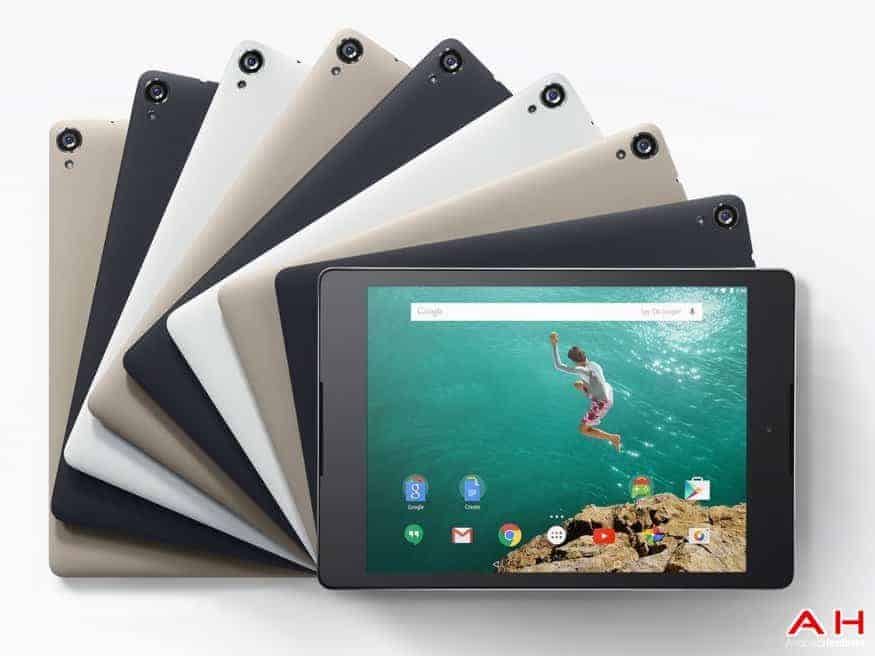 Google has really taken their Nexus line to a new level this year – every device is resized, technically top-notch, and much higher priced.  The Nexus 6 was handed off to Motorola and the tablet side was handed over to HTC – all devices have metal frames and trim with high-end materials and specifications and capable going up against the Samsungs and Apples in the world.  These highly anticipated devices also come with the newest Android 5.0 Lollipop operating system.

The Nexus 9 has just gone on pre-order in Canada at both Best Buy and the Future Shop – both places are offering the Nexus 9 in either Black or White, in 16GB or 32GB storage models, and for the same pricing…slightly higher than purchasing direct from the Google Play Store by $40.  The Future Shop and Best Buy both expect the Nexus 9 tablet to be in-stock by November 10, although they also are listing the 16GB model as having Wi-Fi and LTE, however, there is no LTE availability for the 16GB model…only the 32GB version will have LTE built-in.  The 16GB Wi-Fi model will cost you $469.99 and the 32GB Wi-Fi/LTE model will run you $559.99.  Rogers and TELUS have both announced that they will be carrying the Nexus 9 LTE "in late November."

The Nexus 9 is also a move in a different direction – larger than the usual 8-inch tablet, but smaller than the usual 10-inch tablet – Google seems to think that the 8.9-inch display is the true sweet spot for their new tablet.  Whatever size it is, there is a certain elegance about the device not seen in previous Nexus tablets and under that 8.9-inch IPS LCD display with a resolution of 2048 x 1536 and Gorilla Glass 3, it is packed with performance.

Let's start with the Nvidia Tegra K1 64-bit Dual-Core Denver processor clocked at 2.3GHz and a Kepler DX1 GPU for graphics.  This is all coupled to 2GB of RAM, and either 16GB or 32GB of internal storage…like other Nexus products, there is no microSD card slot for expanding the internal memory beyond the base amount.  The main camera is 8MP with auto-focus, an f/2.4 aperture and an LED Flash and the front-facing camera is 1.6MP for video chats and selfies.  HTC also added their BoomSound dual stereo speakers to the front and it gets all of its power from a 6700mAh battery.

Please hit us up on our Google+ Page and let us know if you are digging the new, larger, and more expensive Nexus 9 tablet – do you see one in your future…as always, we would love to hear from you.