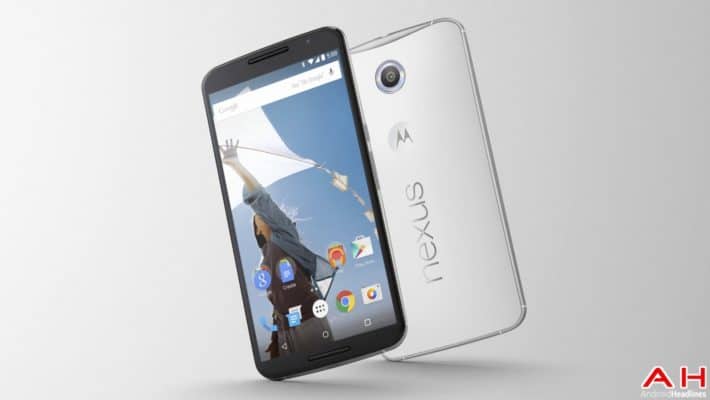 The new Nexus 6 is a BIG device with a BIG price tag – certainly reasonable for what you are getting, but a huge upgrade over what Nexus users are used to paying.  The Nexus 6's pre-orders start next Wednesday, October 29 in Canada, and while we knew that the 32GB model would run a whopping $749, we were not sure what the 64GB model would be pegged at, until now…$799.  These prices are $100 more than what is being charged in the U.S., where we see $649 for the 32GB model and $699 for the 64GB version – it always has been worth spending the extra $50 to double the internal storage, especially when there is no room for expansion.

With the Nexus 6 now being sold by the carriers as well – I am sure that Google saw the writing on the wall with the higher prices and the need for subsidies for many buyers – we are not sure what direction they will go.  The best we can guess is that pricing will be similar to the Samsung Galaxy Note 4 with a two-year contract price between $299 to $329, which will make the Nexus 6 more affordable for a lot of people.

The new Nexus 6 really takes a departure from the past Nexus line of smartphones – they were always mid-high end when it came to specifications and while they were well-built, they were never what you would call a premium looking product.  Mediocre camera and sound, generally a step below the best display and processor – heck, they have to keep the price down somehow.  This year, Google pulled out all of the stops with a beautiful design, huge 6-inch display, QHD at that, the best processor on the market…the Snapdragon 805 (same one used in the Galaxy Note 4), and dual stereo front-facing speakers!  It almost seems as though they decided to go head-to-head with the iPhone 6 Plus and Galaxy Note 4.

All of these upgrades led to sticker-shock for most of the loyal Nexus uses that used to saying each year, "Oh yeah, $350, let me get my pre-order in," but now a $649 to $699 price tag tends to make most users apply the brakes just a little.  Please hook up with us on our Google+ Page and let us know if you are still going to buy the Nexus 6 off-contract, as in the past, or will you opt for a two-year contract…or pass on it altogether…as always, we would love to hear from you.