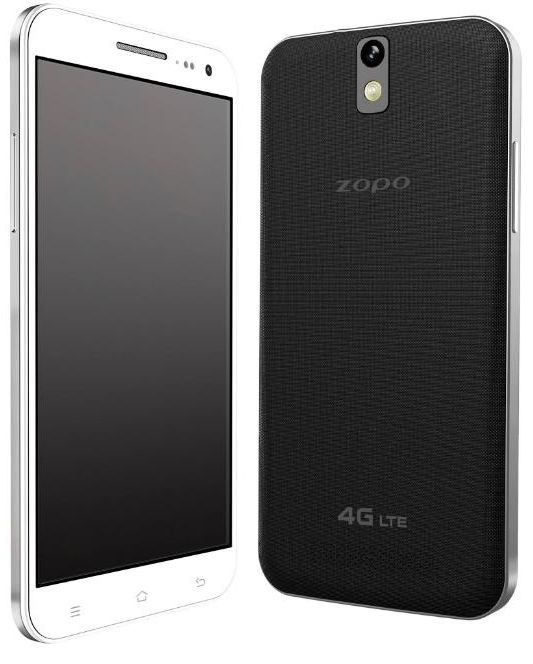 If you think that the only MT6595 phone around, the Meizu MX4 isn't your taste, then we have some good news for you. You may or may not have heard about Zopo, but it's a fast rising manufacturer from the Far East… it calls China its home. The company has been rolling out some decently spec'd smartphones since a bit over a couple of years, and in the meantime, has managed to build itself quite a goodwill among buyers in China and otherwise. Coming back to the point of this discussion — the MediaTek MT6595 — Zopo has announced the Zopo ZP999 'Lion Heart' smartphone, which comes with the very processor. Well almost, because it is in fact a slightly under-clocked derivative — the MT6595M.

The Zp999, as the name suggests, is a successor to last year's ZP998. The ZP998 was the world's first octa-core smartphone to be powered by the MediaTek MT6592; Zopo however couldn't manage the feat this year with the MT6595 thanks to the Meizu MX4 that came in earlier. If you fancy the Zopo ZP999, there's quite a few entrepreneurial souls in China that are offering to ship the device at a slight cut above the MRSP, but Geekbuying seems to have gotten a deal that's worth taking a look at.

They're offering the ZP999 (3 GB RAM) for US$399 .99 with a load of accessories that include a smart band, a Xiaomi Mi Key and even a screen protector. This does look like a good deal to us, what say? If you don't want to spend too much, you could also look at the 2 GB RAM bundle of the ZP999 that Geekbuying have going. Please bear in mind that the device isn't yet available for purchase and this is only pre-order. The listing says that shipments will commence 7th November.