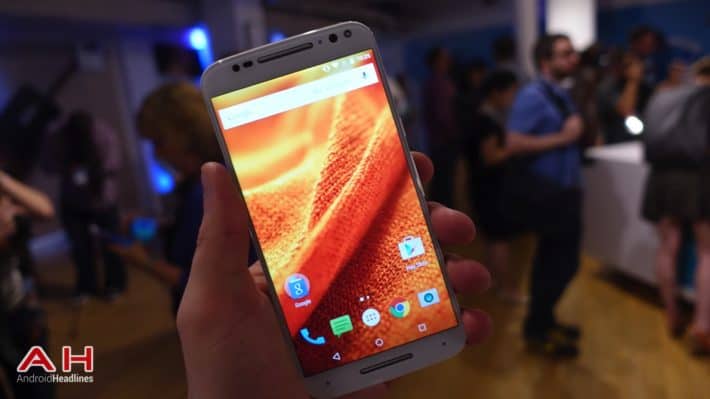 Back in April, I was due a smartphone upgrade. I eventually narrowed the choice down between two devices, the HTC One (M8) and the Moto X. I don't think I could have taken a bad decision because each device has its own particular strengths and weaknesses compared with the other, but I remember rebooting the Moto X and absolutely loving Motorola's custom animation. There are many things to like about both devices but I certainly didn't expect a funky animation when powering up the Moto X. This animation had also changed from the first time I'd used one back in February (the UK didn't get the Moto X until six very, very long months after being released in the USA). We're now seeing reports over at Droid Life that the original Moto X has received a new boot animation, which you can watch below:

If you have the 2013 Moto X, this update will be silently pushed to your device; go ahead and give it a reboot to see if you have the new animated logo. We expect it to arrive on the other devices in the next few days. Motorola's Moto X, G and E devices have a number of quirky features that only become obvious over a period of time with the device. The customised boot animation is not something that I would personally see very often as I do not often turn my handset off, but I know that some of my family members turn their devices off at night and turn them back on the following morning (usually). They'd notice the new animation pretty quickly!

As for the original Moto X, this device is now letting a little long in the tooth. It's still one of my favourite devices as it's a great 'phone if you don't care for wowing your buddies with a random sequence of numbers meant to indicate the processor speed. The X is based around a customised Motorola chipset called the X8, which pairs up a dual core Qualcomm Snapdragon S4 Pro with 2 GB of memory and 16 GB of storage. There's a 10 MP camera on the back and a 720p resolution 4.7-inch AMOLED screen on the front. Things are kept powered up by a 2,200 mAh battery plus a 4G radio. However, the Moto X is not about on-box specifications but instead it's about the software features: the X benefits from always-listening Moto Voice, clever use of the AMOLED via Moto Display and Moto Assist, that interprets when you are driving or busy in a meeting and doesn't distract you. With the new Moto X having been announced, the device has (finally) been reduced in price in the UK. Yes it's an older device, but I prefer it over many of the current mid-range devices.