The Galaxy Alpha and Galaxy Note 4 have aluminum frames, but the upcoming Galaxy A5 and A3 are reportedly continuing with the aluminum unibody love. According to several leaks, the most recent coming from AndroidMX in Mexico, these devices will have aluminum unibody designs. These are both mid-range devices and could be available before the year ends. They exactly like what you would expect from Samsung right now, but the aluminum body should add a premium feel to both of these phones.

The Galaxy A5 has a model number of SM-A500F and will drop with 5-inch, Super AMOLED display. It should have a 13-megapixel rear-facing camera, a 5-megapixel front-facing shooter, and run on a Snapdragon 400 chipset. It will ship with 16GB of internal storage and a 2,330 mAh battery. The A5 will have a non-removable back, too. The aluminum frame will apparently have some kind of shell made from a “unique material” that could be plastic, or metal, or neither. This part of the rumor is based on information from the people leaking the info. They say that the device doesn’t feel like plastic or metal, but it does feel cold. The Galaxy A5 is supposed to be priced at $400-450. The use of a different material for the shell could be a cost-cutting effort.

The Galaxy A3, or A3 Alpha, could have dual-SIM card slots. It will have LTE connectivity, as will the A5 and another device called the Galaxy A7 that is in the works at Samsung. The A3 is a smaller device than the A5, and the A7 will be a larger device with a 5.5-inch screen. The A7 should retail for around $500. These three devices are supposed to succeed the Galaxy Alpha in the mid-range device space for Samsung. They will be less expensive devices that have less powerful processors, but will have a premium feel and decent cameras in them. These phones will be probably be targeted at Europe, as well as Central and South America. 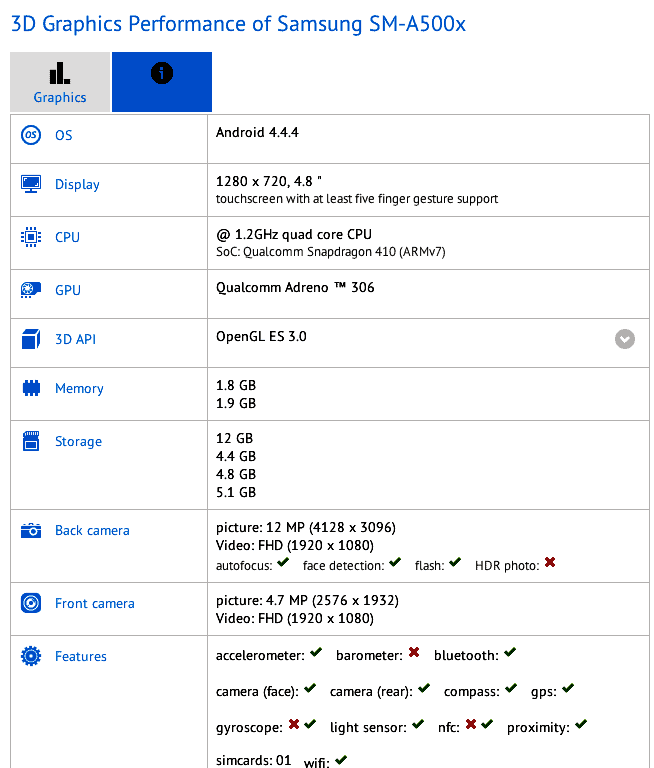