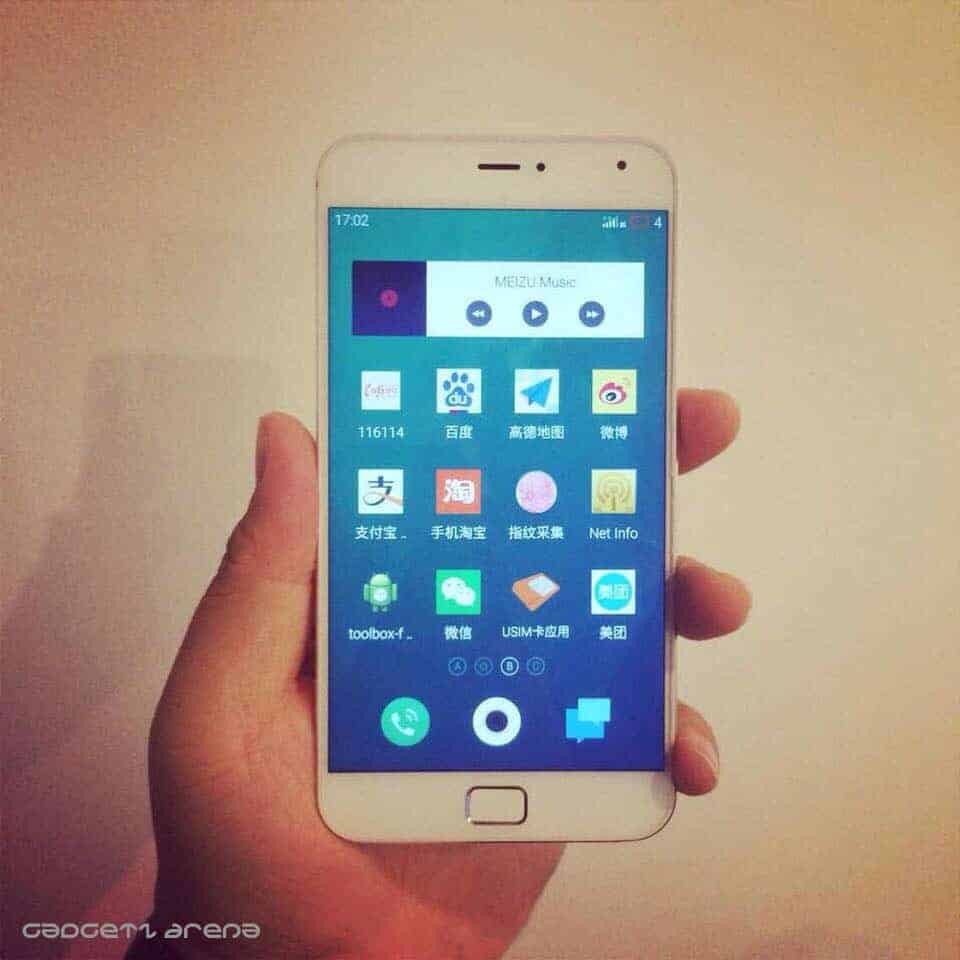 Meizu already confirmed that the Meizu MX4 Pro will launch in November. We've seen many leaks when it comes to this device though not much official info just yet. Meizu VP did confirm MX4 Pro will sport a fingerprint scanner though, it will be placed below the screen instead of the "dot" we've seen on the MX4 (and previous MX devices). We've already seen some renders and images of MX4 Pro and now we have a new one to share with you, courtesy of Gadgetzarena. This time around we're not talking about a render, but an actual photo which matches with the one leaked earlier this month. The button on these images doesn't match the oval button which was picture don the renders which leaked recently, that's a shame, I liked that version better than this square one, but that's just me of course. The device looks good though, similar to the MX4 it seems, as far as the general design is concerned at least. Do you like the device shown in this picture?

Meizu MX4 Pro will quite probably sport a 5.4-inch 2K display (by Sharp) along with 3GB of RAM for all your multitasking needs and will reportedly be powered by Samsung's Exynos 5430 octa-core chip. 20.7-megapixel camera which is included in the original MX4 will quite probably be included in MX4 Pro as well. These are only rumors at this point though, the spec list might look completely different once the device launches. Let's assume the rumors are spot on though, this device is significantly more powerful than the original MX4, so I guess Meizu wants to position MX4 Pro as company's new flagship device. MX4 Pro will reportedly cost around 2,499 Yuan ($408) once it launches, at least in China. The international price will be higher of course (if Meizu opts to make it available abroad that is). Considering the specifications and the build of this device, 2,499 would be a steal for this beast. Let's not get ahead of ourselves though, most of the information we have thus far are rumors and we really don't know if this device will truly carry the specs listed above, or the price for that matter. Let's wait and see what Meizu has to offer.