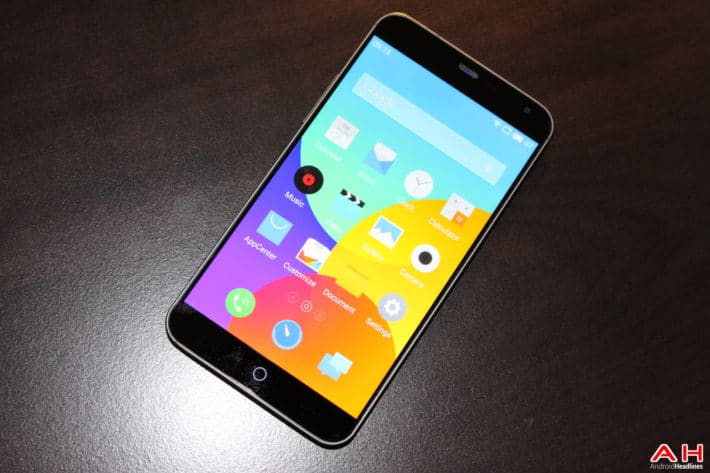 The Meizu MX4 is already known as a very VFM (value for money) affair by the tech community, in and outside of China. At just 1799 Yuan, or roughly US$290, the MX4 offers some serious hardware. This includes the MediaTek MT6595 SoC, which is by far the most powerful chipset that Taiwan's MediaTek has produced. It runs on a big.LITTLE architecture through it's eight cores to deliver some cutting edge performance.

The MX4 is also Meizu first ever international device. No, they're not available at the neighbourhood store, but you can purchase the MX4 from Meizu's own international store, MeizuMart.com. At the moment, the pricing for international customers is quite a bit higher than the standard price in China, but that is something which could change very soon. 'Double Eleven' or 11th November (the date reads 11/11) is quite a big deal in China if you aren't aware, and that's exactly when Meizu are said to be planning to cut down on the price tag. There's no word on how much the MX4 will cost after the price cut, but the Chinese sort of have a 'thing' about price tags that end in -99. This is the case here as well, and the MX4 is expected to cost 1×99. Unfortunately, even the most experienced mathematician will not be calculate for x unless Meizu announce the pricing. Meizu could make it 1699 Yuan and make buyers happy, or make it 1499 to sit back and enjoy the frenzy that follows; it'll be interesting to see.

A lot of brands in China offer products at discounted prices on 'Double Eleven' or November the 11th, but these are usually either limited in stocks or have a limited duration. We suspect it is going to be the case with the Meizu MX4 as well, so if you are a to-be Meizu MX4 buyer then do not expect the reduced prices to reflect on re-seller stores, or Meizu's international store itself.