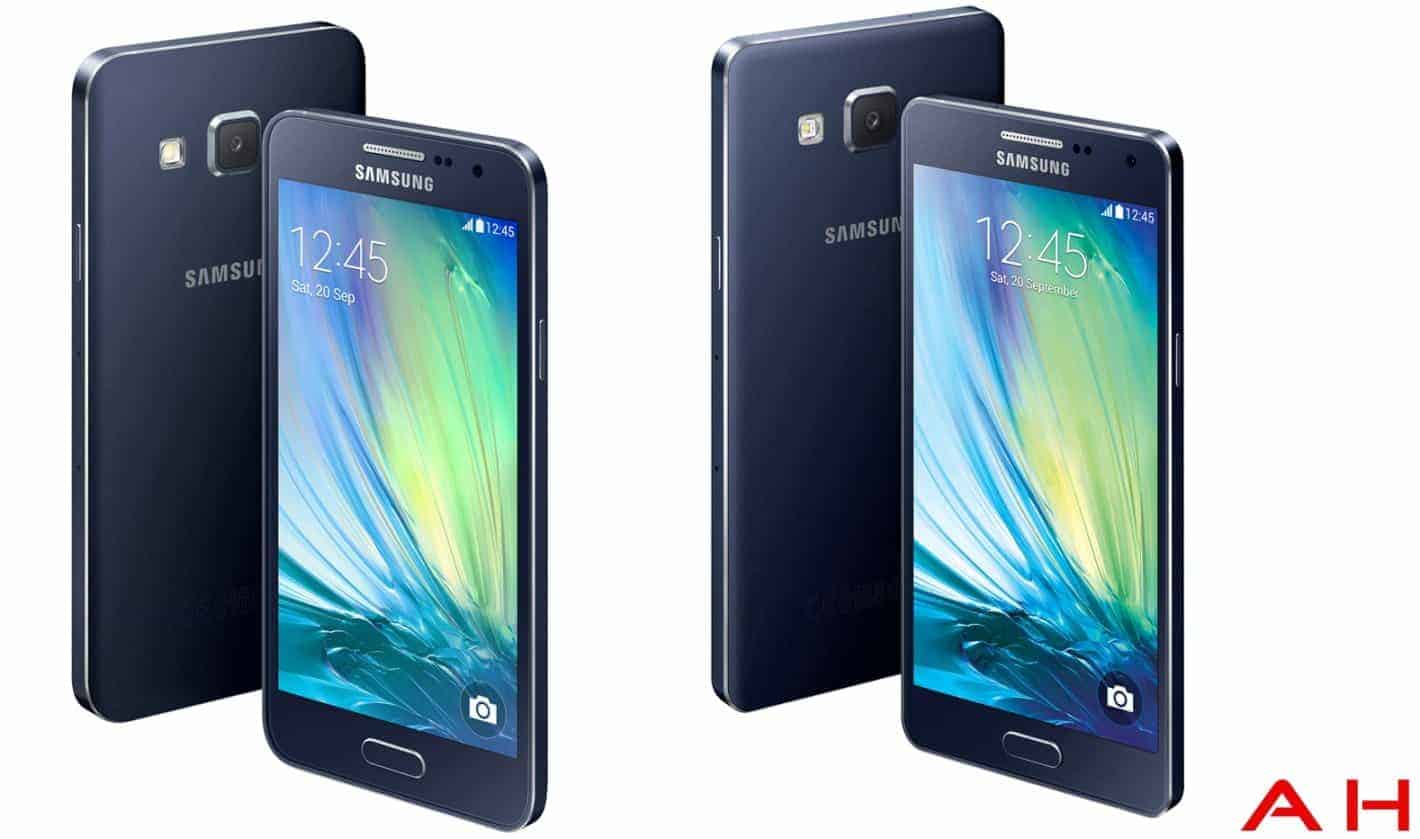 Samsung has today announced two new devices which are joining the rather broad Galaxy range family.We had seen these devices hitting the news recently in various rumors, leaks and pre-release information however now they can be formally introduced. Meet the Samsung Galaxy A3 and Samsung Galaxy A5. Both devices are relatively mid-range (compared to Samsung's flagship devices) but both come rather well specced nonetheless. The most notable features of the A3 and A5 is that they are both rather thin devices and come with full metal constructed bodies. The A3 and A5 are being touted by Samsung towards the younger generation with a high emphasis on the selfie culture and social networking. To sum up and in Samsung own words the A3 and A5 are "beautifully crafted full metal unibody, slim design, superior hardware and the best possible social media experience".

To add to their youthful nature both the A3 and A5 will come in a variety of colours including Pearl White, Midnight Black, Platinum Silver, Soft Pink, Light Blue and Champagne Gold. While being colourful they are also the slimmest devices Samsung have ever made with the A3 measuring 6.7mm and the A5 6.9mm. As they are designed for socializing both the A3 and A5 come with 5MP front facing camera so the selfies you upload to your social networks will show you in the best possible light. As well as the decent MP level, the devices also come with selfie oriented software features. These include what Samsung dub Wide Selfie, Palm Selfie, Animated GIF feature and a Beauty Face feature to presumably add the perfect finishing touch to your selfie image. It is also worth noting Samsung have introduced a feature which automatically detects and focuses on users faces to help further snap the perfect selfie. There are similarities between the two on the inside too. Both the A3 and A5 come with Super AMOLED displays and utilizing Adaptive Display Technology. In addition, both the A3 and A5 come loaded with a 1.2GHz Quad-core processor. Now the similarities between the two are known its time to quickly look at what each device offers individually.

The Samsung Galaxy A3

The Samsung Galaxy A5

The Samsung A5 is the bigger of the two devices offering a 5" HD Super AMOLED display with a 1280 x 720 resolution (294ppi). Inside the A5 offers an increased 2GB RAM along with the same 1.2GHz processor. In terms of memory the A5 also offers 16GB internal storage along with the microSD card slot (up to 64GB). As well as the 5MP front facing camera the A5 comes with an increased 13MP rear shooter (with LED flash). Additional features offered on the A5 include a 2,300mAh battery, WiFi, Bluetooth 4.0 and NFC (LTE variant only). The A5 measures 139.3 x 69.7 x 6.7mm, weighs slightly more at 123g and also comes running on Android 4.4 (KitKat)

If you like the look of either the A3 or the A5 then both devices will be available to purchase in November and are set to be released in "Select Markets" including China. Unfortunately, prices and further availability was not provided although it will only be a matter of time before we know more. So what do you think of the A3 and A5 and their more social and selfie nature? Which would you go for?