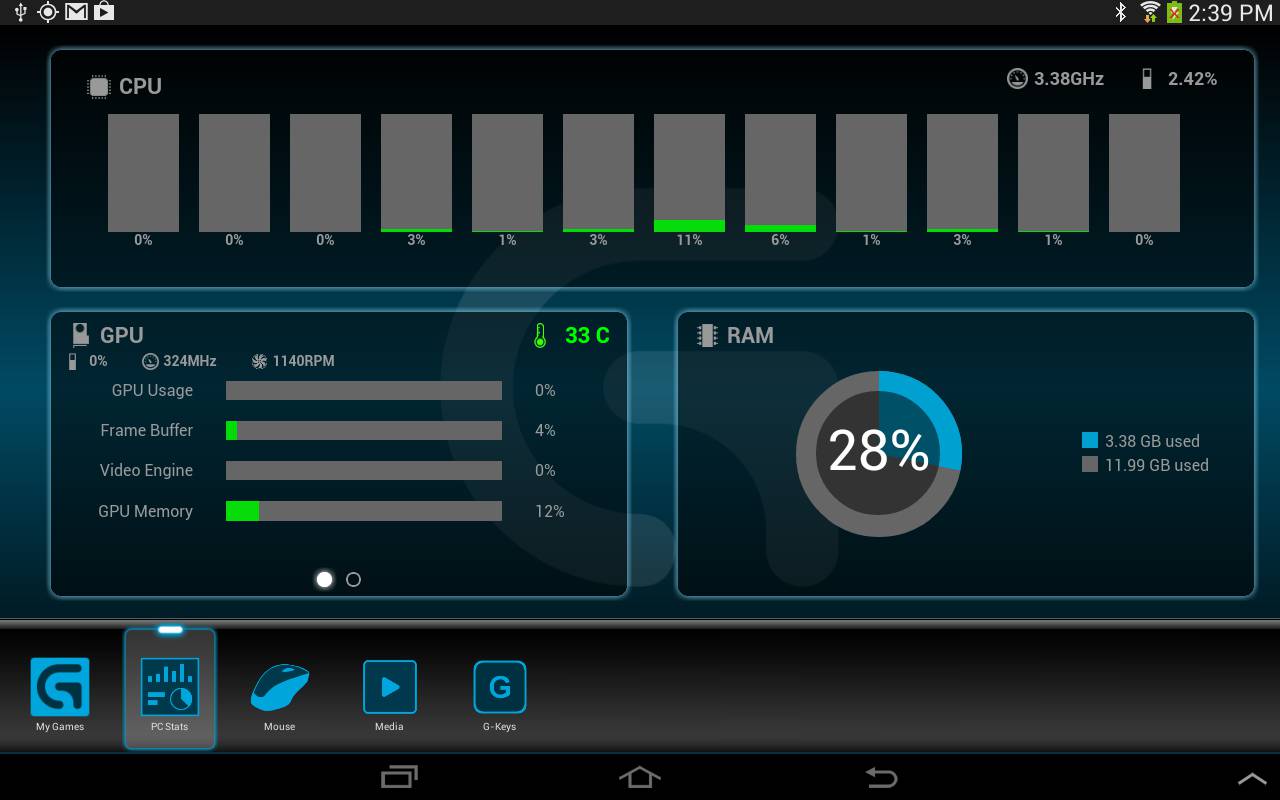 If you play games on your PC, chances are that you like to have a handle on what's going on with your system performance and stats at all times, or at least any time you want to take a look. Generally we can buy PC gaming peripherals that will do this job for us, and list all the performance and system data on the equipment like the keyboards and mice we use. There's always of course the option of second screen too, which in some cases might be a better alternative, especially if you like reading things on a larger display for easier viewing.

Logitech wants to take this idea and run with it, and so that's exactly what they have done with their most recent update to the Logitech Arx Control application, which allows PC gamers to utilize their Android smartphones and tablets as the second screen to display system data and performance stats while they're playing games. The app works together with Logitech gaming software, which you'll need installed on your PC for the app to do any good. The app doesn't just let you view system stats and performance though, it also gives you the ability to view in-game information in real time while you're playing if it's a supported game, which is just about as useful as things could get.

It also has some PC remote control functionality, allowing you to control the media settings from your tablet or smartphone, which can come in handy should you need to change something while in game and can't or don't want to tab out just to take care of it. Knowledge is power, and the app gives you that power by helping you stay informed of vital system data while you play games. It can also help you see all your installed games on your PC should you ever have the need or desire to check. The app is free to download and install, and we'd assume that the Logitech gaming software that it syncs with is free too. If you use Logitech gaming peripherals and you could have a use for what this app provides, you can grab it here.