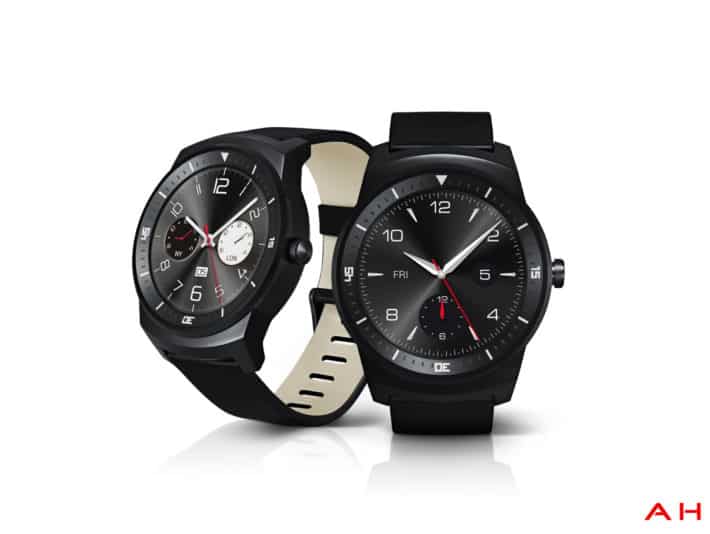 The world seems to have gone mad this year for wearables and in particular smartwatches. Although both Samsung's and LG's first attempts did not grab the public's imagination, the release of Motorola's Moto 360 certainly did. As the specs between the three watches were not wildly different the big selling point of the 360 seemed to be the fact that it was round. Yep, it might sound fickle but when it comes to a watch, we like them round. Since then a number of the big companies have announced they will be releasing round(er) watches. LG was one of the first of the tech companies to catch on to the 360's round success and immediately announced they too would be releasing a round watch called the LG G Watch R. Catchy huh!

It now seems LG are in a rush to make sure they get the device to market. LG has now confirmed the G Watch R will be released in South Korea on October 14th, which is what we previously reported the launch date to be. Now here is the kicker. The price tag for LG's round watch is 352,000 South Korean Won. To put this into perspective that is a whopping $328 which is significantly higher than any other Android Wear smartwatch and eclipsing the Moto 360 which is currently priced at $250 in the US. Now it is worth remembering that although this is the price listed for South Korea that does not mean it will be the same price when it finally gets released elsewhere in the world. However, it is equally worth noting that it is highly unlikely the watch will be much less and as such will certainly be the most expensive Android watch to date. Recently a UK retailer began taking pre-orders for the G Watch R at a price of £220. With this in mind (and the current confirmed South Korean price) it is likely the US price will be somewhere near the $300 mark.

So what do you get for such a big price tag ? Well then, here comes the numbers. The LG G Watch R offers a 1.3" Full Circle P-OLED display with a 320 x 320 resolution. Inside, the device comes with 512MB RAM, 4GB internal storage and is powered by a Qualcomm Snapdragon 400 processor (clocks at 1.2 GHz). The device runs on Android Wear (compatible with Android 4.3 and up) and includes features such as an accelerometer, compass, pressure sensor and heart rate monitor. One of the biggest issues with the moto 360 was the battery which was only rated as a 320mAh battery. LG are hoping to make sure they do not make the same mistake by including a significantly bigger 410mAh battery. Lastly, the watch comes in black and weighs 62g. So how does it sound? A week ago if I asked would you buy the G Watch R, most people would have said a very clear 'Yes'. However if the device is priced (anywhere near) $350 or even $300 would you still be interested? Are you willing to pay such a high price for a smartwatch or do you think LG will be over-reaching if they price it similar elsewhere? Whatever your thoughts, let us know.