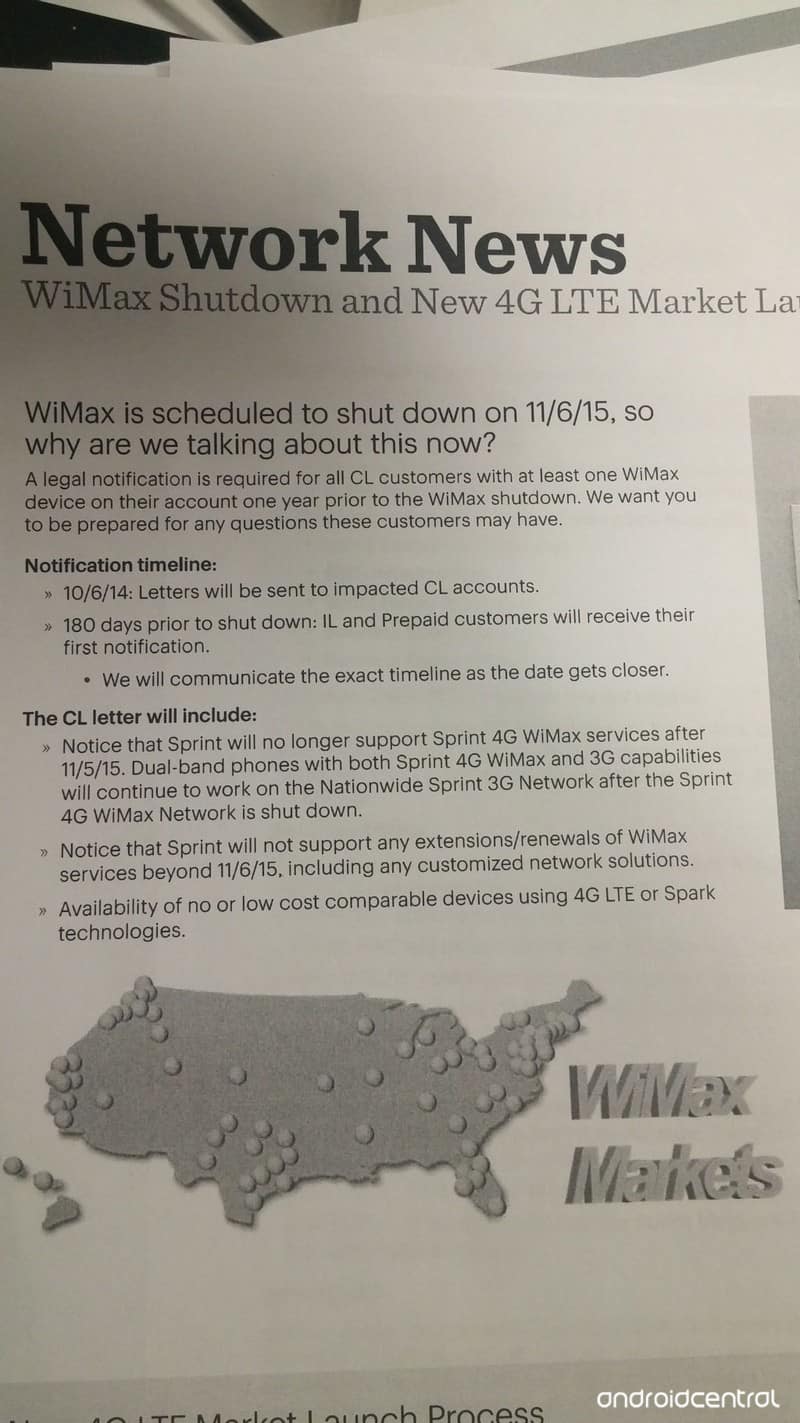 We've known for a few months that Sprint had planned to shut down their WiMax network in 2015. We just didn't know exactly when in 2015. Now we're seeing a leak out of Android Central, of a newsletter that tells us it'll be shut down on November 6th of 2015. And letters will be sent out to affected customers on October 6th of this year, that's this Monday. The letter will basically say that they are shutting down their WiMax network and WiMax smartphones will no longer work on their WiMax network. But since most of those devices do also support 3G, it'll still connect to Sprint's nationwide 3G network. There's likely to be a not and a deal for you to upgrade to a 4G LTE device as well.

Sprint started with WiMax back in 2010. They were actually the first carrier to start 4G, they just picked the wrong technology, unfortunately. While the others went with 4G LTE. Even though T-Mobile built out it's 4G HSPA+ network a bit more than AT&T, both of them were marketing HSPA+ as 4G, when it isn't. However, now all four have 4G LTE networks, obviously AT&T and Verizon's are the largest, with T-Mobile and Sprint catching up. Sprint will be able to reuse this WiMax spectrum. WiMax is using the 2500MHz band right now, which is one of the three bands used in Sprint Spark. So we should see some speed boosts there as well. Although WiMax didn't make it to a lot of cities, at least officially. So it shouldn't take them long to push that over to LTE.

How many of you Sprint customers are still using WiMax devices on Sprint's network? Are you holding out for something special to hit the Now Network? Let us know in the comments down below.