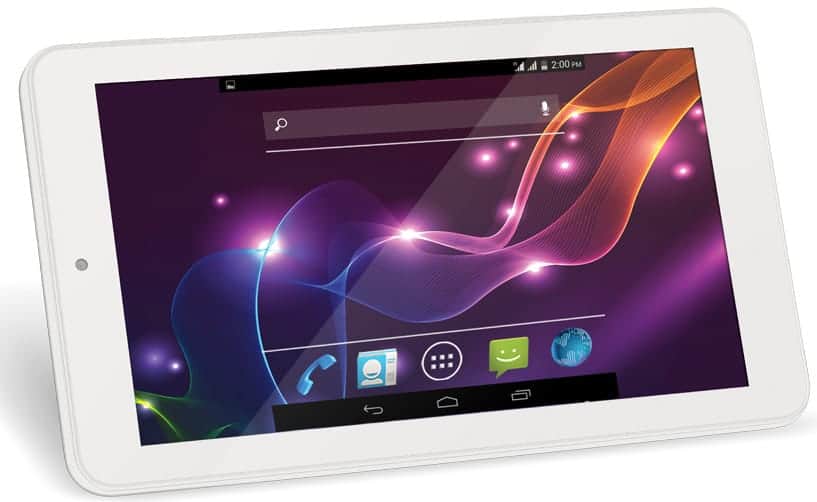 Domestic Indian brand Lava has been pretty active on the smart devices scene through the past couple of years. The vendor has been constantly announcing phones and tablets, some of which are pretty popular in it's target audience. For instance, the Lava Iris X1 — a mid-rage, quad-core smartphone — still has an extended TVC that plays during primetime. The company is apparently looking to expand its portfolio, and for that, it has launched the Xtron Z704 Android tablet.

7-inch tablets aren't the most popular these days, but Lava probably sees potential in the screen size, which is why the Xtron Z704 has a 7-inch 1024 x 600 pixel display atop. It's powered by none other than MediaTek, a fabricator that's turned into a poster boy for all things budget and affordable. MediaTek has a separate line of SoCs for tablets; these go hand-in-hand with its lineup for smartphones. In this case, the Xtron Z704 runs a MT8127 chipset which has four Cortex A7 cores akin to the MT6582 (for phones) along with 1 GB of RAM to power the tablet as a mid-range multitasking device. A Mali-450 GPU handles graphics on the device, which also benefits from H.265 decoding on-the-go.Other specifications of the tablet include: a 2 MP rear camera, a VGA front-facing camera, 16 GB of on-board storage which can be expanded up to 32 GB using MicroSD, and a 4000 mAh battery, which should take users of the device through some decent hours of usage on a single charge. The tablet also has support for 2G data via SIM, but it appears as though there's no support for voice calling on carrier.

The device has a very phone-like design, which makes it look more like an extrapolated smartphone than a tablet per se. It'll be available for purchase in India both online and in stores for 6,499 INR, or roughly US$105. Lava will only be offering a White colour variant of the device.