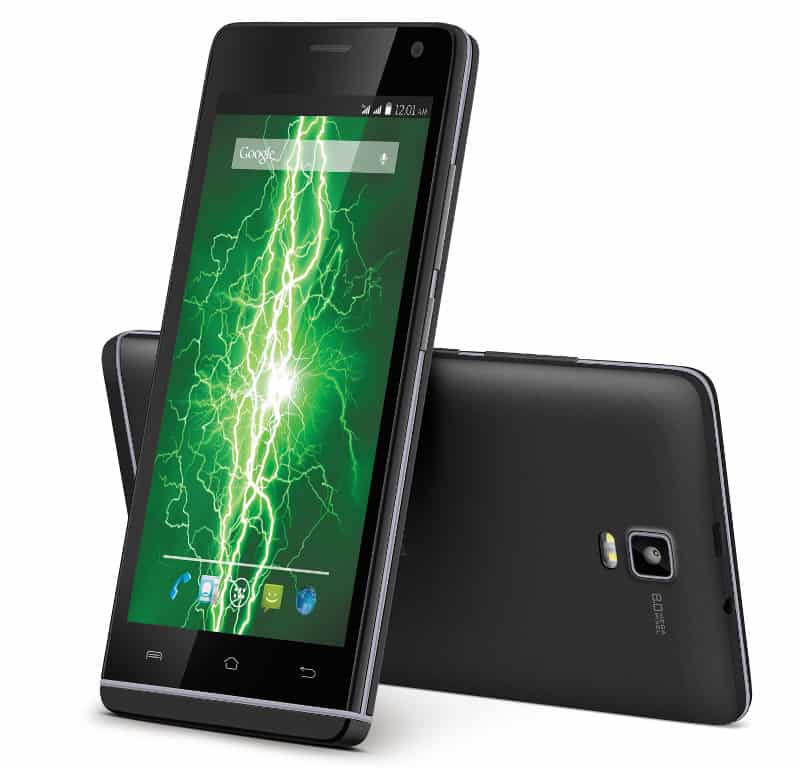 Lava International is one of the fastest growing Indian 'phone and tablet manufacturers. Lava were founded in 2009 and are on target to become a $1 billion company by the end of next fiscal year. They manufacture a range of feature phones, smartphones and tablets, including the IRIS series running Android. They have an in-house product testing facility in China with research and development in India (they're the only Indian smartphone manufacturer to have in-country research facilities).

We've word today that they're introducing the Fuel series of devices, starting with the Iris Fuel 50, going on sale for Rs. 7,799, $125 or £80. This is a dual SIM, 3G Android handset running what looks like a stock version of 4.4.2 Kit Kat. The screen is 5.0-inch in size and unfortunately only 854 by 480 pixel in resolution. It's powered by a 1.3 GHz quad core processor with 1 GB of RAM. Around the back you'll find a 8 MP main camera complete with dual flash. There's a 2 MP front facing camera for selfies. However, the handset's champion feature is the 3,000 mAh battery, which LAVA promise will deliver a day and a half of battery life. Lava's focus with the Fuel series and of course the new Fuel 50 is that they're building a smartphone to deliver solid battery life without needing to carry additional battery packs.

Lava's research points towards consumers wanting long battery life and it's no surprise that the Fuel 50 has a few compromises towards this. It's quite a large, heavy device, coming in at 160g, but has a relatively low resolution screen. The advantage of the lower resolution display is that it gives the hardware less work to do, so the processor and video hardware don't have to push as many pixels around the display. It's unclear what the processor type is under the Fuel 50 but I suspect it's a MediaTek ARM Cortex-A7 processor, so optimized for lower power consumption but it should be responsive running the stock interface, even with 1 GB of RAM.

Hari Om Rai, Lava International's Chairman & Managing Director, confirmed that Lava are to release more (Fuel) products at different price points. Perhaps we can expect a larger, higher resolution model with an even higher capacity battery in the coming months? We may also see a model sporting 4G LTE coverage to capitalize on India's small but rapidly growing LTE network.